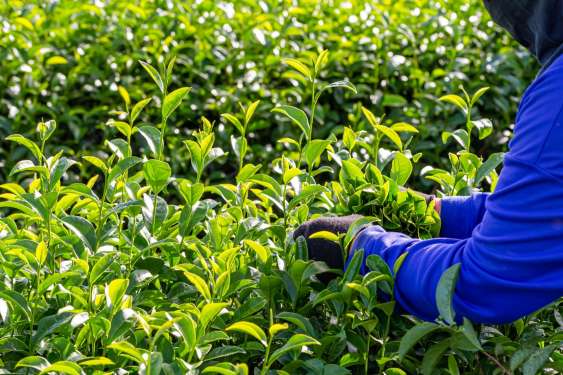 The Dar auction is likely to invite producers in Zambia, Malawi, Mozambique, and Zimbabwe to participate, saving tea growers who have always seen Mombasa as a far distance auction, transportation expenses.

With hitches in Mombasa tea auction, Tanzania opts for its own

The Dar auction is likely to invite producers in Zambia, Malawi, Mozambique, and Zimbabwe to participate, saving growers who have always seen Mombasa as a far distance auction, transportation expenses.

Tanzania has announced plans to roll out its own tea auction, a move that would tap major players from the country as well as from neighboring Rwanda, Burundi and Uganda, shrinking the turf held by the Mombasa auction.

The country’s push for an auction is driven by the need to lower transport costs to Mombasa and boost farmers’ earnings.

The reach is expected to be even bigger. The new tea auction will be conducted by the Tanzania Mercantile Exchange (TMX) via an online system, whereby buyers across the world will be able to get the opportunity to participate. First incorporated in 2014, the exchange provides futures clearing and settlement services. It also maintains a central securities depository.  The TMX primarily lists agricultural futures, with sesame seed futures accounting for a large portion of trades.

The Tanzania Board of Tea (TBT) announced that the exchange will be based in Dar es Salaam with the board now waiting for the Warehouse Receipts Regulatory Board’s approval of the two warehouses with a capacity to store 13,000 tonnes of tea at once.

Tanzania’s farmers have the capacity to produce six to seven million tonnes of tea per month. Unlike its East African counterpart, Tanzania’s tea sector is majorly dominated by commercial plantations cultivating 11,272 hectares while smallholder farmers have about 11,445 hectares.

The auction is likely to invite producers in Zambia, Malawi, Mozambique, and Zimbabwe to participate, saving growers who have always seen Mombasa as a far distance auction, transportation expenses.

Construction of warehouses for bulk tea storage as well as other infrastructure improvements are in top gear with rising expectations of getting better prices than for Tanzanian tea sold in Kenya.

Currently, more than 32,000 smallholder farmers are engaged in the sub-sector with on average 40,000 to 60,000 people employed in farms and factories. However, over two million are engaging in the tea value chain.

The change comes at a time when Kenya is moving to reform the tea sector including the undertakings of the Mombasa auction to tame loss of revenue and poor payments to local farmers.  There have been fervent appeals by tea farmers and other stakeholders to the government to intervene and steady stabilize the dwindling fortunes of the tea sector.

In extreme cases, there have been instances where some farmers have uprooted tea bushes in protest thus compounding the threats to the tea sector both as a rewarding enterprise to the farmers but also as a significant foreign exchange earner for the country.

The Mombasa tea auction run by the East African Tea Trade Association (EATTA) has dominated the trade for a long time presenting buyers with an option of harnessing East African teas at a good price.

The auctions are held weekly, on Mondays and Tuesdays. Presently there are offerings from Kenya, Uganda, Tanzania, Rwanda, Burundi, Democratic Republic of Congo, Malawi, Madagascar, Mozambique, and Ethiopia. Producers from as far as New Guinea and Indonesia have expressed their wish to join the Association and have their teas offered in the Mombasa auction. Mombasa is now the only auction center in the world trading in straight-line teas from more than one country.

The East African Tea Trade Association is a voluntary organization bringing together tea producers, buyers (exporters), brokers, tea packers and warehouses, all working to promote the best interests of the tea trade in Africa.

The players in the Mombasa auction have been wary of any effort to introduce reforms by Kenya’s Ministry of Agriculture. EATTA has called for a thorough review of the regulations to avoid hurting the local tea industry. The association said it was particularly concerned that some of the regulations, especially on importers who use the auction to export to the world market, will impact negatively on traders and result in Kenya to lose on the trades.

“If the regulations are too rigid, other regional countries will set up their own auction centers and Kenya will largely lose the advantages that come with having the regional auction center,” said Edward Mudibo, EATTA managing director. The new regulations require those importing tea from other countries for re-export to at least carry-out value addition on 20 percent of their total stocks.

Scaling new frontiers - the potential of 5G for Africa