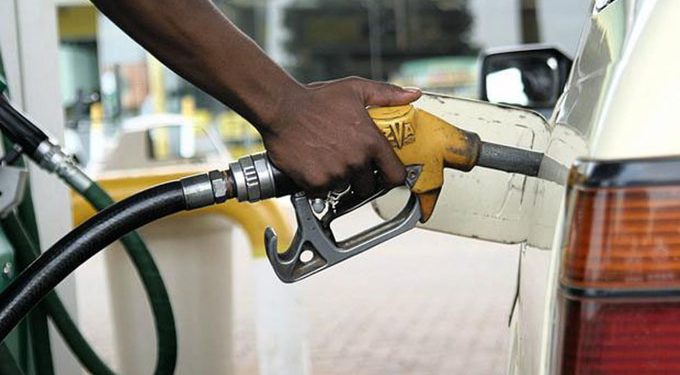 Zimbabwe has seen continued fuel price increases since the beginning of the year.

The Zimbabwe Energy Regulatory Authority (ZERA) has announced yet another round of diesel and petrol price increases, heightening fears of similar hikes in prices of consumer products.

“Please be advised that there has been a review of prices for diesel and blend with effect from 24 June 2022,” read the statement by ZERA.

The energy regulator added that “The public and operators are advised that the blending ratio remains at E15. Operators may sell the petroleum products below the prescribed prices depending on their trading advantages and should display prices in a prominent place as provided for by the fuel pricing regulations.”

ZERA also added a statement that dropped jaws on many faces as it implied that the pricing was subject to mercy by Government. But, if the Government had intervened prices should have been lower than the previous pricing.

“The above prices would have been at Diesel US$2.01 and Blend US$1.84 without Government intervention,” read the statement.

In past comments, the government has attributed fuel price increases to the ongoing tension between Russia and Ukraine which has triggered international crude oil price increases.

According to an article by Zimlive dated June 7, 2022, Energy and Power Development Minister Soda Zhemu said: “Zimbabwe imports almost all of its fuel requirements. Any increase in the price of oil on the international market, therefore, translates into an increase in fuel prices in the country.

“Occasioned by the conflict between Russia and Ukraine, supply of the petroleum products has been constrained, resulting in an increase in the FOB prices,” he said.

“To that end, petroleum price reviews shall be done on a weekly basis to preserve the price of the products in line with the situation obtaining on the international market,” added the minister.

In an article published on June 10, 2022, The Independent said the entire fuel sector has fully dollarized as a result of the introduction of the Direct Fuel Import (DFI) scheme by the Reserve Bank of Zimbabwe in 2019 at the peak of fuel shortages in Zimbabwe characterised by long-winding fuel queues.

Under the DFI scheme, importers are allowed to use their free funds (US dollars) to import fuel and trade it in foreign currency.

The Independent added that the ongoing Russia-Ukraine war is fueling market jitters about a potentially huge supply shock to food and energy markets which will push global prices upwards. With Zimbabwe being a net importer of crude oil, it means that the country is a price taker of these high global prices hence perpetual increase in domestic fuel prices. Russia is one of the largest global producers of crude oil, accounting for about 30% of global crude oil exports. Due to its invasion of Ukraine, large oil-consuming Western countries like the United States, Canada, and United Kingdom have completely banned the importation of fuel of Russian origin.

In a related article, the Independent said in a bid to reduce fuel import bills and cushion the economy from fuel crises, Zimbabwe introduced a fuel import substitution scheme in 2011 to blend petrol with ethanol. Since then, the blending ratios have been fluctuating depending on the availability of ethanol in the local market. After halting petrol blending in January 2022 due to adverse weather conditions such as rains which resulted in inaccessibility of cane fields by machinery, the regulator re-introduced blending on April 25, 2022, at E10 (10% ethanol). The blending ratio has now been increased from E10 to E15.

According to an article by Newsday dated May 2, 2022, Zimbabwe’s fuel consumption increased to almost 1,2 billion litres during the 11 months to November last year, compared to just over one billion litres in 2020, data from the energy regulator showed.

Zimbabwe now has the highest fuel prices, not only in the Southern African Development Community (SADC) but also on the African continent according to globalpetrolprices.com.

In the same article, Consumer Council of Zimbabwe (CCZ) spokesperson Chris Kamba expressed concern over the impact of the fuel hike on consumers.

“There is a need to cushion consumers against incessant fuel price increases because it then impacts a wide range of products,” Kamba said.

Economist Prosper Chitambara said fuel hikes had compounded the woes of ordinary citizens who were already reeling under the effects of inflation.

“We have always had the highest fuel tariff in the Sadc region. I think currently we are now the highest on the African continent. I think it’s on account of the tariff on the fuel sector value chain that is imposing a significant burden. So as long as that tariff structure remains it means our fuel will always be the highest in the region and that erodes competitiveness. It contributes to inflation, more so now because of the geopolitical developments and trends in Ukraine we have seen the price of fuel reaching a record high and Zimbabwe has not been spared,” Chitambara said.

The President of Zimbabwe was expected on Saturday to introduce concrete measures to deal with hiking commodity prices.