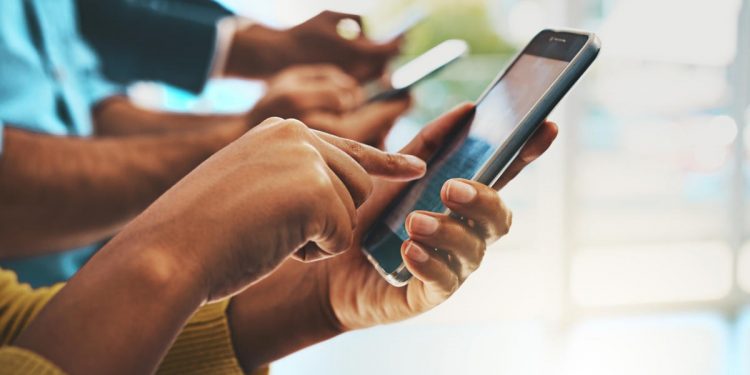 More Africans are getting connected via the mobile phones. This is increasing the speed of technology adoption which is transforming the continent’s economies. [Photo/CIO]

Africa is shifting from extraction and export of natural resources

Africa is in transition driven by a growing workforce, increased stability and technology adoption which are transforming the continent’s economies.

These advances are making the continent less dependent on extractive industries since there is notable diversification.

According to EY Global, Africa is shifting from extraction and export of natural resources with investors now coming to Africa more for the promise of its people than its physical properties.

EY Global notes that long-term capital inflows have shifted away from petroleum and mining, with more investors focusing on telecommunications, retailing, and services. According to a database of new investments maintained by EY professionals, the extractive industries have only accounted for more than half of FDI once in the last seven years.

The trend is considerably more severe in Sub-Saharan Africa’s 46 jurisdictions. Extractives accounted for more than half of investment in the region in all but one year from 2005 to 2011, but the trend reversed over the next seven years (ending in 2018, the most recent year for which full and final data is available).

However, long-term trends, assessed in decades rather than years, demonstrate that African countries are becoming increasingly appealing as investment locations. All of this is taking place in the world’s last demographic dividend region: Sub-Saharan Africa will soon be the only place on the planet with birth rates at or above replacement level. Telecommunications platforms, agribusiness, and energy are all emerging as new value chains.

However, the shift away from extractive sectors isn’t solely due to improved investment climates in Sub-Saharan Africa – extractives, for example, account for a lesser portion of total investment, but the rate fluctuates in reaction to oil prices. Other countries in the Global South have advanced, resulting in increased labour costs and mature consumer markets, implying reduced long-term profits.

Finally, FDI in Africa frequently comes from state-owned firms and international or bilateral institutions that are interested in more than just economic concerns, particularly for massive infrastructure projects such as ports and railroads

Even if Africa’s improving investment climate is only one of the numerous variables driving the shift, the benefits are self-reinforcing because when one investor constructs a port or a road, another can use it.

With politics maturing, demographics have become an even more stable structural force pushing FDI. The continent’s median age is 18, which is 14 years younger than any other continent. According to Darrell Bricker, author of Empty Planet, Africa is the only continent where the birth rate is guaranteed to remain above replacement. He explains that this trend is not for this week or this year but for a generation.

As a result, for the foreseeable future, Africa will have an increasing number of young customers and workers. That makes the shift away from extractive investment all the more crucial.

As investment flows into more areas of the African economy, investors are considering the continent’s geography in new ways. Rather of focusing on country-level economics, investment rationales are increasingly centred on metro centres, corridors, and regions. Financial-technology centres, middle-class customers, and connectivity distinguish leading cities such as Lagos (Nigeria), Johannesburg (South Africa), and Nairobi (Kenya).

According to research by Fraym, a US consultancy, Africa’s largest cities account for 80 per cent of consumers having disposable income to purchase assets such as vehicles, televisions, and appliances.

Read: Tanzania: A bid for transparency in murky extractive industries

Kinshasa, the Democratic Republic of the Congo’s capital, stands out as a consumer-driven city. It’s on the country’s western outskirts, about 2,000 kilometres from the fighting on the country’s eastern border. “Because of the larger storyline, Kinshasa is an under-told story,” says Fraym CEO Ben Leo.

Leo adds that in Kinshasa, there is scale and a startling degree of consumer power.

Cities have the ability to serve as anchors for regional investment initiatives in the long run, especially with the introduction of the African Continental Free Trade Area in 2019. The agreement also serves as a signal to investors as they assess global supply chains.

In 2018, Africa drew the least amount of FDI capital of any area, and the investment level per project has also decreased. This indicates a move away from investments in the extractive industry, which are often the most capital-intensive. “Investment’s underlying determinants are more diverse now,” Wolfenden argues.

One of the most potent of these new drivers is mobile phones; from 2000 to 2012, the number of mobile phone subscribers in Africa increased by 2,500 percent.

Africans utilize them for both trade and communication, resulting in the creation of a new value chain. According to EY estimations, 18 per cent of the 729 new FDI investments in Africa in 2018 were in the technology, media and entertainment and telecommunications sectors.

The continent’s shortfall of power plants, roads, trains, ports, hospitals, and schools is severe, necessitating an additional US$94 billion in yearly funding until at least 2025.

PPP regulations, government guarantees, long-term contracts and concessions, and dedicated task forces to engage with investors are all hoped to serve as a red carpet for African governments. To ease PPPs in Africa’s largest city, the Kenyan government’s PPP Unit and the Lagos State PPP Office have opened new channels of contact for investors.

These government institutions, as well as international organizations and bilateral aid and development agencies, are sometimes willing to assist investors by providing sovereign guarantees, political risk insurance, money, and tools. The Power Africa programme, for example, brings together the resources and risk mitigation mechanisms of 12 state agencies to supply additional energy to the region, where two out of every three people lack dependable access.

You can access the whole EY Global piece here.