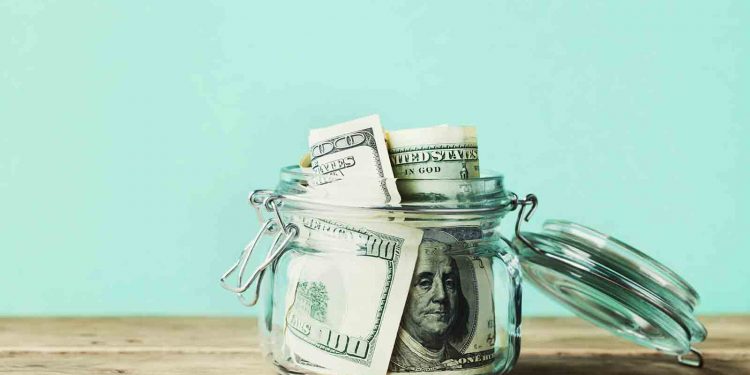 Much progress has been credited to money transfer services that were introduced by mobile network operators (MNOs) in 2008.

by Opinion
in African Entrepreneurship
0
Share on FacebookShare on LinkedIn

Financial exclusion remains a major issue especially in the informal sector. Expansion of services in this area by banks will not be very easy because of the special situation and needs. This article suggests that while structural solutions are expensive and nevertheless must be pursued, banks should think of designing a process response to the problem, drawing on the experiences and practices of the traditional lenders.

Much progress has been credited to money transfer services that were introduced by mobile network operators (MNOs) in 2008. These services are also supported by a network of agents across the country offering a range of services and products, whereas the traditional bank-dominated financial system remains mostly urban-based and is still unaffordable for the vast majority of Tanzanians and their businesses.

Where ordinary citizens once had to enter into risky arrangements to send money urgently to their families, mobile money services have almost eliminated this risk and drastically reduced the time and cost transactions used to take.

Both banks and MNOs have moved further to offer products at an affordable cost, such as insurance and credit, as well as offering platforms for paying utility bills.

According to research made by Cardiff University titled Inclusive Growth: Tanzania Country Report … About 56% of Tanzanians borrow money to meet their consumption and social needs. The primary source of loans for 63% of Tanzanians is still informal networks, such as friends and family, while 17% of Tanzanians use mobile network loans, and only 7% of people seek credit from banks.

However, to illustrate the banking sector’s enduring central role in providing savings and credit services, at the end of 2016, the value of mobile money stocks—money deposited in trust accounts by mobile operators in commercial banks—accounted for less than 3% of total bank deposits. Loans extended through mobile money products were estimated to make up less than 1% of the total value of bank credit

More than 40% of formal Tanzanian enterprises have identified access to finance as the most significant constraint to doing business. And with a 17.1% ratio for credit to the private sector to GDP, Tanzania is in fact lagging behind in the region and urgently needs reforms to improve access to bank credit for its micro, small, and medium-sized enterprises, which can be a conduit for accelerated poverty reduction. This was from research by the Tanzania National Council for Financial Inclusion (2014 – 2016).

“Around 2 billion people don’t use formal financial services worldwide and more than 50% of adults in the poorest households are unbanked. Financial inclusion is a key enabler to reducing poverty and boosting prosperity”

Despite these significant developments and setbacks, full financial sector integration continues to elude Tanzania. Financial integration is vital for promoting and sustaining growth through several means, including the mobilization of savings to allocate them to households, businesses, and government for productive investment and development activities.

Since 2008, the Bank of Tanzania (BOT) has created an enabling environment for the expansion of financial inclusion, and the number of Tanzanians with access to financial services has continued to grow. Vigorous enforcement of laws and regulations such as mandatory mobile phone specifications, know your customer requirements, and new excise duties and value added taxes coincided with a decline in the use of mobile money and bank account ownership.

Until 2018, Tanzania has maintained strong macroeconomic performance amid a challenging global environment, averaging 6%-7% annual real GDP growth for the past decade. The World Bank Group’s latest Tanzania Economic Update says even higher growth is needed to make an impact on the 12 million of its citizens still living on less than $0.60 per day and the 800,000 young people who enter the labour market every year.

To achieve this, however, Tanzania needs to do three things: maintain macroeconomic stability; have effective public investment; and introduce structural reforms, including supportive policies for promoting private sector investment and growth.

There are some approaches that can be adopted in order to continue to promote the rate of financial inclusion.

There has been a notable increase in the use of bank-led mobile banking services, as the number of subscribers increased; however, despite this increase, few people subscribe to and use bank-led mobile banking services.  The fact remains that this channel serves only those who are already banked with limited impact to financial inclusion, except one may be attracted by the availability of convenient services.

Survey results reveal that five out of ten banks highlighted complicated Know Your Customer (KYC) requirements as one of the main service barriers. The regulatory authorities should therefore consider allowing banks to apply some differentiated measures relating to KYC requirements. Thus more simplified measures could be applied according to the (potential) customer’s profile.

Lowering the risk of loan loss

Lending institutions can lower their risk of non-payment of loans through instituting better selection of borrowers and improved loan recovery, and by reducing disincentives for lending to the private sector. Increasing the number of individuals and businesses that have access to credit is critical for informal micro-entrepreneurs to access investment and working capital in order to support their operations.

However, the introduction of agent banking has significantly contributed to reaching the underserved. Commercial banks should therefore consider promoting this channel which has been proved to be effective for inclusion where long distances to bank outlets, high fees and charges, KYC requirements and low literacy levels are perceived by most banks as the most important barriers.

AfCFTA to boost growth in Africa