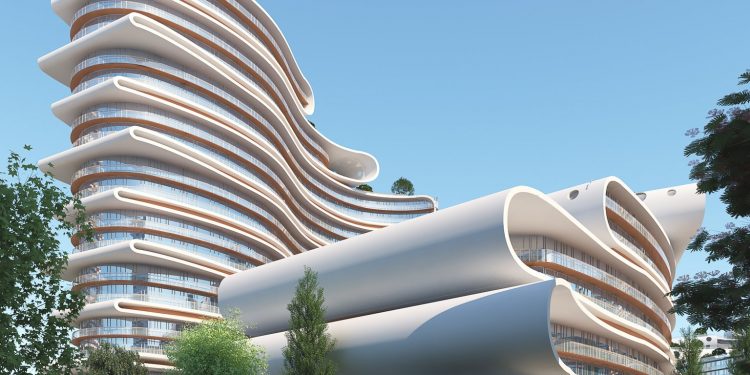 An artist’s impression of the Diamniadio Lake City (DLC) in Senegal. Economic recovery will be sluggish for Africa in 2021. [Photo/Intellivoire]

How Africa will fair in 2021 with pandemic jitters

Rising public debt is exposing many countries to debt distress.

Africa is experiencing an unprecedented economic downturn with major adverse impacts on the long-term development of the continent.

The lower external demand and lower commodity prices, the collapse of tourism and lower remittances-exacerbated through the institution of much-needed domestic lockdowns and other measures required to control the spread of the Covid-19 pandemic-have caused a severe and widespread deterioration of the economic situation.

Also, more difficult financing conditions and rising public debt are exposing many countries to debt distress. Given its magnitude and unequal effects across population groups, the current crisis is causing a rise in unemployment, poverty and inequality which threatens to wipe out the development gains of recent decades.

While African countries have acted quickly to limit the spread of Covid-19, most of them are nevertheless confronting enormous challenges as they strive to keep the pandemic under control and mobilize the financial resources needed to support health systems, protect vulnerable population groups and support the recovery.

The achievement of the projected recovery is predicated on recovery of domestic demand as generated through the relaxation of lockdown constraints and the pickup of exports and commodity prices.

Still, many African countries will have to carefully manage policy priorities on the road to recovery, amid limited liquidity and elevated debt burdens. Should countries experience a spike in infections, saving lives and protecting livelihoods must remain the priority, with increased health spending and financial support to vulnerable groups.

In countries where the pandemic has receded, emphasis should be placed on stimulating economic activities. The recovery faces downside risks, with the outlook being subject to high uncertainties over the progression of the pandemic at the local and global levels and the development of a vaccine, including its accessibility.

New surges of the virus could force countries to reinstate lockdowns and other restrictive measures. So far, Africa continues to be the least affected continent, with most cases occurring in Morocco and South Africa. At the time of writing, Africa accounts for only 3 per cent of confirmed cases (~2.5 million) and 3 per cent of reported Covid-19-related deaths (~59,000), while the continent accounts for 17 per cent of the world population.

Incidence rates are highest in Cabo Verde, Libya, Morocco, South Africa and Tunisia, where tens of thousands of cumulative cases exist per million people. Given the renewed surges in several developed economies, African countries should take necessary measures to keep Covid-19 under control.

In this regard, gross debt-to-GDP ratios are projected to have increased in 2020 by, on average, about 8 percentage points and by over 20 percentage points in the Congo, Seychelles, the Sudan, and Zambia. Indeed, six African countries are in debt distress (Mozambique, Republic of the Congo, São Tomé and Príncipe, Somalia, Sudan and Zimbabwe), while 14 other countries are at high risk according to the IMF.

African countries need further support from the international community in averting a debt crisis, protracted low growth and a high-debt trap. A debt crisis would not just cause a brutal further deterioration of current conditions, making for a dire outlook, but also force painful fiscal adjustments, thereby worsening development prospects. In the absence of international assistance, some countries might find themselves facing extreme difficulties in their attempts to revive economic activity, which would make debt servicing more arduous.

Against such a backdrop, social unrest and political tensions may easily escalate, which could in turn increase insecurity, violence, internal displacement, migration and food insecurity.

Extreme weather events, such as floods and droughts, could also disrupt economic activities; and the La Niña phenomenon, in particular, is projected to create drier- than-normal conditions in East Africa and lead to increased rainfall in Southern Africa up until the first quarter of 2021.

Among the largest economies, Nigeria was dealt a severe blow by the twin shocks of low oil prices and Covid-19-related restrictions. In 2020, GDP is estimated to have contracted by 3.5 per cent, amid lockdowns, lower oil production and weak oil prices. Although output is projected to expand by 1.5 per cent in 2021, tighter foreign exchange liquidity, mounting inflationary pressures and subdued global and domestic demand are clouding the medium-term outlook.

After a strict lockdown which led South Africa’s economy to contract by what is estimated to have been 7.7 per cent in 2020, GDP is projected to expand by 3.3 per cent in 2021. However, it remains uncertain whether, amid power shortages, elevated public debt and policy challenges, a strong and sustained recovery will materialize in the medium-term. Raising potential output in South Africa is a step critical to tackling the strong impacts of the crisis on the labour market.

In Egypt, higher fiscal expenditures supported by foreign currency financing secured through multilateral institutions and an easing monetary stance helped prevent a contraction on a yearly basis in 2020. Egypt’s GDP is estimated to have grown by 0.2 per cent in 2020; and in 2021, GDP growth is projected to climb to 5.4 per cent, underpinned by a strong recovery of domestic demand and facilitated by the absence of severe balance-of-payments constraints.

The commodity-dependent economies are experiencing the full force of the crisis, and its impact has been exacerbated by the fall in the prices of commodities, especially oil. Algeria’s GDP is projected to undergo an expansion of 5.2 per cent in 2021, underpinned by the recovery in crude oil production after a contraction of 7.7 per cent in 2020.

Still, Algeria’s fiscal position has weakened, and austerity measures planned by the government may hamper the recovery. A key challenge is the implementation of a reform agenda that can promote private investments. Angola’s economic difficulties are continuing after a prolonged downturn, with GDP growth projected at only 1.2 per cent in 2021.

There are also significant downside risks associated with the inability of recent macroeconomic policies and structural reforms to ensure external and fiscal sustainability.

In Central Africa, West Africa and Southern Africa, many oil and mineral exporters-the Central African Republic, the Congo, Equatorial Guinea, Namibia and Zimbabwe-face a bleak outlook. After its first contraction in almost three decades, in 2020, Cameroon’s economy is projected to recover in 2021 underpinned by strengthened external and domestic demand. Risks are tilted towards the downside, however, owing to domestic political tensions and lingering conflict in English-speaking regions.

The crisis is severely impacting tourism-dependent economies, including Morocco and small island developing States such as Cabo Verde, Mauritius, São Tomé and Príncipe and Seychelles. As tourism accounts on average for more than 25 per cent of employment and 15 per cent of GDP in these countries, the effect on unemployment rates, poverty and inequality is clearly visible. Amid restrictions on international travel, potential tourists’ fear of contagion and renewed waves of infection worldwide, the outlook for these economies is bleak.

In Morocco, GDP growth is projected at 5.6 per cent in 2021, after an estimated contraction of 7.1 per cent in 2020. In the short term, amid the shutdown of tourism and rising unemployment, economic activity will remain relatively subdued. The crisis has dealt a major blow to labour markets; and in 2020, unemployment rates increased across the continent, especially in urban areas. The nature of its impact, however, has been heterogeneous, being dependent on the severity of the downturn and the stringency of containment measures.

As the Covid-19 pandemic discouraged some workers from job seeking, the size of the labour force has also declined in large economies, such as Nigeria and South Africa, which can have longer-term consequences for potential growth and fiscal revenues. In South Africa, the number of employed persons declined significantly throughout 2020, with the unemployment rate climbing to a record-high of 30.8 per cent in the third quarter.

In Nigeria, the unemployment rate had risen to 27.1 per cent by mid-2020. Notably, the number of Nigerians who are unemployed stands at about 21 million, which exceeds the figure for the population of any one of more than 30 countries on the continent.

The size and unequal impacts of the crisis are plunging millions into poverty and aggravating inequalities, which represents a major setback to gains reaped in the previous decades. The current job losses, disproportionally affecting women, youth and migrants in the informal sectors, are compounded by the lack of social protection systems.

This being the case, countries that have recently made substantial progress on poverty reduction, such as Liberia, Mauritania, Rwanda and Sierra Leone, will likely witness years of development gains reversed or even erased. The increase in a range of deprivations will also raise multidimensional poverty to levels observed a decade ago, on average, affecting education, health and other services such as sanitation, drinking water and electricity according to the UNDP and Oxford Poverty and Human Development Initiative, 2020.

For example, the crisis could affect measures such as years of schooling and school attendance in countries that were already relatively deprived like Burkina Faso, Chad and the Niger. Maternal and child mortality, in addition to being directly affected by the Covid-19 pandemic, could be indirectly affected through the disruption of health systems, whose impacts may include lower rates of vaccination and regular immunization, and food deprivation.

African governments have embarked on fiscal expansion to combat the impact of the crisis.

However, given limited fiscal capacity, the responses are significantly more constrained than in the rest of the world. Indeed, the fiscal response in sub-Saharan Africa has amounted to only 3 per cent of GDP on average so far, compared with a figure for developed countries of about 7 per cent of GDP according to the IMF.

Most countries have opted for more immediate support in the form of additional spending and/or through the forgoing of fiscal revenue, entailing mostly non-health sector measures, although some (e.g., Chad, Namibia and South Africa) decided in favour of equity, loans and guarantee schemes, which have less immediate impact on fiscal balances but increase contingent liabilities. Although governments have implemented a wide array of measures, the delivery of assistance has been hampered by a chronic lack of safety nets that would allow a swifter allocation of resources to those most in need.

On the other hand, certain digital methods most notably mobile money transfers have been effective in boosting social protection efforts, for example, in Burundi, Kenya, Lesotho, Malawi and the United Republic of Tanzania.

Nigeria to prepare its economy for a post-oil era