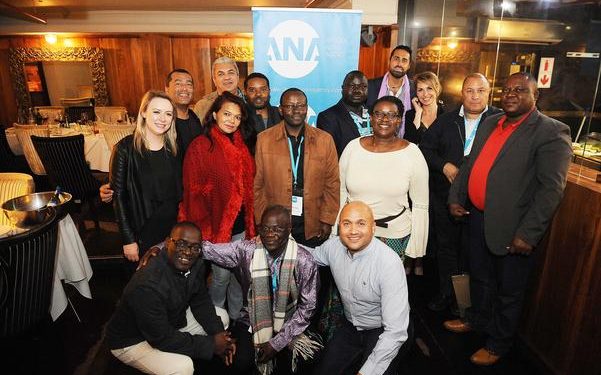 The African News Agency (ANA) is celebrating four years since its launch in Africa on March 1st 2015, marked with strong growth and presence on the continent.

ANA is proudly African and at the core of our business lies quality journalism and editorial values allied to the African narrative.

“Our Newswire offers our media subscribers up-to-date multi–media content produced by ANA’s editorial team, as well as our Pan-African and global media partners across a myriad categories, including Politics, Business, Economy, Health, Environment, Science and Technology, Faith, Sport and many more.” A statement from ANA reads

ANA’s PR Wire offers small to corporate businesses a bespoke solution to increase their brand exposure by disseminating their press releases or brand statements to our ever-growing editorial network of more than 35,000 Pan-African media organisations and more than 28,000 media houses in the rest of the world.

ANA was formed in the immediate wake of the demise of the erstwhile South Africa Press Association (Sapa), a decades-long institution on the South African media landscape and a conveyer belt for producing some of the country’s finest journalists.

In late February 2015, Sapa announced that it would be closing its doors after almost 77 years. Its final story, at midnight on 31 March 2015, ended thus: “Goodbye Sapa. Thank you for the news.”

In the meantime, hurriedly, a bit crazily, but with no little sense of purpose and destiny, ANA was set up and trialed its operating systems and hit the market on 1 March 2015.

Today, ANA stands tall as the only true news agency service, providing content to a wide range of subscribers, both local and international, across text, photo, video and graphic formats.

But ANA was always geared to be more than a mere Sapa replacement. We recognised and seized the moment to tell Africa’s stories.

Africa has been scarred by the effects of colonialism. Its peoples, its flora and fauna, its riches, its artefacts, its humanity, has suffered centuries of degradation. Even its stories have been expropriated. ANA and our partners are seeking to reverse this and to have the world hear and feel our stories of aspiration, innovation, ambition, style, and dignity.

Africa is Rising and ANA is here to tell its many stories.

Global Editor-in-Chief Lindiz van Zilla said: “ANA strives to produce authentic, definitive and high-quality content which reflects the many nuances of our diverse but inter-connected continent.”

ANA CEO Grant Fredericks said: “We are not after charity. As with all of Africa, all we are asking for is a fair shake. We offer a world-class product, formed and honed right here in Africa, and we are saying to the world, ‘if you want to know what Africa is truly about, then come to ANA’.

“We live in such an interconnected world today and it is only proper that Africa takes its rightful place among the family of nations as an equal, respected and valued member.”

Van Zilla added that from small beginnings, ANA has grown into a globally respected media organisation with a footprint deeply embedded in Africa.

Last year, ANA inked yet another deal with The Exchange, Africa’s one stop shop for investment news.

The deal has been of mutual benefit to both firms that are commanding a huge following from across the world.

According to the Editor for the Exchange, Yvonne Mutisya, the partnership between The Exchange and ANA has played an important role in expanding or sourcing as well as providing our audiences with quality and factual information sourced from across the continent.

We are committed to telling the African story as it really is. So this partnership played a very important role in diversifying our scope. This in turn positively impacts the audience as well as potential investors into the continent by providing them with quality and well researched content.” Said Ms Mutisya.

“ANA has cemented its place among progressive African news agencies that are tenaciously committed to the African development agenda, as forged and driven forth by Africans themselves. Over the past few years, our two organisations have established meaningful cooperation at all levels, and it is our sincere hope that your steady growth will continue to impact positively on our kinship for the mutual benefit of our countries and people. We wish you many more years of growth and success.”

The Zambia Daily Mail’s Editor-in-Chief Chapadongo Lungu said: “I would like to wish ANA a Happy Fourth anniversary. It’s been a journey worth the walk; one whose benefit accruals far outweigh the expected teething challenges.

Leonnard Chikadya, Managing Director at the Times Group in Malawi, added: “ANA embarked on this journey with a clear Vision and Mission to reshape the landscape of sharing news content for Africa and enhance knowledge of the youthful population of Africa for economic and social development of the continent.

“Times Group joined the African News Agency (ANA) network to offer our contribution to the realisation of the African Agenda of collaboration and networking with leading media partners that promote the new technological age in this new World Order of globalisation, with African focus to promote our local cultures, beliefs, and cohesiveness of society as one People of Africa.”