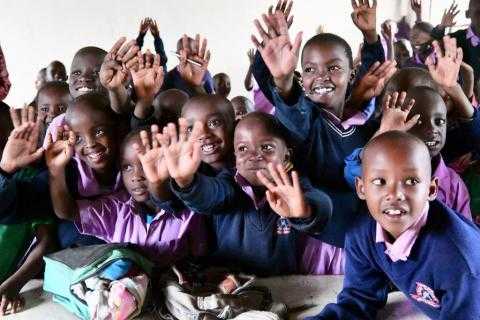 According to a report from by Global Financial Integrity, revenue lost in Kenya due to trade mis-invoicing are in excess of US$907 million in 2013.

Twenty-three-year-old Margaret Wangari who hails from a small village called Gitugi in Muranga County is in a bind. Despite finishing her high school education from Gitugi Mixed Secondary School in 2013, Margaret cannot get her school leaving certificates or results slip.

“I still have an outstanding balance of Sh6500 ($62.58) and the school will not release those documents until I clear my balance. My younger brother also dropped out of school in form three because of lack of school fees,” said Margaret.

This is a story of the other side of the education system in Kenya, a situation the country can easily fix by sealing some loopholes that exist in Kenyan laws.

According to a report by Global Financial Integrity, revenue lost in Kenya due to trade mis-invoicing was in excess of US$907 million in 2013. This is about 8 per cent of total Kenyan government revenues, which could alone clear the fee arrears of students and still address the arrears of the primary school students.

In March this year, Trade principal secretary Chris Kiptoo noted that loopholes exist within Kenyan laws that are meant to prevent illicit financial flows (IFFs) in the country.

“If we achieve this, the funds will be redirected in spending targets for essential services set out in government pillars to ensure social justice,” Kiptoo was quoted by the Star Newspaper.

Kenya’s entire annual education budget is $4.7 billion. A report by UNICEF shows that primary education was the biggest recipient of government funding. Although its share declined from 47.3 per cent to 36.9 per cent between 2013/14 and 2017/18, it remains the main funding priority, followed by secondary and university education with respective shares of 30.9 per cent and 22.7 per cent in 2017/18.

A study by UNESDOC shows that in 2010, there were 4.6 million children out of school in six countries East Africa, with data in 2010; a reduction from 12.5 million in 1999. Some countries have made major progress: the United Republic of Tanzania has reduced its out of school children from 3.2 million to just 137,000 since 1999. Over the same period, the number out-of-school in Ethiopia fell by nearly 8.5 million, and Kenya almost halved its number of out of school children.

In 2014, President Uhuru Kenyatta gave a directive urging school heads to release leaving certificates belonging to students that were previously withheld due to fee arrears, but the problem has not gone away.

“President Uhuru Kenyatta asked schools to give out the certificates but as we speak, there are many youths who left school but have not had a chance to see their certificates,” parents, led by Solomon Mmosi, was quoted by The Standard saying in March 2017.

Despite the government moving to waive exam fees for both primary and secondary school students, some students still cannot access their documents.

“The enablers of IFFs are varied networks of professionals from organisations and individuals who flout and exploit loopholes in both national and international laws to facilitate cross-border IFFs,” said Dr. Saidimu.

“In 2016 for instance, Sh32 billion ($308.910 million) worth of fake supplies were made. About 66 individuals were recorded as perpetrators of this vice that adds up to IFFs by registering fictitious firms to mimic genuine trading process.” Dr. Saidimu added. Trade mis-invoicing is a method for moving money illicitly across borders which involves the deliberate falsification of the value, volume, and/or type of commodity in an international commercial transaction of goods or services by at least one party to the transaction.

“Analysis of trade mis-invoicing in Kenya in 2013 showed that the potential loss of revenue to the government was $907 million for the year. To put this figure in context, this amount represents 8 percent of total annual government revenue as reported to the International Monetary Fund. Put still another way, the estimated value gap of all imports and exports represents approximately 23 percent of the country’s total trade,” the report by GFI reads in part. The portion of revenue lost due to import mis-invoicing is $767 million.

In the current financial year, the government has missed its financial target for revenue collection by Sh558.9 billion ($5.38 billion), equivalent to 5.7 per cent of the GDP.

What has KRA done?

“The training has equipped KRA officers (Tax Crime investigators) with the ability to detect and combat tax offences and other financial crimes including money laundering and corruption. It also collaborates with multi agency teams such as the National Police office of the Director of Public Processions and border agencies in identifying tax crime perpetrators and prosecution,” said Dr. Saidimu.

He added that KRA has also joined with global organisations to fight against tax crimes.

KRA says it has thwarted many cases in Kenya including the case of a suspect who registered more than nine business names and made fictitious invoicing estimated at Sh30 billion ($289.715 million).

Out of all the money that the country is bleeding, only Sh20 billion ($193.318 million) is needed to clear the students’ debts and assure them of a brighter future.

The money needed to fix this debacle on certificates is minimal compared to what the country loses through illicit financial flows.

This story was produced by The Exchange. It was written as part of Wealth of Nations, a media skills development programme run by the Thomson Reuters Foundation in collaboration with the Institute for the Advancement of Journalism. More information is available at www.wealth-of-nations.org. The content is the sole responsibility of the author and the publisher.