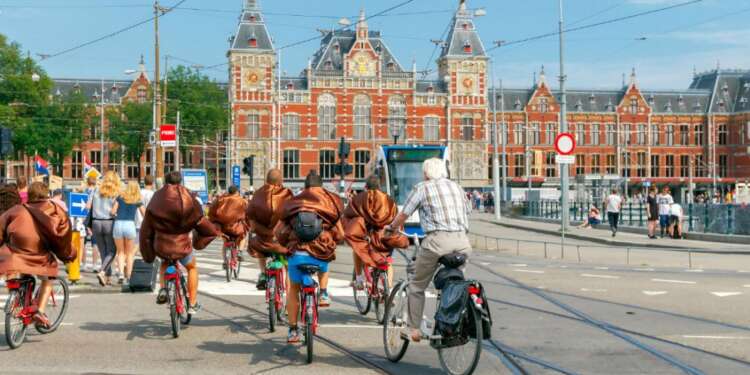 The Minister of Foreign Trade and Development Cooperation of the Netherlands, Sigrid Kaag affirmed that his country is determined to strengthen cooperation with Ethiopia for sustainable and inclusive growth of the East African nation.

The government official revealed the plan as a proactive trade and development agenda the Dutch companies have towards the Horn of Africa country.

Lemma Megersa, president of Oromia regional state, and Gedu Andargachew, president of Amhara regional state visited the Netherlands, intending to discuss with chiefs of some of the Dutch companies working in Ethiopia on the prospects of building stronger bilateral relations.

The Netherlands falls behind the pecking order in the number of foreign companies established in Ethiopia, having recorded 130 firms in 2016 a remarkable improvement from 80 three years ago, second to Turkey.

However, in 2017 the Netherlands was the leading European nation with the highest number of companies in Ethiopia.

Guide on how to invest in Ethiopia – The Exchange

The Dutch businesses have created jobs for over 70,000 people.

The Netherlands – Ethiopia business relationship has however grown with the former playing a substantial role in promoting Ethiopia’s success.

Dutch companies have invested in major areas including manufacturing of leather and leather products, sugar and related, chemical, the pharmaceutical industry and medical devices, metal and engineering, agriculture, horticulture and tourism.

Ethiopia’s path to development rests on boosting manufacturing and exports to industrialise, and a central aim of Ethiopia’s two Growth and Transformation Plans (2010-2015 and 2016-2020) is to pull in international investment which has faced several challenges addressed during the visit to the Netherlands.

Ethiopia’s promising demographics and market potential have drawn the interest of many other foreign investors including China, a giant investor in Africa.

Chinese firms have heavily invested in the industrial sector, helping in the establishment of industrial parks.

They have created thousands of employment opportunities and hosted several businesses that have significantly impacted the country’s economy.

Tanzania is building irrigation schemes for rice production and encourages efficient use of fertilizers via its 10-year National Rice Development...