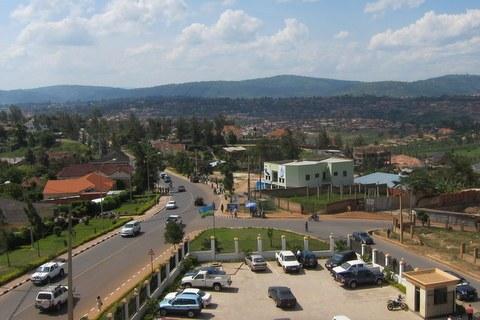 Rwanda has a fast growing economy in the East African region and a positive economic outlook.

Rwanda has geared up its efforts in kicking off the new year in style by making changes regarding its business environment to draw more investments in the economy from Turkish and UAE investors.

According to the Trading Economics, the East African country averaged $232 million in foreign direct investments from 2009 until 2017.

The East African region emerged as the leading destination for FDI in Africa in 2018, dubbed as the most-friendly business destination in the continent.

Kenya and Ethiopia were top performers, with the latter touted as Africa’s fastest growing economy.

Rwanda is looking to make a more competitive comeback this year, after approving the draft law for the avoidance of double taxation in Turkey and UAE, a move that should encourage more investments and draw more businesses in Rwanda.

The Double Taxation Avoidance Agreement (DTAA) also known as Tax Treaty is a bilateral economic agreement between two nations that aims to avoid or eliminate double taxation of the same income in two countries.

Businesses avoid paying taxes to both their home and the foreign country, depending in the agreements.

Turkish and UAE firms investing in Rwanda and pay taxes to Rwanda may not be required to pay taxes to their home countries.

Speaking to The New Times, Rwanda Development Board (RDB) Chief Executive Clare Akamanzi said, “Avoidance of Double Taxation Agreements are meant to facilitate investments between signatory countries by providing a framework where companies are not taxed twice in their country and investing country. So the government signs these type of agreements with countries it’s attracting to invest here.”

At the beginning of the year, President Paul Kagame invited Japanese firms to invest in Rwanda.

Facebook to partner with over 20 African Countries on safer internet