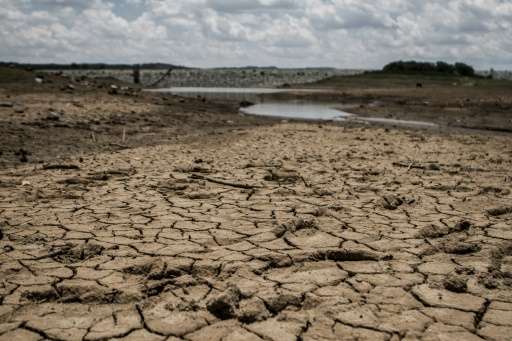 A section of dry land in Africa.

by Chacha Mwita
in Africa's Development, The Indicator
0
Share on FacebookShare on LinkedIn

This is more than double the commitment to climate projects in the last five years.

Africa is set to benefit from a US$22.5 billion funding from the World Bank as the global lender moves to step up its support for the continent’s climate adaptation and mitigation.

The funds will cover a five year period starting 2021-2025, the World Bank Group has announced, as it committed to scale up support for both climate adaptation and mitigation in Africa during the third One Planet Summit in Nairobi.

The summit is being convened by President Uhuru Kenyatta (Kenya), President Emmanuel Macron(France),Interim President of the World Bank Group Kristalina Georgieva and Deputy Secretary-General of the United Nations Amina Mohammed.

The climate programme is being driven with support from the bank’s International Development Association (IDA), which helps the world’s poorest countries.

This is more than double the commitment to climate-related projects over the last five years.

The funding is part of the Bank Group’s 2025 Targets to Step Up Climate Action, launched in December 2018 during the UN’s COP24 in Poland.

It will help African countries manage the risks of a changing climate while unlocking new investment opportunities. IFC and MIGA, the Group’s private sector arms, will also continue to ambitiously grow their climate activities in Africa.

“Recognizing that a number of countries in Africa are among the most vulnerable to global climate shocks and stresses, and in line with these new climate financing commitments and future direction of our Africa Climate Business Plan, more than half of the US$22.5 billion financing will be devoted to supporting adaptation and resilience in Africa. This will amount to about US$12-US$12.5 billion over five years from 2021-2025,” World Bank announced during the Nairobi forum.

This year, for example, the World Bank will provide the government of Ethiopia with a results-based support programme for adaptation and resilience, the largest done by the World Bank ever in Africa.

The new operation, which is currently under preparation, will provide US$500 million for results in improved watershed management and land administration systems.

“We have to do more and do it faster, or millions of people could be plunged into poverty. That’s why the World Bank is providing more money to build resilience and help communities cope with the effects of climate change in Africa,” Georgieva added.

In addition, the World Bank, will carry out intensive Nationally Determined Contributions (NDC) engagements with Rwanda and Kenya, under the framework of the NDC Partnership, and with generous support from Germany’s BMZ.

The engagements will help accelerate the implementation of, and raise the level of ambition for, their NDCs by supporting systematic mainstreaming and institutionalization of climate adaptation and mitigation across and within key development sectors and governance levels.

The contract purchases carbon credits from small hydropower plants, providing power to 350,000 smallholder tea farmers and 39 of their regional tea factories in Kenya. The new ERPA brings the Ci-Dev portfolio to more than US$73 million in implementation.

IFC syndicated a loan for KTDA, and the carbon revenues from Ci-Dev helped increase the project’s debt service coverage ratio and improved the bankability of the project.

KTDA is a long-standing private sector partner of IFC. In addition to the hydropower project, IFC invested in a Mombasa warehouse project and supported KTDA with various advisory activities such as financial literacy training for farmers, soil testing for productivity improvement and as development of a wood sourcing strategy among others.

IFC was also named Green Bond Development Bank of 2018 at this year’s Green Bond Pioneer Awards. IFC was awarded this premier recognition for its global leadership, best practice, and innovation in green finance for products such as the inaugural Forests Bond in Kenya, which was a first-of-its kind solution to build capital markets infrastructure to catalyze funding into forest protection.

After a three-day stand-off pitting delegates from the industrialised and developed nations, the‘Katowice package’ unveiled a way to decide on new, more ambitious funding targets starting 2025 onwards, from the current commitment to mobilize US$100 billion per year as of 2020.

Among highly contentious issues in the current climate change discussions is on carbon trading.

The subject had been deferred for further consideration at the next COP 25 conference, to be held in Chile this year.

The ‘Katowice package’, adopted in December, is a new set of climate change guidelines and rule book to accelerate national action plans.

It also features a detailed transparency framework, meant to promote trust among nations regarding the fact that they are all doing their part in addressing climate change.

It sets out how countries will provide information about their national action plans, including the reduction of greenhouse gas emissions, as well as mitigation and adaptation measures.

An agreement was also reached on how to uniformly count greenhouse gas emissions and if poorer countries feel they cannot meet the standards set, they can explain why and present a plan to build up their capacity in that regard.

During the forum, the World Bank announced it would increase its commitment to climate action after 2021 to US$200 billion. The climate Adaptation Fund received a total of $129 million.

Germany and Norway announced expanded financial commitments for climate action, both, pledging to double their contributions to the Green Climate Fund, established to enable developing countries to act.

How full inclusion and participation of women produces vibrant economies