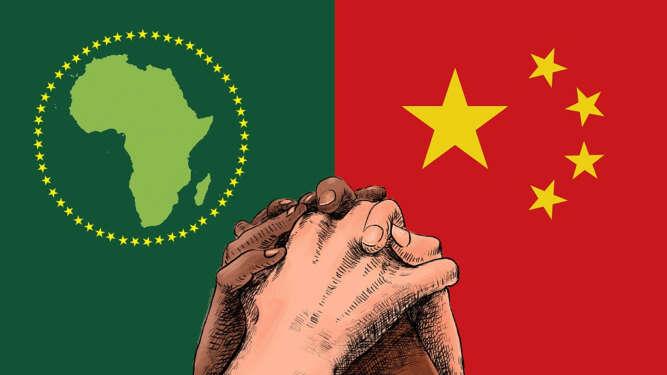 by Padili Mikomangwa
in Africa's Development, Investing
0
Share on FacebookShare on LinkedIn

Until 2019 Africa and china had an eccentric lending experience. This includes the lending spree featuring more than $10 billion a year from 2012 to 2017, higher than $1 billion in 2001, sadly China lending to Sub-saharan Africa has fallen short due to serious defaulting fears.

A detailed study executed by John Hopkins University’s China-Africa Research Initiative pointed out that, debt sustainability concerns have triggered lending to the African government to drop by 30 per cent in 2019.

China—the world top industrial economy has been a close lender to Africa—the world’s top raw material producer and fastest-growing economy over the past decade.

On the side of the fence, according to China’s 2021 White Paper on International Development Cooperation published in January, China has steadily increased the scale and further expanded the scope of its foreign aid, giving high priority to the least developed countries in Africa (Global Times).

Several media reports including Bloomberg News noted that the lending cutback will probably be prolonged to fall last year—caused by defaults threats. Whereas, Bloomberg News noted that “The decline indicates China turned more cautious about lending to Africa even before the coronavirus pandemic upended economies across the world, has committed $153 billion in loans since 2000. Much of that came after the boom of commodity prices in 2010,”

Further down the line, a March 31 Global Times publication argued that, over the year 2013 to 2018, China furnished a total of $41.25 billion for foreign assistance in three categories- grants, interest-free loans, and concessional loans.

“In the five years, China’s assistance to African countries accounted for 44.65 per cent of its assistance to all regions, which is substantially ahead of other regions in the world,” according to Global Times.

Truth be told, some portion of Africa’s infrastructure layout—bridges, universities, roads, railways, ports and IT infrastructures came from China.

Africa has been in serious debt concerns over the past decade, and China’s money flooding raised concern to a multitude of political and economical experts across the globe, pointing their expertise at different spots.

“This debt acquired from China comes with the huge business for Chinese companies, particularly construction companies that have turned the whole of Africa into a construction site for rails, roads, electricity dams, stadia, commercial buildings and so on,” Ramathan Ggobi Uganda’s capital based economist argued before BBC in September 2018.

On another level, Africa—which has a couple of countries economies dependent on foreign aid positioned itself in a tricky scenario, despite some significant infrastructural strides made in these countries, such as Uganda, Zambia and Malawi.

According to the Ghanaian investment analyst Michael Kottoh, China-Africa relations are featured with numerous issues, including vital gains made in trade, investment and financing, “but there is a sense in which China is the bigger winner-simply because it has the upper leverage in most negotiations” he added.

The arrangements are also somehow based on a quid-pro-quo narrative with unbalanced lending equations, in this case, Angola and Zambia standing at the top.

“In Angola’s case, the government has supplied oil to China in exchange for Chinese financing and construction of major infrastructure projects – but market-driven private investment by Chinese firms has been limited compared with other African countries,” according to McKinsey and Company analysis.

“Rather than continuing to blindly dump finance into countries with debt issues, Chinese financiers have shifted away from these countries — albeit belatedly in some cases, such as Zambia,” wrote Kevin Acker and Deborah Brautigam, the authors of the study, quoted by Bloomberg News.

However, according to The Africa Report December 2020 publication, From 200 to 2018, china extended $148 billion of loans which were mostly for infrastructure development.

Sadly, the number of loans recipients struggling to repay their debts is growing—which compels China to be cautious about providing new loans to borrowers facing considerable financial duress.

By December 2020, there were almost 18 countries renegotiating debts with China, with 12 countries working on restructuring an estimated $28 billion of Chinese loans (New York Based Consultancy Rhodium Group).

Zambia found itself in a tough spot as it became the first African country to default since the onset of the outbreak in 2020, which Bloomberg News noted could be a spark that raised fears following-suit on other heavily indebted countries in the region.

The COVID pandemic became an itch that marred so many African countries economic efforts, including Zambia. According to Global Times, since the outbreak, China has enhanced efforts to help African countries jointly fight against the public health crisis, from donating medical resources, sending medical teams to postponing debt repayments.

“As(China) the largest contributor to the G20 Debt Suspension Initiative, China has written off matured interest-free loans for 15 African countries” according to Global Times.

Bloomberg News noted that Sub-Saharan Africa will face uneven economic recovery this year as some countries struggle to bring the virus infections under control.

This means Africa has a rather tough job to secure its investment plans and safeguard unprotected populations from economic shocks, with less funding from China.

The roots of China-Africa relations are so deep, which means Africa will still be in a position to be economically aided by China.

READ:Environmental implications of the China-Africa relations