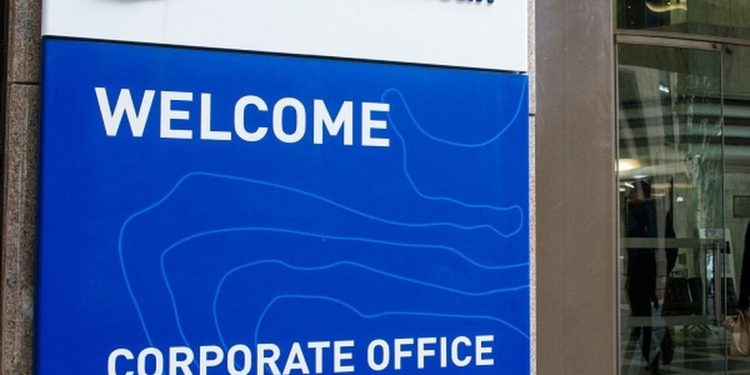 The Anglo American's Corporate Office in Johannesburg in this April 9, 2015 photo by Waldo Swiegers. [Photo/Sunday Times]

Executives of these resource entities have been elevated to near mythical status in the markets, in business and in the governments of the countries where they operate.

This is because commodity producers across the board have been singing about the good times, they and their companies had in 2021 due to the boom in the prices of mineral resources.

Kumba Iron Ore presented its results two days before its parent company declared a dividend 69% higher than the previous year’s. Anglo Platinum which is itself one of the jewels in the Anglo-American crown declared a dividend of no less than ZAR 80 billion.

One news outlet had a tabloid in bold saying: rising commodity prices help SA finance minister to cut debt. This was a reference to the budget speech made by South African finance minister Enock Godongwana which he presented on the 23rd of February. One of the key points of the budget speech was the debt burden South Africa is currently under and the windfall of cash the southern African country had experienced in the last 2 years would enable the country to comfortably service and reduce its debt.

At one point Anglo American was the economy of South Africa. Literally.

The company which owes its genesis to British-German tobacco and diamond merchant Ernest Oppenheimer first opened its doors in 1917 in South Africa. The company cut its teeth in the gold and diamond mining business and when its fortunes grew the company diversified into every sphere of the economy until it became a massive juggernaut. The company owes its name to the countries of origin of the entities that provided Oppenheimer with the seed capital to start the operations of the company. It is said that two banks provided the money to Oppenheimer, the one was British and the other was American and hence the name Anglo American.

The company is 105 years old. Fewer companies in the mining industry are as old as Anglo and even fewer have had as profound influence in the shaping of the southern part of the African continent. The only other company that comes to mind in terms of the same kind of longevity is Goldfields Limited, the JSE listed pure-play gold miner. In terms of sheer size and diversity, Anglo American has it all.

The company mines everything from iron ore through Kumba, to platinum through its 79% owned Anglo Platinum, copper, diamonds, coal, nickel, manganese and polyhalite. The company’s operations are spread out through 5 continents and include the following countries South Africa, Zimbabwe, Botswana, Namibia, Chile, Peru, Brazil, Canada, the United Kingdom, Finland, India, China, Singapore, and Australia.

Despite its sheer size and scale the company is very deliberate in how it frames its public image. It characterizes itself more as a responsible global citizen which contrasts with other global mining houses which have been in trouble for questionable business conduct. One large global mining and commodities producer reported in February that it had set aside at least US$ 1.5 billion in reserves for settlements relating to investigations underway in 2 countries where it operates. This is not the case with Anglo. It stresses safety in its mines and 2 of its subsidiaries that reported their numbers also in February announced that there were no fatalities in 2021. The iron ore division has not had any fatalities in 5 years! Unfortunately, Anglo reported a single fatality at its Quellaveco copper mine in Peru.

Anglo American PLC is listed on the London and Johannesburg Stock Exchanges. On the JSE it is categorized as a diversified mining and metals company. As such it is listed in the industrial mining and metals sector. The company has a market capitalization of ZAR 993 billion or US$ 65 billion and is the third-largest mining company after BHP and Glencore.

Anglo does not just have size and scale. It also has the financial exploits to boot.

Mark Cutifani reported his last set of results as CEO on the 24th of February 2022. He will be stepping down and handing over to seasoned and veteran Anglo mining executive Duncan Wanblad. As has become custom the presentation of the company’s full-year results began with an extensive review of its progress in terms of meeting ESG standards. These standards are being incorporated into every aspect of the group’s activities.

Anglo American aspires to reduce its carbon emissions by 30% by 2030. It has set an ambitious but attainable goal to become carbon neutral by 2040. This goal has permeated each of its listed subsidiaries. The primary focus of the company on this front will be to decarbonize its operations. To this end the company has set up solar plants at its flagship copper project in Peru which will be powered by solar energy. Interestingly the company’s Peruvian operation pumps fresh water into the surrounding communities all year round whereas before the company set up shop the primarily agrarian communities relied heavily on rainwater which would come every six months.

For its processes, at the copper mine, the company uses a river of water unfit for human and agricultural use because it flows from a volcano the chief executive reported. As shown in the image, Anglo has reduced the amount of electricity it uses in its operation gradually every year since 2013.

The same observation can be made from its progress in the reduction of Green House Gas emissions which it has also reduced from the 2013 level. Mark Cutifani is leaving a company with a glowing set of ESG and financial credentials.

On the financial front

The company in 2021 generated profits or EBITDA in the region of US$ 20.6 billion from its specified businesses according to its website. For perspective, this EBITDA figure is about the size of the GDP of Zimbabwe. Shareholders of the company received US$ 6.2 billion in 2021. The strong financial showing according to the company was due to increased production which was up 5% year on year, stronger prices for its products and consequently much higher margins.

Cutifani stressed that the solid numbers produced by his company were not just good for shareholders but were good for all stakeholders and the communities where Anglo operates. The company paid US$ 7.1 billion in taxes in 2021. This number was 89% higher than the figure paid in 2020.

The EBITDA margin achieved in 2021 was 56% which was significantly higher than the 35% achieved the previous year. The high margins had a favourable impact on profitability resulting in earnings per share (EPS) of US$ 7.22. The higher margins achieved in this year were also responsible for the increased return on capital employed (ROCE) of 43% in 2021 against a standard of 15%.

Notwithstanding the high metric for ROCE, the company projects that this metric will grow even more still to anywhere between 45% and 50% from 2023 going forward. This is expected to come on the back of improved costs and prices.

For a company with a market capitalization of US$ 65 billion having debt of US$ 3.8 billion gives it considerable legroom with debt should it decide to pursue rapid expansion and growth. The company was able to settle its obligations with its bankers, and long-term debtholders and treat its shareholders out of the substantial amounts of free cash flow its business generated which came in at US$ 9.6 billion. The US$ 6.2 billion it paid to shareholders in 2021 was made up of a combination of the base dividend of $ 3.6 billion.

Anglo’s dividend policy is to distribute at least 40% of annual earnings back to its shareholders. With ever-increasing cash on its balance sheet, Anglo treated its shareholders to two special dividends totalling US$1.6 billion and a share repurchase of US$1 billion in 2021.

Investors are would be well advised to note that since 2017 to date Anglo American has returned at least US$ 12.3 billion to its shareholders and if the financial results presented in February are any indication of the future there is still more to come. In the future, the outgoing chief executive noted that the goal of the company will be to reduce carbon emissions and to bring its Quellaveco project on stream which will add 10% to earnings. The market cheered Anglo’s presentation with the company’s shares rising 1.59% by the close of trade on the day.