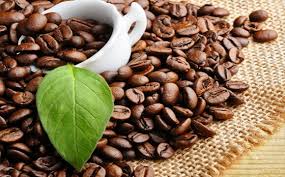 EAC region earned close to $1bn from coffee exports in 2018, an increase of 7 per cent from 2014. EU Member Countries including Germany, Italy, Belgium, Sweden and Spain are among the top 10 buyers of coffee from the EAC region.

by Kawira Mutisya
in Investing
0
Share on FacebookShare on LinkedIn

For the first time ever, the East African Community has converged public and private stakeholders to identify concrete solutions to boost trade and investment opportunities for coffee exporters in the region.

The high level policy makers and business leaders meeting is meant to discuss breaking trade barriers in the EAC and beyond in coffee trade. It will also focus on finance and market access for the region to become a more competitive exporter of coffee.

Dubbed the EAC Coffee Business Forum – organised jointly with the African Fine Coffee Conference and Exhibition – is financed by the European Union through the MARKUP programme. It will feature a week of interactive discussions, workshops and networking events.

According to International Trade Centre, increasing coffee exports from Burundi, Kenya, Uganda, Rwanda and Tanzania could have a considerable positive impact on EAC’s economic development. This can only be achieved if existing trade barriers are removed and access to finance for small and medium coffee businesses is improved.

During the Forum, a special coffee cupping session and a first of its kind online mini-auction will offer the participants the opportunity to taste and buy coffee from Burundi, Kenya, Rwanda, Uganda and Tanzania and international buyers to bid and purchase through the online facility.

The ongoing meeting ends on Friday the 14th February, seeks to address the removal of coffee trade barriers with a spotlight on the World Trade Organization Trade Facilitation Agreement; innovative mechanisms to facilitate access to credit, buyer and investor priorities globally and how regional growers and traders can capitalise on the new opportunities.

Mr. Kenneth Bagamuhunda, Director General Customs and Trade at the EAC Secretariat said “Coffee is such an important global commodity, and one in which EAC countries could and should be extremely competitive.  Earnings from coffee exports represent a significant share of the revenues of the EAC, with the average share of coffee in total merchandise exports exceeding 20 per cent today.

According to ITC TradeMap, the EAC region earned close to $1bn from coffee exports in 2018, an increase of 7 per cent from 2014. EU Member Countries including Germany, Italy, Belgium, Sweden and Spain are among the top 10 buyers of coffee from the EAC region.

“The MARKUP initiative has contributed to the growth of the coffee industry in the East African Community through helping small businesses address many of the barriers to market that they face. This week’s EAC Coffee Business Forum will further drill down on issues such as access to finance, meeting quality standards and marketing and branding that will help these SMES move up the value chain and increase their competitiveness; including through highlighting the potential for greater intra-regional and cross border trade such as to the EU market.”

Last year in October, an EU-EAC site for Market Access Upgrade Programme was officially launched. Jointly designed by the European Union (EU), the EAC Secretariat and the governments of Uganda, Tanzania, Rwanda, Burundi and Kenya, the initiative is implemented by the Deutsche Gesellschaft für Internationale Zusammenarbeit (GIZ) GmbH on behalf of the German Federal Ministry for Economic Cooperation and Development (BMZ), the International Trade Centre (ITC), the United Nations Industrial Development Organization (UNIDO), the Uganda Coffee Development Authority (UCDA) and other national partners. This four-year programme is funded from the Regional Indicative Programme for EAC under the 11th European Development Fund.

EU-EAC MARKUP aims at eliminating trade barriers for East African small and medium companies and expanding their markets for coffee, tea, cocoa, selected spices and horticultural products in East Africa as well as in European markets. This will be achieved through supporting the private sector, business support institutions and policy makers in the Partner States and at the EAC Secretariat.

EU-EAC MARKUP was inaugurated on 20th of June 2018 in a signing ceremony at the EAC Headquarters in Arusha. It is now on the ground in the five Partner States of Burundi, Kenya, Rwanda, Tanzania and Uganda, strengthening SMEs and sector associations, supporting harmonisation of standards and SPS measures, and equipping trade support institutions to deliver better quality services.

MARKUP targets coffee in all five beneficiary countries- Burundi, Kenya, Rwanda, Tanzania and Uganda. Other priority sectors are spices, avocadoes and other horticultural products and tea.

The areas of focus include: