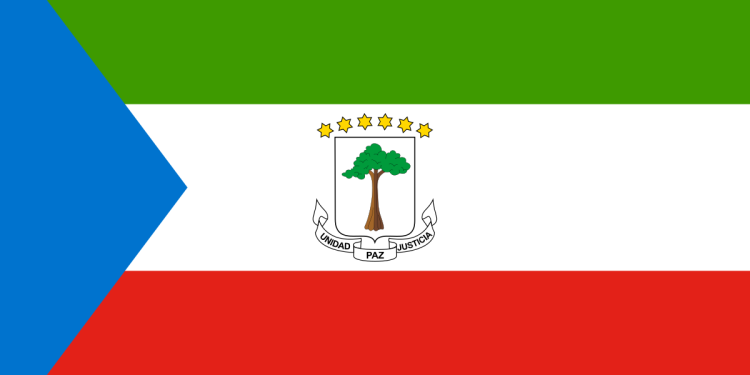 The Republic of Equatorial Guinea is a nation on the African continent’s western coast. [Photo/Wikipedia]

In addition to building, transportation, banking, and insurance, international firms have featured prominently in other investment sectors in the Republic of Equatorial Guinea, such as banking and finance.

Trading economics’ global macro models and experts’ forecasts indicate Equatorial Guinea’s GDP could reach $12.6 billion by the end of 2022. As such, the long-term trend for the GDP of Equatorial Guinea is anticipated to be about $13 billion by 2023.

Historically, the economy of Equatorial Guinea relied on three commodities: cocoa, coffee, and lumber. However, the discovery and exploitation of petroleum and natural gas in the 1980s radically altered the country’s economic character. As a result, more than four-fifths of Equatorial Guinea’s GDP currently derives from petroleum exports. Nevertheless, the majority of people’s level of living has not changed considerably, and farming remains the predominant source of income.

Nevertheless, the Equatoguinean domestic economy is small, with an estimated population of 1.2 million, despite the country’s membership in the Central African Monetary and Economic Union (CEMAC) sub-region, which comprises more than 50 million people. Notably, the region has a central bank and a shared currency linked to the euro: the CFA franc.

Over the last two decades, Equatorial Guinea has seen significant structural changes, notably in the building and expansion of basic infrastructure, due to high oil revenues. These revenue inflows have made it possible for the government to invest an estimated $8.36 billion in infrastructure development and long-term economic diversification.

Crucially, these infrastructural enhancements enable the nation to capitalize on its advantageous strategic position and access a market of over 130 million people. Additionally, the government is enhancing its regulatory environment. Furthermore, the administration remains dedicated to improving Equatorial Guinea’s regional position by implementing a proactive economic strategy to increase the appeal of the tiny country.

To position itself as a regional hub for the provision of transportation and power, the government has significantly enhanced its airport and port operations to develop into a regional hub for transferring products and people. The port of Malabo may offer a stopover for ships travelling from Europe and Asia to West and Central Africa because it was designed to handle vessels with a draft of 16 meters and a loading capacity of 10,000 containers.

All the world’s major oil firms are in the Gulf of Guinea, contributing more than 5 per cent of global oil output. The major oil extraction corporations, including Hess, ExxonMobil, Marathon Oil, and Noble Energy, together with GePetrol, extract around 340,000 barrels daily in Equatorial Guinea.

In addition to building, transportation, banking, and insurance, Chinese, French, Brazilian, Spanish, and German firms are prominent in other investment sectors in Equatorial Guinea, such as banking and finance.

Equatorial Guinea has a modernized network to expand this industry due to the preliminary phase of the 2020 Development Plan’s emphasis on quality spending on infrastructure. The country’s principal port, situated in the capital city of Malabo, has been expanded to accommodate ships with a draft of up to 16 meters.

New terminals have been constructed at Malabo and Bata airports, the country’s two largest cities. Three additional airports were also constructed in Annobón, Mongomeyen, and Corisco to improve transportation and communications with the other cities.

A nationwide system of modern roads and highways has been constructed. In addition to reducing travel times, this network has allowed previously inaccessible rural communities to escape their isolation.

Main opportunities in the transport sector include

Equatorial Guinea might become one of Africa’s leading ecotourism attractions due to its expansive pristine landscapes and seascapes, established basic infrastructure, and pleasant temperature. Consequently, the government has prioritised reducing impediments to the growth of this sector, such as administrative processes, difficulty in acquiring visas, insecurity, and corruption, which have impeded the development of the hotel infrastructure in recent years.

In addition to the chances presented by Equatorial Guinea as the leading ecotourism hotspot for the growth of tropical tourist activities, the nation also offers opportunities for the promotion of high-end tourism.

Equatorial Guinea is the most remarkable oil producer in the CEMAC region and the third-largest in Africa. Present confirmed reserves are 1.7 trillion barrels, equivalent to about ten years of production at the current pace. Equally, other areas need more investigation and exploration. Recently, eight new exploration agreements were signed, including four on land.

Equatorial Guinea is now devoted to maximizing its capabilities in the petrochemical industry, collaborating with the corporate sector to establish a highly advanced and vertically consolidated national industry.

Main opportunities in the petrochemical sector:

With 644 kilometres of coastline and a 314,000-square-kilometre exclusive economic zone, Equatorial Guinea boasts abundant marine species due to the marine sector’s structure and well-developed river network.

Equatorial Guinea plans to expand its fishing sector to meet local demand. Additionally, stakeholders seek to transform the nation into a regional leader in marine marketing and production. Consequently, the country would become the sub-regions primary provider of fisheries goods.

Main opportunities in the fishing sector:

Equatorial Guinea has a suitable environment for all sorts of tropical and subtropical crops. Moreover, the country has excellent soil, favourable rainfall, and significant water reserves. Accordingly, this industry provides outstanding prospects for developing small-scale industrial projects at the local level. Specifically, cocoa is one of the principal agricultural commodities of Equatorial Guinea.

Trade facilitation to ensure that the AfCFTA works