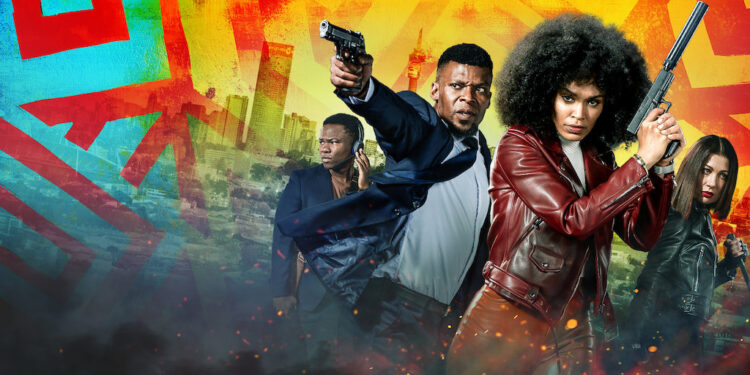 Queen Sono was the first African script-to-screen to feature on Netflix. [Photo/Netflix]

Tony Maroulis, a principal analyst for London-based Ampere Analysis says there are more than 1.4 million subscription video-on-demand users in Sub Saharan Africa. He projects the figure will grow to 2.4 million by 2026.

by Joseph Kangethe
in Africa, Investing
0
Share on FacebookShare on LinkedIn

International content streamers are vigorously investing in Africa with the SVOD (subscription video-on-demand) market in sub-Saharan Africa generating roughly US$107 million in 2021.

Netflix, Disney, BBC Studios, Sony Pictures, Amazon, and several others are directing efforts to gain a foothold in a market that has proved to have a hysteria of localized content attracting local and global audiences.

The biggest challenge for Africa to produce thrilling global entertainment has been for a long time the lack of a realistic budget allocation to the creation, pre-and postproduction, and marketing of content.

However, the year 2022 bears a promise of the global media industry taking African content seriously.

Tony Maroulis, a principal analyst for London-based Ampere Analysis, says more than 1.4 million subscription video-on-demand (SVOD) users in Sub Saharan Africa. He projects the figure will grow to 2.4 million by 2026.

The SVOD market in sub-Saharan Africa generated revenue of roughly US$107 million in 2021.

Currently, the bulk of international investment in African content is in Nigeria, South Africa, and Kenya, mainly because they have established film and TV industries and a large English-speaking population.

2021 saw a series of deals among African film and television producers with international studios and streamers.

In 2020, Nigerian Tv pioneer Mo Adudu’s company, EbonyLife Media, shut down its television channel, which was available across the continent, to focus on the more lucrative business of production.

EbonyLife was the first company in Africa to sign a multititle deal with Netflix for features (Oloture, Blood Sisters, Death and the King’s Horseman) and series (Castle and Castle, Nigeria 2099).

Mo Abudu says that he has been in the media industry for over 20 years, and it is only recently that he is seeing a “real explosion” and a “real tipping point” for the African continent. “The reality of the marketplace has changed,” he says.

The company has also set up a co-production with AMC for a thriller, Reclaim, which will kick off a co-production deal between EbonyLife and BBC Studios. The series is about a gang of art thieves looking to steal Nigerian works poached by the British Empire 125 years ago.

EbonyLife is also working on an action series, developed with Sony Pictures Television, about the historical all-female West African army, The Dahomey Warriors, an inspiration for the fictional Dora Milaje of Marvel’s Black Panther.

In 2021, EbonyLife signed a multi-project development plan with Will and Jada Pinkett Smith’s Westbrook Studios to produce African-based series and features. The deal successfully pitched Universal Studios and Will Packer Productions on a thriller based on the life of a Nigerian Instagram celebrity and alleged fraudster, Ramon Olorunwa Abbas, otherwise known as Hushpuppi.

Netflix is currently the biggest streamer in Africa

Netflix accounts for more than half of the streaming subscriptions in the continent.

The South African film Queen Sono made history in 2020 by being the first script-to-screen African Original series to feature on Netflix. In the same year, Netflix released CapeTown’s teen drama series Blood & Water.

Netflix is pushing growth in Africa as their market in North America has become stagnant, and growth in many territories, including Western Europe, is slowing.

Anthill Studios is a film production, postproduction and animation studio and has produced features like Prophetess, Day Of Destiny and Elevator Baby. Its animation studio is reportedly the biggest in Nigeria.

Prime Video will launch upcoming Inkblot films to its worldwide streaming audience. The features of Inkblot films include Moms at War 2, The Set Up 2 and New Money 3 and their new titles such as Charge and Bail, Superstar and The Blood Covenant.

Disney+ plans to launch in Africa in 2022

Disney+ plans to start content production from Africa in 2022, starting with South Africa.

“There’s been a tremendous change. Just three to four years ago, you would have struggled to sell an African film to a big international platform, and financing was always difficult,” says Kunle Afolayan, director and producer in Nigeria. “Usually, I would make one film in two years. Last year, I made two films in a single year.”

Global studios and streamers’ investment in African content is part of a broader strategy to copy the successful Netflix model by producing local content for local audiences.