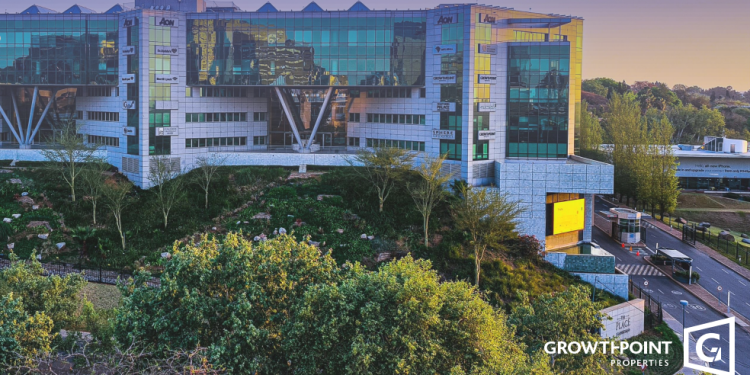 The JSE listed REIT posted impressive results for the 2021 financial year and its performance reflects a general recovery for the listed property sector.

Growthpoint Properties Limited published its financial results for 2021 on the 15th of September 2022.

The real estate investment trust (REIT) is the largest such listed entity on the Johannesburg Stock Exchange and is reliable indicator for the sector as a whole. The real estate sector in South Africa as in the rest of the world was one of the biggest casualties of the COVID pandemic. REITs on the JSE were not spared.

The COVID pandemic created a perfect storm for property owners in South Africa. When COVID spread to the rest of the world after beginning in Wuhan in China in 2019 two things happened that adversely affected the REIT sector on the JSE including Growthpoint.

Global capital markets experienced an unprecedented sell off as investors exited equities into safe haven investments to preserve value. The sell off resulted in shares of companies’ world over falling to record lows. The REIT sector in the JSE was already subdued by years of poor macroeconomic fundamentals in the South African economy. The REIT sector was further battered by the sell off.

Growthpoint Properties reached its all-time high share price of ZAR 32 or US$ 1.83 around February 2018. The share price since then continued to slide and was dealt a mortal blow by the massive global sell-off. Growthpoint shares and those of other JSE listed REITs tumbled. Growthpoint shares at their lowest hovered around ZAR 10 or US 57c. The company’s shares trade at around ZAR 13 currently. The second development that undermined the property sector as a whole was the lockdown. The lockdown prompted the closure of businesses and began an era of working from home.

The lockdown drove the realization home that most companies did not need to lease as much office or real estate space as they had done in the past prior to the onset of the pandemic. The closure of businesses meant that revenues for property companies drastically reduced. The reduced income was compounded further by the legislation in some countries and South Africa especially of rental concessions to tenants by landlords. This meant that property owners could not take any form of recourse against tenants who had not or could not pay any rentals for the spaces that they occupy or occupied. Now for all accounting readers, this situation is a highly frustrating situation for managers of businesses. Whenever a customer is in arrears over an obligation that they incur in a business transaction, the longer into the future that this obligation goes unsettled, the less likely it will be settled at all.

Growthpoint Properties and other REITs and property companies had to make provisions for rental and tenant concessions that ran into the hundreds of millions of Rands during the last two years. This development, the head of the Growthpoint’s South Africa operations Estienne de Klerk said was the biggest stimulus package to the South African economy. The property executive’s view may come across as cynical, however, it has merit in the sense that it is the concessions made by the same property companies like Growthpoint that have enabled other companies to recover from the economic recession caused by the pandemic. Whether REITs and other property companies have been given their due credit is a discussion for another day.

The impact of these rental concessions is that they reduced the already reduced profits that REITs were making from their operations. So serious is their impact that Norbert Sasse, the chief executive of Growthpoint Properties Limited announced that the company would be revising its dividend pay-out policy. He said that the days of 100% payouts were over. Previously, the company paid out all of the profits it would make in a given year to its shareholders. The REIT boss announced at the financial results presentation that those days had “long gone”. Investors should read this signal to mean that despite the company being in a better financial position now than it was two years ago, it is taking a conservative approach to managing its cash resources.

Growthpoint Properties reported profits of ZAR 8.4 billion (just over US$ 478 million) for the 2021 financial year which was 2.8% lower than the figure achieved in 2020. The dividend pay-out to its shareholders increased by 8.4% to 128 cents.

The REIT sector is no longer in the precarious space it was in two years ago. The waters are still choppy though, especially for property companies whose operations are entirely in South Africa. REITs that have performed marginally better are those that have investments and operations outside of South Africa. This has been Growthpoint Properties’ saving grace. According to the financial results presentation at least half of the REIT’s assets under management are outside of South Africa. The fact that at least half of Growthpoint’s investments are outside of South Africa has provided a hedge against South Africa’s economic woes. Going forward this importance of this hedge a geographic diversification of its operations will become more pertinent. The Rand has performed poorly against the United States dollar and other major currencies.

A note is in order here. Conventional wisdom dictates that investors and participants in foreign exchange markets need to buy strengthening currencies and sell depreciating currencies. Growthpoint Properties Limited through its international diversification strategy does just that and will reap the benefits in the future. The company’s offshore operations include Growthpoint Australia which is flagship where it has 58 properties that are worth an estimated US$ 3.3 billion. Australia is regarded as a core market for the company. Its operation there is thriving. Its investment in Australia is valued at US$ 1.05 billion compared to a cost of US$ 540 million. Growthpoint’s other international operations include properties in the United Kingdom through Capital & Regional and in eastern Europe. In South Africa, the company is diversified in terms of its property portfolio. The company owns various types of properties which include industrial, office, commercial, and healthcare. Growthpoint Properties is venturing into the rest of Africa having made investments in Zambia. Afrifocus Securities rates this share a buy. Investors need to proceed with caution as the company is still overweight in terms of its property portfolio investments in South Africa which still has weak macroeconomic fundamentals. Investors should buy more of Growthpoint Properties shares as it grows its international presence and hedges its exposure to the Rand.