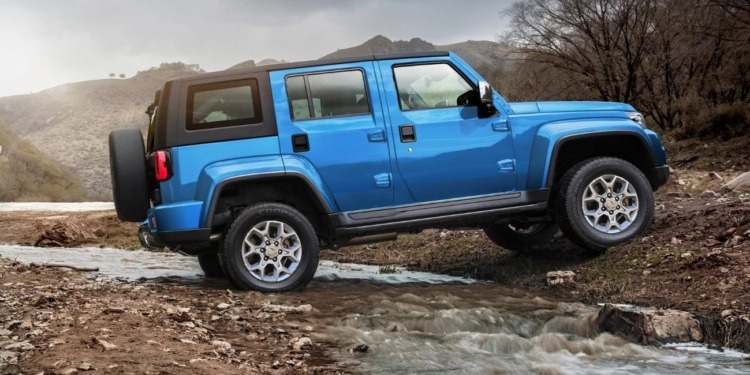 The Mobius 3. Kenya is edging closer to ending used vehicles importations by 2026. [Photo/Mobius]

Dumping of motor vehicles in Africa causes an increasingly big balance of payments problem by not only contributing significantly to environmental damage but also restricting Africa’s industrialization.

Dead shaving machines, broken plastic pieces, deformed dolls and an array of other trash is what you would probably find in a second-hand toys batch from the UK.

This comes from a real-life experience in one of Kenya’s popular warehouses where second-hand clothing, toys and other items are temporarily stored just before they are sold to the wholesalers.

And this is just the tip of the iceberg of the amount of trash Africa receives in the name of second-hand items ranging from heavy machinery to cars, computers and toys.

What is absolute trash is packaged as business.  Richard: this is not a sub-heading but I want this sentence to stand out.  Can you make sure it does? Thank you.

The lethargy towards Africa from the just concluded COP26 is a testament to the fact that Africa is nothing but the world’s dumping site. While the resources from the continent have been pilfered and used to grow western economies to their colossal sizes, Africa has little to show apart from destruction and degradation of the environment, corruption and deaths over scarce resources.

It is with this reality that Africa must not continue being the recipient of what is outdated in the western nations.

Africa has for years been the recipient of second-hand vehicles from Japan, Europe and the US. Indeed, the Japanese Toyota models are popular to the extent that even the manufacturer or distributors noticed and coined the phrase “The car in front is always a Toyota”.

While this has not changed much, the continent is witnessing a deluge of used vehicles some of which should never have been driven again and should have been recycled in their countries of origin.

With many African countries not keen on the kinds of vehicles they are receiving, the fight against pollution remains a losing battle since old vehicles generate more hazardous fumes than newer ones.

During the Intra-Africa Trade Fair (IATF2021) in Durban in November this year, former South African finance and trade and industry minister Alec Erwin warned that the practice of dumping old vehicles in Africa makes the sector unsustainable. The spillover effects of this will be felt with inaction on addressing climate change and the failed agenda of consecutive COPs.

On the financial aspect, Erwin said that the dumping of motor vehicles in Africa causes an increasingly big balance of payments problem by not only contributing significantly to environmental damage but also restricting Africa’s industrialization.

An estimated four million used vehicles are imported into Africa every year.

This means that the demand for these decrepit vehicles denies Africa the opportunity to establish some 20 to 25 new vehicle assembly plants that could easily address the demand.

The challenges for Africa are much bigger because the used vehicles sector is an international system that is almost impermeable. However, with government intervention and the creation of favourable policies, Africa’s automotive industry would have a chance.

Producing vehicles is not easy but it is not entirely impossible for Africa to produce its own vehicles. By adopting an international production system, Africa need not reinvent the wheel to join the production bandwagon.

On December 20, 2018, Kenya’s Trade Cabinet Secretary hinted at the government’s plan to reduce the age limit for imported used vehicles from eight years to five years starting July 2019. At the time, he wrote the Kenya Bureau of Standards (KEBS) notifying the body of the government’s plan to develop a National Automotive Policy Framework which would, in addition to the imported used motor vehicles age limit, review the vehicle emission levels.

KEBS was to draft legal amendments towards lowering the age limit and raising allowable exhaust emission standards for all vehicle imports.  After the drafting of the new regulations, the Treasury secretary would gazette them followed by official enforcement of the changes.

With the five year limit yet to take effect, Kenya will not be allowing vehicles manufactured before 2015 into the country starting January 2022. This is in keeping with the eight-year rule to ensure that old vehicles do not continue flooding the market.

In East Africa, there is no uniform protocol limiting the importation of used cars. With this, Kenyans have been taking advantage of this seeming loophole to import cars from neighbouring countries ignoring the eight-year age rule.

The maximum car age limit in Tanzania is 10 years while Uganda has no limits. Other countries that have imposed age limits for imported used vehicles are Morocco, Algeria, Côte d’Ivoire and Mauritius.

In the Economic Community of West African States (ECOWAS), from January 1, 2021, only used vehicles meeting EURO 4 emissions standards are imported.

Ghana imports five per cent of all used vehicles in Africa. It was the first country in the ECOWAS region to shift to low Sulphur fuels while also imposing a 10-year age limit for used vehicle imports in September 2020.

Diesel-powered vehicles must not produce more than 0.50g/km CO2s and Hydro Carbon + NOx emissions of no more than 0.30g/km. The particulate matter should be less than 0.025g/km.

If all goes according to plan, Kenya will stop importing second-hand vehicles in just five years. The phase-out by 2026 is aimed at growing Kenya’s local vehicle assembly sector. Treasury notes that imported used vehicles make up more than 85 per cent of all imported fully built units in Kenya.

The government’s National Automotive Policy sets out clear guidelines to promote utilisation of products manufactured locally, creating local content, innovation, research and development among others. It also seeks to build capacity and skills through training and technology transfer.

In addition to the well-known Mobius, a Kenyan innovator has received the green light to mass-produce his creation christened BJ50. This came after the registration and issuance of number plates for the first six units in June this year.

The four-wheeler tuk-tuks were produced by Sagak Tech Enterprises Ltd and successfully underwent the CMTE inspection standard tests which are approved by KEBS.

Registering locally manufactured vehicles is being facilitated by the Kenya Revenue Authority (KRA) with Mobius and Sagak Tech being the key beneficiaries of the new policies.

While the pace of vehicle manufacturing in Africa has been slow, some manufacturers like Toyota, Nissan, Hyundai, Isuzu and Volkswagen have already set up shop in various African countries like Ghana and Rwanda.

Towards creating a formidable sector, Kenya has started by working towards reducing the importation of used vehicles. This is in addition to the programme on vehicle assembly which has seen Volkswagen assemble vehicles in the country.

Nigeria, Africa’s largest economy, is yet to have a comprehensive programme while Ethiopia and Egypt are working on comprehensive policies towards vehicle manufacturing.

Since there is a ready market for vehicles in Africa, the continent needs to implement policies that will give wings to the sector especially under the AfCFTA which remains the best bet for Africa to get out of the economic doldrums.