An aerial view of Kisumu City.

Out of the four key real estate themes, commercial offices and land have a positive outlook, retail sector has a neutral outlook while residential has a negative outlook.

KENYA, JULY 24, ― Kisumu, Kenya’s third largest city after Nairobi and Mombasa, recorded a near zero growth in the real estate sector in the last two years, a survey by investment firm Cytonn has revealed.

This is partly attributable to the pre- election and post election uncertainty in the opposition stronghold town as the country witnessed one of the most prolonged electioneering period last year.

According to the survey released by the firm on Tuesday, performance in the Kisumu real estate sector remained relatively flat between May 2016 – May 2018, with total returns coming in at 16.1 per cent , from 15.5 per cent in May 2016.

“We remain neutral about the performance of the Kisumu real estate sector. However, the market has pockets of value in sectors such as Grade A and B commercial offices driven by devolution and growth in SMEs while the land sector is driven by demand from developers as they expand from the CBD to relatively new suburbs such as Riat Hills,” said Johnson Denge, Cytonn’s Senior Manager, Regional Markets.

The performance in Kisumu is mainly bolstered by positive economic growth, with a GDP per Capita of US$625 against a Kenyan average of US$D 634 and devolution, that has opened up Kisumu City attracting government institutions, private investors, and entrepreneurs to the county headquarters.

The other factor is positive demographics as population has been growing at a rate of 2.8 per cent per annum , compared to the Kenya average of 2.6 per cent per annum and infrastructural development in the recent years, such as upgrading of the airport to international status, slum-upgrading programs by the National Youth Service (NYS) and development of roads.

Speaking on the performance of various real estate themes, Juster Kendi, Research Analyst at Cytonn, noted: “For the commercial sector, the pockets of value in the sector are mainly in Grade A and B offices, recording higher rental charges at Ksh80 compared to Grade C at Ksh78 and have an average occupancy rate of 80 per cent in the first year of operation.”

The opportunity in the residential sector is mainly in apartments for rent in suburbs such as Milimani, Lolwe, Migosi and Mamboleo, which record an average rental yield of 5.5 per cent ,Kendi noted.

Out of the four real estate themes under evaluation in Kisumu, two themes, that is commercial offices and land have a positive outlook, retail sector has a neutral outlook, while residential has a negative outlook.

“We retain a neutral outlook for the Kisumu real estate market. The market, however, has pockets of value in various sectors,” Cytonn notes.

In the residential market, the performance softened, with the sector recording a decline of 3.2 per cent points in total returns from 10.1 per cent in May 2016 to 6.9 per cent in May 2018, attributable to political uncertainties in the area during the 2017 election.

Apartments in Kisumu register higher total returns as compared to detached houses at 8.5 per cent, and 3.8 per cent, respectively.

This can be attributed to slow uptake of detached units, as detached units are located in areas out of town such as Riat Hills where there is poor infrastructure, hence most developments are decreasing the prices to increase affordability and attract investors.

“The better performance is as a result of an increase in demand for office space in the city, driven by devolution and growth in SMEs,” Cytonn said in its report.

This was driven by the area’s high urbanisation rate averaging at 5.5 per cent per annum compared to Kenya’s average urbanisation rate of 4.4 per cent attributable to devolution, which is the pull factor for growth in population in the area, and a key driver for the retail sector.

The land sector recorded an annualized capital appreciation of 8.9per cent , attributed to speculations and increased demand for land in residential zones such as Riat Hills as the residents shift to the outskirts of Kisumu City due to congestion in estates around Kisumu CBD.

According to Cytonn report the opportunity in the sector is in emerging residential zones such as Riat Hills driven by speculation and the market exodus from congested Kisumu city CBD. 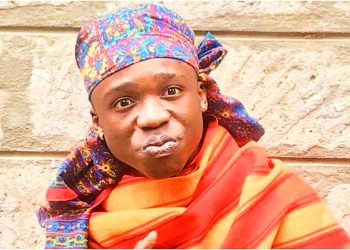