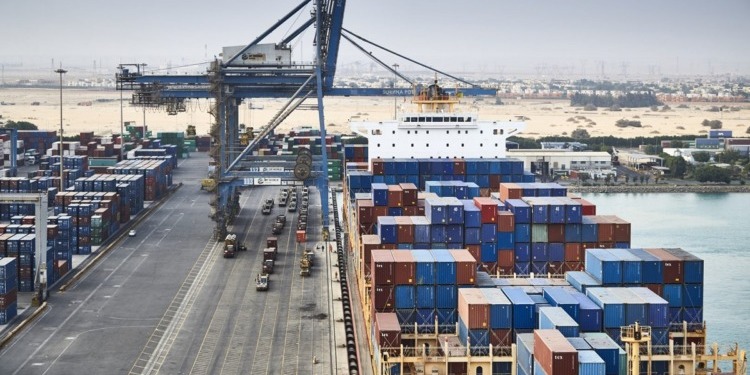 A port. Small businesses may have to wait longer to start benefitting from the African Continental Free Area (AfCFTA).[Photo/CDC]

East Africa is ranked as the continent’s third-largest region in terms of real GDP.

Africa’s most populous region has nearly 456 million inhabitants and it has been growing fast economically, a testament that the region cannot be brushed off.

Between 2015 and 2020, East Africa was the continent’s fastest-growing district with a cumulative annual growth rate (CAGR) of about 4.3 per cent as revealed by a new report authored by the Dubai Chamber of Commerce and Industry.

The report is the latest instalment of the Chamber’s ‘Why Africa?’ initiative which is focusing on East Africa and explores key economic indicators and their analyses in the continent.

Read: Dubai is Africa’s gateway to the world

‘Why Africa? was a precursor to the Global Business Forum (GBF) Africa 2021, which took place on October 13-14 on the sidelines of Expo 2020 Dubai.

H.E. Hamad Buamim, President and CEO of Dubai Chamber says that Dubai has made great progress in its efforts to expand commercial, economic, and cultural ties with Africa. This is guided by the emirate’s leadership’s directives, which not only build on the historic relationship with the continent but also bet on Africa’s potential as one of the world’s most promising regions.

“We pave the way for Dubai’s business community to enter into African markets, offering them reliable insight into the continent with in-depth studies, most notably, the series of region-specific reports issued under our flagship ‘Why Africa?’ initiative.”

East Africa is ranked as the continent’s third-largest region in terms of real GDP. The region accounts for 15 per cent of Africa’s GDP with an average value of US$355.1bn. Ethiopia is the region’s largest economy, accounting for 22.7 per cent of its total real GDP in 2020. Kenya comes in second with a 20.5 per cent share, followed by Tanzania with 17.5 per cent.

Ethiopia and Tanzania also top the list of fastest-growing economies in the region in terms of real GDP, with a 6.9 per cent CAGR in 2015-2020.

The per capita GDP paints a different picture of the region, where the top three for 2020 become the smaller nations of Seychelles, with a per capita GDP of US$13,900, followed by Mauritius with US$9,500, and Djibouti with US$3,200.

Another prominent indicator of the region’s economic performance in 2020 is Foreign Direct Investment (FDI). Using this as a metric, East Africa was third on the continent in terms of share of FDIs, accounting for 17.1 per cent of Africa’s US$167.8bn total inward FDI stocks.

East Africa’s top FDI destination is Mozambique which saw total FDI stocks of US$45.4bn in 2020. This was nearly 26 per cent of the region’s total FDI inward stocks. Ethiopia and Zambia were the other major destinations with a 16 per cent and a 12 per cent share respectively.

The report notes that figures reveal that the region’s share of Dubai total trade grew considerably over the years. In 2020, it was the emirate’s third-largest trading partner in Africa, with total trade value hitting US$12.2bn. This was a 24.4 per cent share of Dubai’s trade with Africa.

85 per cent of Dubai imports from the region in 2015-2020 were jewellery and precious stones which accounted for an estimated US$5.6bn in 2020 alone. The bulk of that value was taken by Uganda and Zimbabwe making up 28 per cent and 23 per cent of the total, respectively.

The emirate’s total imports in 2020 were valued at US$412.2m, 41 per cent of which came from Kenya, with Zimbabwe, Tanzania, and Ethiopia following with 15 per cent, 10 per cent, and 9 per cent. This is excluding the jewellery and precious stones category.

Dubai’s total re-exports to East Africa in 2020 were valued at US$3.9bn. The leading products were electrical machinery, vehicles, mineral fuels and digital automatic data processing machines. These went primarily to Kenya (24.2 per cent), Tanzania (14.2 per cent) and Djibouti (13.1 per cent).

Manufactured tobacco, pearls and precious stones, mineral fuels and plastics were Dubai’s 2020 exports to the region which totalled US$1.97bn.

Read: Dubai aiming for almost half its energy from renewable sources