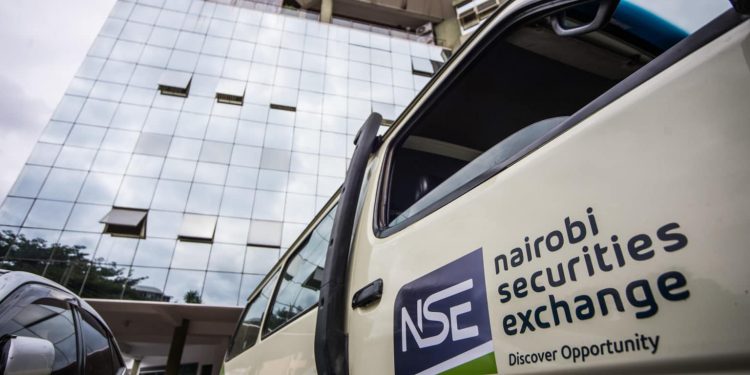 The performance of African stock markets has recently been hampered by a decreased appetite for emerging markets in the wake of an increase in interest rates in developed markets such , which are currently experiencing rising inflation

Hit by the capital flight of foreign investors and the ease of repatriation of share sales compared to other capitals on the continent, the Nairobi bourse has had the third-worst performance of any primary stock market in Africa since January.

The Nairobi Securities Exchange (NSE) was placed eighth among the ten largest stock markets in Africa, despite having a return of minus 30 per cent in dollar terms since the beginning of the year. This resulted in the loss of 789 billion Kenyan shillings (US$789 million) in investor value.

An analysis of the market that was conducted by the investment firm EFG Hermes showed that Ghana and Egypt tied for the position of the worst-performing market with returns of minus 32 per cent in a rating that placed the Nigeria Stock Exchange as the top performer on 21 per cent returns.

The performance of African stock markets has recently been hampered by a decreased appetite for emerging markets in the wake of an increase in interest rates in developed markets such as the United States, which are currently experiencing rising inflation, forcing their central banks to raise interest rates. This has resulted in a decline in the performance of African stock markets.

This flight of money to the US market, where inflation is at a 40-year high of 8.6 per cent, and other wealthy nations have sparked dramatic price decreases of African blue-chip corporations listed that are a favourite of international investors. The US market is at an inflation rate of 8.6 per cent.

Given that 55 per cent of its revenue is generated by foreigners—who dominate its market—and that there are no limits on moving foreign exchange in and out of the country, NSE stock exchange performance has suffered more pain than other countries as a result of this.

On the other hand, it has been challenging to remove capital from Nigeria, which has compelled investors to either maintain their current holdings or adjust their portfolios within the market.

Despite reports of a dollar shortage both locally and in numerous other African nations, the Kenyan market appears to be the least restrictive in terms of access to dollars, and as a result, it makes it easier for foreigners to sell off their goods. In addition to this, in comparison to other regional exchanges, the NSE is a reasonably liquid market, according to Solomon Kariuki, head of research at AIB-AXYS Africa.

The NSE has dropped to lows not seen since 2017

The total value of all equities was estimated to be Sh1.847 trillion as of the end of the year, which is a decrease of Sh2.636 trillion from the beginning of the year. Meanwhile, the NSE main index reached a low point not seen in 19 years due to the departure of foreign investors.

The share price of Safaricom, which makes up more than half of the value of the stock market, has dropped by 38 per cent since January to a current price of Sh24 per share, down from a price of Sh37.95 per share in January, which has contributed to the fall at the Nairobi bourse.

Due to the stock’s high liquidity and strong business performance, such as profits and dividends, foreigners have exposure to it.

Muathi Kilonzo, director and head of equities at EFG Hermes Kenya, said, “Safaricom is the most vulnerable company in the world to the sell-off because it has attracted money from both emerging and developed markets.”

Second, the lack of foreign currency to send profits back to international investors, which sometimes takes weeks, has also created a vicious cycle in which selling is driven by fears of being stuck. Investors always have a terrible time in Nigeria because they get stuck there.

As foreign investors sell off stocks, local institutional investors haven’t stepped in to buy them. Instead, they’re putting their money into fixed-income investments like government bonds, which offer better returns and safety than stocks at the moment.

When foreign investors enter the market, they change their dollars into shillings. When they sell, they do the opposite to get their money out of the country.

If the value of the currency drops between the time of purchase and the time of sale, they will incur losses since they will be able to acquire fewer dollars when exchanging their currency for exit purposes. Should it advance, they stand to make more money when they sell their shares.

This year, the value of one dollar in shillings has decreased by 3.9 per cent, and the average rate of exchange was 117.50 yesterday. When combined with the value reductions seen in key equities, this has led international investors to fear a significant decrease in the value of their portfolios.