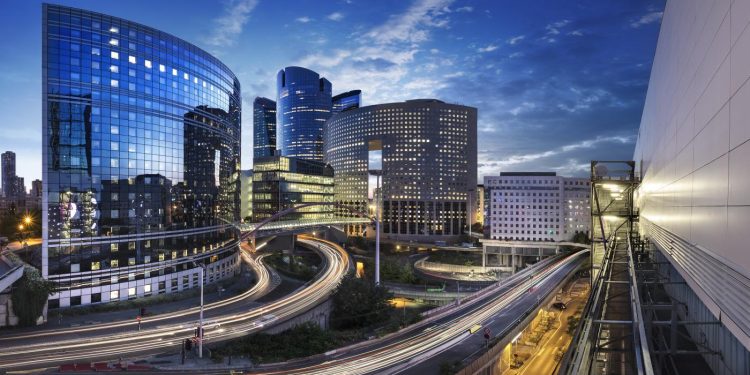 REITs to add depth and liquidity to Zimbabwe Capital Markets

REITs are soon to grace the ZSE with groundwork already being laid in terms of regulation however questions linger over what impact the adoption of this novel structured finance innovation.

Real estate investment trusts or REITs do not yet exist in Zimbabwe.

The listed property sector in Zimbabwe on the stock exchange has been in a state of flux. The way that it looks right now is very different from the way that it looked like 15 to 20 years ago. There are only 2 pure play property companies listed on the Zimbabwe Stock Exchange namely Mashonaland Holdings and First Mutual Properties. Both companies are heavily involved in commercial and office real estate and to certain extent residential property.

Over the last 5 years, two other companies that were listed under the property category were delisted and went private. The 2 companies are Zimre Property Investments Limited which was assimilated into its parent company Zimre Holdings Limited.

The other company to leave the bourse was Dawn Properties Limited which used to own and manage some of the property assets of hotel and resorts group African Sun Limited.

When viewed against this background the introduction of REITs into the country is desperately needed. It is needed on 2 primary levels with the first being that Zimbabwean capital markets need depth in terms of scope as the universe of investible assets is limited to stocks and government-issued fixed income securities. There is a need for securitization and the release of liquidity of this otherwise illiquid asset class.

The second need they must address and the problem they need to solve is the housing crisis that Zimbabwe is currently seized with. The country has a backlog of housing stock of anywhere between 1.5 to 2 million housing units according to reports from media outlets and the government.

The introduction of REITs to the investment landscape if it is to be meaningful should address this. The liquidity that these investment vehicles release once they are deployed should provide the funding needed to develop more housing units to meet the current backlog.

This will depend on the way the REITs are structured and funded. A sponsor or manager of a good quality REIT who also has excellent credit standing should be able to attract foreign direct investment for the country through the issuance of foreign exchange denominated REIT units. A bank with good quality borrowers on its books should also be able to partner with a sponsor and or manager to structure a mortgage REIT or mREIT as it is described in the United States which will finance the lending of mortgage loans to well selected and good quality borrowers.

REITs and how successfully they can be developed and deployed in Zimbabwe could have the potential to turn around the fortunes of the country economically. They are a critical financial innovation but just what exactly are they and why are they so important?

Capital markets in Zimbabwe are not deep in terms of scope and scale. The stock exchange has been around since 1894. So, it is not by any means an embryonic institution or a newbie. The mainboard of the ZSE comprises 2 categories namely the industrial index which tracks all companies that are not in the mining space and the mining index which tracks all companies in the mining sector that are listed on the stock exchange.

There are at least 51 companies that are listed on the stock exchange. There is also the Victoria Falls Stock Exchange which is a pure-play United States dollar-denominated stock exchange. Since its inception 2 years ago there are 4 companies listed on that board. Additionally, there are 3 exchange-traded funds on the ZSE. There is no bond or fixed income or derivatives market in Zimbabwe.

There is no funding mechanism for the issuance of debt securities in other words. Investors in the country are, therefore, restricted to equities, government-issued debt, direct real estate, and exchange-traded funds.

Efforts have been made in the past to develop a debt capital market however, they have unfortunately been undermined by weak macroeconomic fundamentals like inflation. It was interesting, therefore, to read a report in the Herald titled, “Zimbabwe: REITs listing expected this year…” The listings according to the tabloid were expected to come from pension funds looking to list their properties. None of the pensions according to the paper had been listed so far and their reason for this was the absence of investor regulations.

Another prominent news outlet, the Zimbabwe Independent broke a story anticipating the introduction of the asset class on the ZSE in March. The report by the Zimbabwe Independent titled, “A new class in town,” posited that should this development materialize, it would make Zimbabwe the fifth African country to introduce REITs after Nigeria, Ghana, Kenya, and South Africa.

The ZSE represented by Tinashe Mapara made a presentation in conjunction with pension funds regulatory authority IPEC on the introduction of REITs. This presentation set out the historical background of the asset class and the rationale for its introduction which is to permit the participation of smaller investors to gain access albeit indirectly to real estate, especially for those for whom direct investment is beyond their means. In essence, a REIT is designed to be pass-through investment security. Typically, a REIT is not meant to be subject to taxes in terms of the distributions it makes to either its shareholders or to the holders of its units.

The presentation made by the ZSE on REITs announce the following criterion for entities desiring to be classified as REITs going forward:

Consequently, the REIT will then be exempt from income taxes even though capital gains taxes will be payable in the event of asset disposals. The only exception in this instance will be in the case of properties disposed of by pension funds. Investors in REITs also will be exempt from taxes save for dividend withholding taxes and capital gains taxes on the disposal of units.

The structure of REITs in Zimbabwe will comprise 4 distinct participants namely:

For a REIT to list on the main board of the ZSE the stock exchange has put forward the following requirements:

The capital markets of Zimbabwe as said before are ripe for the introduction of this security. Depending on how they are developed, structured, and introduced REITs could be a game-changer not just for the ZSE but also for the broader economy. To investors, the potential benefits are compelling which include diversification through the addition of securities linked to and that track the value of hard assets. Investors in REITs can expect regular income from their securities as this income flow is guaranteed to them by the law that classifies REITs as such. To remain as REITs such companies need to pay a regular portion of their income to investors.

REIT investment by retail investors will involve a much lower outlay than they would otherwise expend if they were buying actual property and attempting to lease it out to tenants and managing it. Investing in property through a REIT offers convenience to the investor and confers on them the tax advantages on them described formerly.

Because REITs will be listed on the stock exchange by implication it means that investors can expect them to be liquid in the sense that investors can buy or sell them easily on an organized market in such a way that the price is not affected. This is not particularly the case in the property market where property units can stay on the market for years without being sold unless the price is drastically changed.

The benefits of the introduction of the REIT structure and operating within the context of one also extend to issuers of this security. REITs will offer a tax-efficient structure which can enhance operational efficiency and enhance the profitability of property enterprises and ventures. The REIT structure will offer issuers access to a larger and broader pool of investors and capital depending on how they solicit investment.

Zimbabwe has a lot of desirable and prime properties which can be monetized successfully using a REIT structure. New investors introduced through this structure will cause risks to be shared with the initial promoters of the REIT and allow the former owners to realize some liquidity from their investments.

As always it must be understood that all investments pose some form of risk. Market risk affects all investments in the universe of securities. REITs can generate low yields depending on the valuation of the underlying assets in the structure compared to the income that the properties generate. The biggest risk to the success of this initiative is the current state of the real estate market in Zimbabwe.

In the case of land property holdings of pension funds which own much of the high-rise buildings and commercial properties, they will be affected by the negative economic trends which have negatively affected the ability of such investments to generate cash flow. Investors will, therefore, need to closely interrogate any stock issuances in REITs to assess the underlying assets in terms of their track record of generating cash flow.