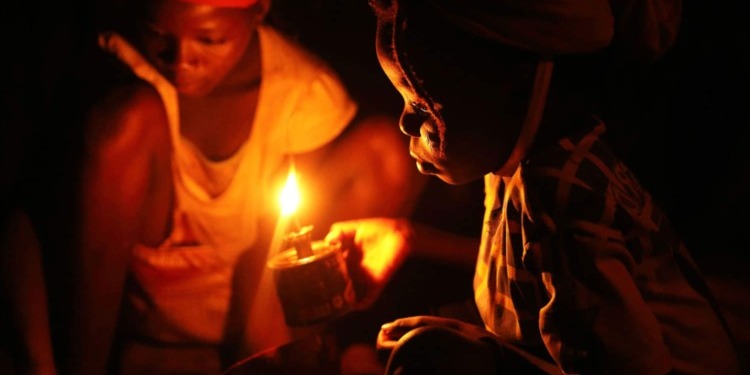 Children using a smoky lamp to study. More than 50 per cent of Sub-Saharan population is without electricity. [Photo/Panos Pictures]

Estimates show that by 2050, SSA’s population will be more than two billion having grown from one billion in 2018 and demand for electricity will grow by three per cent per year until then.

Even though Dubai is rooting for renewable energy sources by 2050, the emirate is also building a giant coal power plant which is the first in the United Arab Emirates (UAE). Dubai is recognised as the globalized financial capital and the undisputed tourism, trade and banking hub.

This city-state is seemingly reaching for the sky dwarfing Babylon’s ambitions by investing in gigantic projects and which has seen it teeming with glittering infrastructure. It not only boasts of the world’s tallest building, it also has some of the most outstanding creations including man-made islands and the world’s largest natural flower garden.

All these marvels require powering and with the sweltering heat many months of the year, the demand for energy cannot be underestimated. This demand is dire in Africa and Dubai has several lessons Africa can borrow from.

More than half of Sub-Saharan Africa’s population still does not have access to electricity according to a March 2020 report by the IMF. This means that the potential of the energy sector in Africa is immense since industry, education, healthcare and many other aspects of the economy cannot be fully exploited without power.

In addition to inadequate power, those in Sub-Saharan Africa (SSA) have to pay on average nearly twice as much for electricity in comparison to consumers elsewhere in the world.  Even with power for the 50 per cent of the population, power shortages cost the continent an estimated 2 to 4 per cent of GDP a year.

With a growing population, electricity needs can only grow in the foreseeable future.

Estimates show that by 2050, SSA’s population will be more than two billion having grown from one billion in 2018 and demand for electricity will grow by three per cent per year until then.

What remains the biggest challenge to meeting this growing demand is the continent’s current energy sources which have severe consequences for health and the environment. Africa’s energy mix is largely based on burning coal, oil, and traditional biomass which include wood, charcoal and dry dung fuel.

Dubai started diversifying its economy in the 1970s to meet the demands that came with growth. This diversification saw it grow much faster than most of its neighbours. Some of the contributing factors to this success are that it is easily accessible from around the world and foreign migrants whose population rocketed in the 80s and the 90s drove growth.

Africa is no doubt better placed to benefit from similar or even better approaches.

UAE’s capital, Abu Dhabi, is by far the wealthiest Emirate and it has witnessed a population boom over the last 50 years. The distinct difference between the two Emirates is that Abu Dhabi still relies on oil for much of its wealth while currently, less than one per cent of Dubai’s GDP is from oil. The shift has seen Dubai’s reliance on oil drop from more than half at one time to the current one per cent.

But beneath the opulence on display, Dubai’s economy has been dwindling since the 2015 drop in oil prices. This economic slowdown has seen property prices falling, construction projects halted and white-collar jobs decreasing.

While this is the case, Dubai has moved to avoid over-dependence on oil.  In 2017, the Emirate announced an ambitious plan to increase the share of renewable energy in its energy mix.

The launch of the Dubai Clean Energy Strategy 2050 is a long-term plan that will see a total investment of US$163 billion over the next 30 years to improve Dubai’s energy mix.

By 2050, the targets for Dubai are that 44 per cent of energy will be from renewable energy sources, 38 per cent from gas, 12 per cent from ‘clean fuels’ and 6 per cent from nuclear energy. With this comes the plan to also increase energy efficiency by 40 per cent in the same period.

Unlike Dubai, Africa has immense resources to generate energy from. In addition to solar energy, there are numerous rivers and an expansive landmass which could make it easier to generate power. With Dubai’s expertise and shift from oil, the technical know-how can be replicated on the continent to make energy more reliable while also increasing the number of people connected to the grid.

Kenya, Ethiopia, Rwanda, Uganda and Tanzania have been on a green energy harnessing spree producing power they may not consume by the year 2022.

These East African nations could find themselves riddled with too much electricity which people cannot use due to the possibility of not enough people being able to purchase the power or lack of infrastructure to transmit it.

For decades, some countries have been purchasing power from their neighbours and since they are now producing their own, they may be stuck with a surplus they cannot utilise or offload leading to massive losses due to having idle power.

As it is, solar remains one of the most reliable sources of energy for Africa but several hurdles continue hindering its adoption. The reason Dubai has several invaluable lessons for Africa is that among the milestones, it is planning to add 600 megawatts of clean energy capacity in 2021 alone through new solar installations.

The country commissioned the first stage of the 300MW five-phase Mohammed bin Rashid Al Maktoum Solar Park in July. The Dubai Electricity and Water Authority was also to commission the world’s tallest concentrated solar power tower in September. The 262.44 metres tower has a capacity to generate 100MW. An additional 200MW from the parabolic trough is expected at the completion of the fourth phase of the solar park by the end of 2021.

On completion, Dubai’s energy mix will see a 12 per cent growth in renewable energy by the end of the year.

Power generated from renewable energy sources in the UAE will increase to 21 per cent in 2030 and will hit 44 per cent by 2050. Only last year, the country’s clean energy contribution was 7 per cent but with more new projects coming online, this is changing.

For Africa, it is time to open the doors for those with the ideas instead of reinventing the wheel.