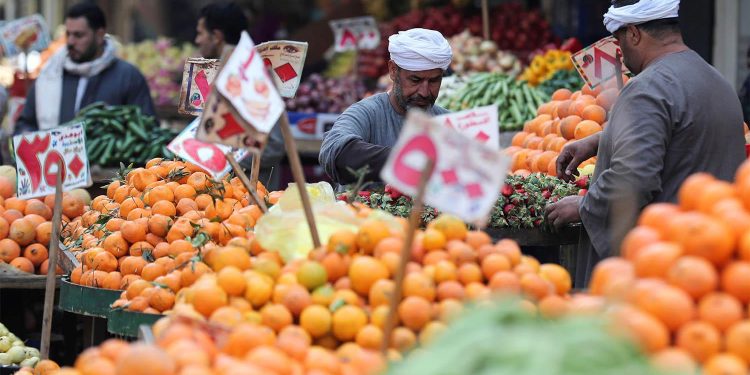 Higher interest rates, a weak currency, and a general investor aversion to emerging markets mean Egypt may have to pay a high price to cover an expected US$30 billion budget shortfall

Higher interest rates, a weak currency, and a general investor aversion to emerging markets mean Egypt may have to pay a high price to cover an expected US$30 billion budget shortfall for the fiscal year beginning in July.

Analysts say that even before the United States Federal Reserve began raising interest rates in March and Russia invaded Ukraine, Egypt struggled to maintain its appetite for local and external borrowing to address budget imbalances and current accounts and stave off international pressure to allow its currency to weaken.

In addition to the two events sparking a portfolio investment outflow estimated by the country’s prime minister at US$20 billion, the Ukraine war delivered a new shock to Egypt’s tourism sector, a key earner of foreign currency, while also instigating wheat and other essential commodities necessary for the government’s massive food subsidy program to rise in price.

Investors brought in after the 2016 IMF-scrutinised reforms are becoming increasingly sceptical of the Egyptian government’s finances, which is causing the price of Egypt’s dollar-denominated Eurobond in 2032 to plummet approximately 75 cents on the dollar at present.

This indicates that Egypt will have to pay higher interest rates if it wants to issue more bonds, even though the country is attempting to spread its debt with green, sharia-compliant, and yen-denominated samurai bonds.

In recent years, there has been a “quite large” rise in Egypt’s debt that has been issued in foreign currency, according to James Swanston, an economist at Capital Economics who specialises in the Middle East and North Africa.

According to data provided by the central bank, the country’s medium and long-standing external debt more than tripled to reach US$121.5 billion over the course of the seven years leading up to October 1, 2021.

Analysts warn that once government wages and subsidies have been paid for, a debt servicing bill that would consume 45.4 per cent of total revenue-up from 44.6 per cent last fiscal year – will leave little room for spending.

Egypt outlined a wide variety of state assets that it will offer to private investors as part of Egypt’s government’s effort to exit certain economic areas and attract US$40 billion in investment over the next four years.

The current level of private investment in Egypt is approximately 30 per cent. Still, Egyptian Prime Minister Moustafa Madbouly has stated that he would want to see that number climb to 65 per cent of the total during the next three years.

During a news conference, Madbouly stated that his government privatise key state companies in electric vehicles, data centres, networks for oil and gas, the expansion of communication towers and gas liquefaction plants, and wind power.

For years, the regime has been discussing the possibility of selling state assets. In 2018, it announced making minority holdings in 23 state-owned enterprises available for purchase. The initiative has been continuously pushed back due to sluggish markets, impediments in the legal system, and the lack of preparedness on the part of the enterprises regarding their financial documentation.

As a result of Russia’s invasion of Ukraine, it is dealing with a growing budget deficit, a sinking currency, and increased borrowing rates. These issues are compounded by a higher bill for wheat imports and a decline in tourism revenue.

Last month, President Abdel Fattah al-Sisi directed the government to develop a plan to raise US$10 billion by privatising key state companies over the next four years.

Madbouly claimed that US$9 billion worth of assets of the government had already been identified to be sold and another US$15 billion is in the pipeline.

“The total exceeds the aim for the first two years,” he stated. Shares in ten state enterprises and two military companies would be among the assets to be sold on the stock exchange at the end of this year.

Egypt’s seven largest ports will be amalgamated into one firm, and a handful of the country’s most prestigious hotels will be merged into another firm. The two newly formed firms’ shares will be offered on the public market to “widen their ownership and management governance.”

Transportation projects that the government is currently implementing, such as a monorail system, a high-speed train, and an electric train, will also be offered for a partial sale or under private administration contracts.

Madbouly also told reporters that the government wanted to reduce total debt to 75% of GDP in the next four years, down from 86 per cent now, and reduce the budget deficit to 5% from 6.2 per cent