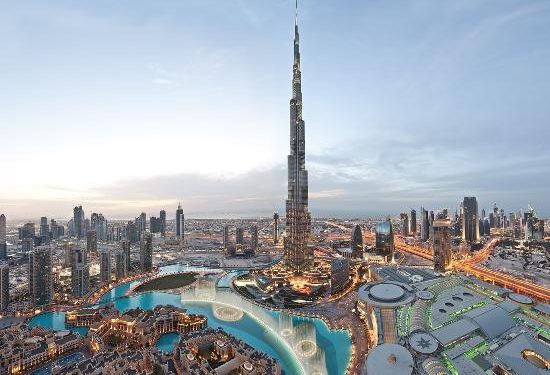 How a $500 million UAE fund will change Africa

Last year, during the Dubai Africa Summit in Dubai, African leaders were entertained with various proposals on how to promote trade and commerce with the United Arab Emirates. The meeting sought to increase the influence of the Arabian country in Africa including private business ventures as well as intergovernmental relations.

During this event last year, UAE announced that it expects its non-oil trade to exceed AED 1 trillion for the period extending from 2011 until the end of 2019. Dubai Chamber of Commerce and Industry also announced that it has signed a memorandum of understanding (MoU) with the General Directorate of Residency and Foreigners Affairs (GDRFA) and Dubai Free Zone Council to launch the “Be Part of Dubai” initiative which will see 200 prominent African investors receive UAE Golden Residency Visas.

This trend is catching up with Dubai 2020 commencing at the Africa Union summit. The UAE’S Consortium for Africa, a new initiative with a committed investment of USD 500 million to help fulfill the vision of a “turbocharged” and connected new Africa, driven by its youth, has been unveiled at the African Union (AU).

The UAE Minister for International Cooperation and Director-General of Expo 2020 Dubai, Reem Al Hashimy, told members that the Consortium would be a long-term builder of human capital on the continent with two immediate priorities: digitization and youth.

She said the Consortium would align the UAE government and its private sector’s commitment to Africa, combining ambition for progress, and resource to support it, into one focused entity to assist development and investment, contributing to an optimistic new future vision for Africa and with Africans.

Reem Al Hashimy explained, “More than simply donor or a provider of concessionary loans, the UAE understands that real value lies in the long-term building of human capital. And we are committed to helping deliver the apparatus in which start-ups can thrive, entrepreneurs can lead, and young people can look forward with optimism to a future that is firmly in their control.”

The focus on digitization and youth would ensure that “our young and talented populations are not overwhelmed by, but embrace, the opportunities of the future,” the director added.

“We have listened closely to what you have told us, as a continent represented by the African Union, and as nations that make up its member states. And we have heard your call to the UAE: to draw on lessons learned through our own development, and to target the UAE’s investment into Africa’s digital economy,” Her Excellency continued.

The UAE has been an active partner on the continent throughout its 49-year history, investing billions during that time and by 2016 was the second largest investor country in Africa, with support for a wide variety of projects including roads, bridges, and ports, schools, clinics, and hospitals.

The Consortium for Africa would ensure more consolidated, adaptive and impactful support in the future, said Her Excellency, who was the first UAE Minister to address the AU with a speech to its Executive Council at its headquarters.

Her Excellency also heralded the first participation of the African Union at a World Expo, showcasing the continent’s rich history and many achievements within its own pavilion. For the first time in World Expo’s 169-year history, every single participating nation – a record-breaking 192 – will be represented with an individual pavilion of its own at the World’s Greatest Showcase of human brilliance and achievement.

Some 25 million visits are expected at the first World Expo in the Middle East, Africa and South Asian region (MEASA). Located in Expo 2020’s Opportunity District, the African Union Pavilion will explore the speeches of Africa’s great leaders, illustrating just how much the institution has achieved since its inception as the Organisation of African Unity in 1963.

Millions of visitors will step into a colorful, borderless space, where they will discover Africa’s vast potential and optimism for the future, reflected in its Agenda 2063 aspirations that address agriculture, transport, science and technology, and health.

For six months from 20 October 2020 until 10 April 2021, the UAE will host the world’s largest meeting of minds, welcoming creative critical thinkers to a powerful platform that will shape our future and reveal a raft of opportunities to be explored by – and in – African countries.