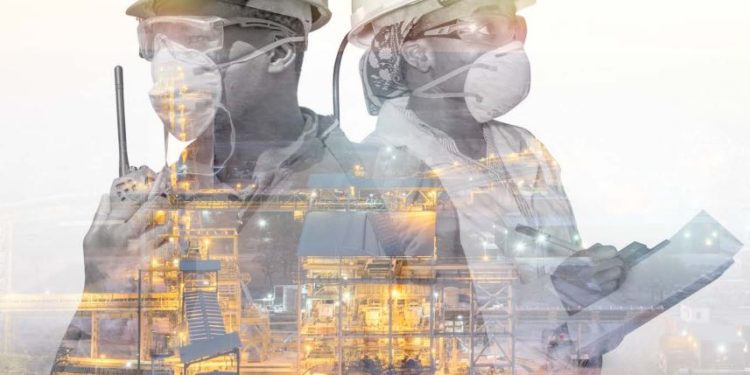 Zimbabwe Platinum Mines the sole subsidiary of Zimplats Holdings which is listed on the ASX is growing in significance with the Impala Platinum group.

Zimplats Holdings the jewel in the Impala Platinum’s crown

The Zimbabwe operation of Impala Platinum, Zimplats accounts for approximately 22% of the JSE listed platinum miner

Zimplats Holdings is an enigma to many Zimbabweans. They know for instance that the company is one of the largest foreign exchange earners for the southern African country, but few know that they can invest in it. Fewer still have an idea of how much value the company creates from digging up platinum and selling it.

The Australia Stock Exchange (ASX) listed  holding company, Zimplats Holdings is a blue chip by any definition. A company is considered a blue chip when it produces a steady stream of profits and dividends for its owners regardless of the economic climate. Zimplats is more than that. It is a holding company whose sole and primary asset is controlling a 90% stake in Zimbabwe Platinum Mines (Private) Limited. Zimplats Holdings is the investment holding company through which Impala Platinum Holdings of South Africa operates in Zimbabwe. Zimbabwe has the second largest platinum reserve in the world after South Africa and hosts the third largest reserve of platinum group. This is according to mining.com.

A litany of largest platinum miners in the world have made a bee line for Zimbabwe  in search of a platinum fortune. mean Implats company being the first in the market, has sparked the race to secure the most lucrative claims on the Great Dyke, Zimbabwe, where the second largest platinum reserves are. Zimplats Holdings is not known intimately in Zimbabwean financial circles and in the investment community in general. This is because the mining behemoth is firstly incorporated in Guernsey and is listed on the Australian Stock Exchange. The company does not have a listing on the Zimbabwe Stock Exchange which could explain why most people have not heard of it and have never received the opportunity to look under its hood to see how it performs let alone invest in it. Zimplats shares are simply out of reach for most retail and institutional investors save for the sophisticated ones who managed to purchase its shares on the Australian Stock Exchange (ASX) or have purchased shares in its parent company Impala Platinum Holdings which is listed on the Johannesburg Stock Exchange.

Zimplats is a jewel. According to the chief executive officer of Impala Platinum, the company is now one of the leading subsidiaries in its stable. The mining executive’s endearing statements about the state of the mining environment in Zimbabwe and his commendation of the support the government of Zimbabwe has given to Zimplats, is perhaps the best reason to explain why other mining companies are emboldened to enter the country’s mining space. The latest mining company to enter the Zimbabwe platinum space is Tharisa PLC which is developing the Karo Platinum mine.

Zimplats Holdings is  a US$ 2.26 billion market capitalization company. This market cap value in relation to its parent company is approximately 21.63% of Impala Platinum’s US $10.45 billion market value. It is a significant part of the broader Impala Platinum group. However, not much is known about this company and even much less is known about how Zimbabwean investors can gain exposure for their investment portfolios to this prized asset.

Considering its share price,  over a 5-year horizon, it shows that investors in Zimplats Holdings would have enjoyed a 474.49% capital gain. This is due in large part to the recovery in precious metal and commodity prices in general. In terms of capital appreciation on the Australian Stock Exchange, Zimplats is second only to Pilbara Minerals the lithium mining company on the ASX which during the 5-year investment horizon delivered capital appreciation of 513%! This is according to data gathered from Google Finance.

According to Yahoo Finance, Zimplats Holdings shares have risen by 21% in the last three months.. This share price performance  warrants a closer look at the finances of the company which reveals  a return on equity of 26% for the 12 months that ended on the 31st of December 2021. Return on equity is a measure that assesses the efficiency of a company’s management in the use of the company’s capital. The metric is found by dividing the net profit generated by a company by the amount of equity contributed by shareholders to that company. Zimplats Holdings generated US $483 million in profits for the year ended December 2021 and the company has equity worth US $1.86 (billion. This yields the 26% Return on Equity (ROE) (include entire name then the acronym) metric. In simpler terms this means investors earned 26 cents for every US dollar they invested in Zimplats shares.

Despite its relatively smaller size in comparison to its ASX listed mining peers, Zimplats in financial terms punches well above its weight. According to Yahoo Finance the mining industry average ROE is 16% which is 10 percentage points below the score achieved by Zimplats at 26%. Zimplats as an investment delivers value to its investors. This exceptional financial performance was underscored by an even more exceptional operational performance which saw the company increase its income over the last five years by a whopping 57%! Interestingly, this net income growth by the company during the five year period exceeded the industry average by a wide margin. The industry average in terms of net income growth came in at 25.3%. In summary, Zimplats Holdings doubled its earnings over five years in comparison to the average ASX listed mining company. This is a remarkable feat given that the company operates as a single asset in a single jurisdiction which is known for being volatile.

The increased earnings of mining companies in general have also been due to increased productivity of mining assets. Zimbabwe’s platinum geology on the Great Dyke is conducive to high production levels. The platinum group metal (PGM)  bearing ore is said to be very shallow so it can be mined using open pit mining methods which are relatively inexpensive when compared to deep level mining that characterizes most South African gold mines.

The advantageous geology of the Great Dyke is the reason why Zimplats consistently generates excellent profits. On the ASX however, the company is relatively small as that market also boasts the likes of Rio Tinto and BHP (include the full name, the acronym) which are much larger than Zimplats’ parent company. For example, last year BHP reported that it had made profits of at least US $13 billion whereas the market value of Impala Platinum is around US $10 billion. As a result, it would seem that ASX Zimplats is a minnow. This is not the case in Zimbabwe however, the platinum miner is a massive generator of foreign exchange for the hard currency starved country. The company employs many local people who work in their mines and has developed infrastructure in and around Ngezi where its operations are located.

The company, according to its 2021 integrated annual report, is structured in the following way:

Zimplats Holdings is an attractive investment. This is the consensus among most analysts given the company’s previous financial performance and its outlook given the scope that remains for growth in prices of commodities and precious metals in general. What remains unfortunate is the fact that Zimbabwean local investors (both retail and institutional) have no means of investing in this company nor gaining exposure to it in their respective portfolios. Zimplats is not listed on the Zimbabwe Stock Exchange and pension funds and institutional investors are prohibited by law from investing offshore. There remains an opportunity for shrewd and innovative fund and asset management companies to create a platinum group metals (PGM) opportunities fund which invests specifically in companies that mine platinum in Zimbabwe and list a portion of it on the Zimbabwe Stock Exchange. The result would allow    Zimbabwean investors an opportunity to  participate in their country’s burgeoning platinum mining industry.