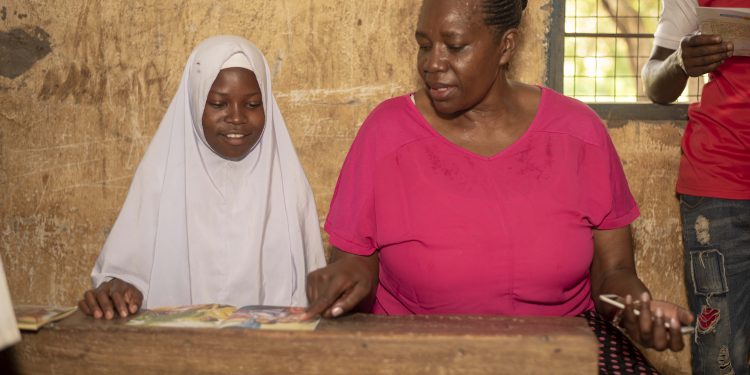 Mother tongue, or Language One and First language are the expressions used to refer to the language one first learns and grows up with. The choice of the reference is based on the level of ambition and the international environment in which we live. All in all, the language one learns in childhood is often referred to as ‘mother tongue’. It is the first language, identity language, heritage language or home language.

The importance of mother tongue cannot be overemphasised. Research has shown that mother tongue has a very important role in children’s overall development and that this first language plays a unique role in linguistic and cognitive development, and is of continuing importance through out childhood. Feelings, which are important for the child’s development, are also passed on through the mother tongue. It is so important to the extent that it has become the vehicle of institution of thematic curriculum especially in the Early years education in some contexts like Kenya and Uganda.

In the same vein having a strong mother tongue foundation leads to a much better understanding of the curriculum as well as a more positive attitude towards school, making it vital for children to maintain their first language when they begin schooling in a different language. With the development of their mother tongue, children simultaneously develop other essential skills, such as critical thinking, effective communication and literacy skills. It is this skill-set that they take with them into formal education, and research tells us that any skills and concepts gained in the learner’s home language don’t need to be re-taught when they transfer to a second language.

When children go on to acquire other languages in addition to their first language, they get a deeper understanding of how to use different languages effectively. The role of the parents become significant at this point in helping expand the child’s vocabulary and general language use. Such a child is better prepared when kindergarten or school starts and can easily learn new languages as he or she is already established in at least a language and can communicate.

Children, who have a solid foundation in their mother tongue, develop better literacy skills also in other languages that they learn. Grammar of the mother tongue is learnt intuitively and this way of learning can also be transferred to the learning of a new language. The knowledge and skills the child has in the mother language are easily transferred to other languages. For example, if a child has developed the ability to guess the meaning of a word through its context or to infer meaning by reading between the lines, these skills are easily transferred when they begin studying in a second language. It is much harder, however, to teach these abstract skills directly through a second language. This transfer occurs more proficiently as long as all the languages are supported.

With multilingualism becoming an increasingly sought-after attribute within the workplace, the need to acquire and be able to use many languages cannot be over stated. Globalization and inevitable need to travel across regions, in addition to technological advances requires one to have more multiple sources of language to draw from. Early mastery of ones mother tongue is helpful in acquiring other languages.

Mother tongue further supports the learning process in two important ways. It is less taxing for children to learn in a language they already know. Learning new content while at the same time trying to make sense of the new language in which the content is delivered can be a daunting task for children and learners at any level. Secondly, being dropped suddenly into a completely alien environment (new language, new social situation) can be very traumatic to children, and some are so scarred by this trauma that they never recover. Besides being psychologically damaged, children taught from the beginning in a foreign language take time to catch up with their peers. Use of mother tongue diffuses this trauma.

The home-school interface becomes very significant in language acquisition specifically and literacy development generally. Much as parents would play a significant role in mother tongue foundation, their attitude towards new or foreign language affects children’s acquisition of the same. It is important that both parents and teachers have a positive attitude towards new languages in order for children to be motivated towards the same. Parents and teachers should work hand in hand in supporting the children in their journey to multilingualism, an essential ingredient in linguistic development and becoming part of the global society.

There are various implications to the thinking about mother tongue. For instance, children may learn and acquire the initial literacies and acculturate to the school environment in their native language, then mainstream after they have learned the new language of instruction. This has been seen to work in a number of environments. Another is that mother tongue education should not only be confined to early years but be a supplement to the regular curriculum of schools. Language being a key aspect of culture, if well thought out, can be an important instrument of pluralism in creating a social system free of prejudice.

Mother tongue and general language acquisition calls for parental involvement as part of the general development of in children. The best way for parents to support their children’s linguistic development is to spend time with their children. Quality time with children is realised through different activities like story telling, discussions, reading and offering support and encouragement in their mother tongue.  Thus, parents will play their role in supporting their children to gain multilingual skills, which in turn enables their children to achieve better school performance and higher self-esteem.

Let us not lose the opportunities mother tongue provides in an individual’s overall development. Other than the linguistic and cognitive developments in relation to what and how the child thinks, mother tongue has an important role in framing emotions. Most of all, it connects the child to his or her culture, a key element of personal identity. It is the child’s first comprehension of the world around him and the learning of concepts and skills and as such should be harnessed in all ways possible.