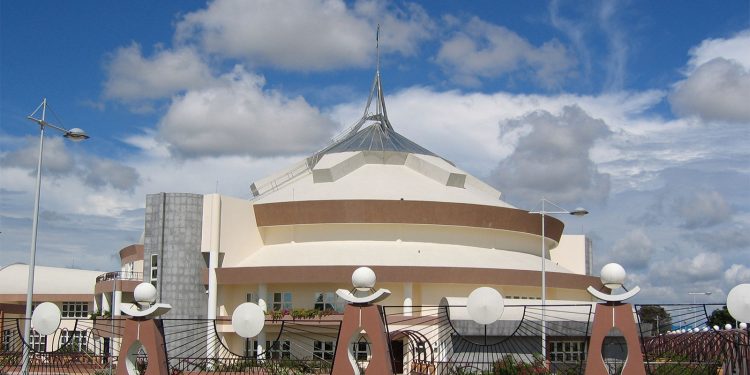 Tanzania government relocation: What next for Dodoma?

Dodoma is the capital city of Tanzania, with over 2.4 million people and with a landmass of about 41,000 square Kilometers

It may be located hundreds of kilometres away from the former capital city Dar es Salaam, with its skyscrapers and high influx of people, Dodoma is Tanzania’s new primary geographical status. After more than 45 years of attempting to move, the relocation is real this time.

Dodoma is the capital city of Tanzania, with over 2.4 million people and with a landmass of about 41,000 square Kilometers, according to Tanzania’s National Bureau of Statistics (NBS).

Since 1973 Dodoma was declared to be Tanzania’s capital city by the first President Julius Nyerere.

However—the move from Dar es Salaam to Dodoma took several twists, until the current President John Magufuli, unequivocally vowed to fulfil the declaration in 2016 (when government ministries started to move) and officially moved to Dodoma in October 2019.

It is estimated that the relocation exercise will cost the government about $500 million to accomplish.

Why move to Dodoma

The decision to relocate is historic and is based on a long-standing desire to strengthen the nation’s government and political landscape, dating prior to the country’s independence.

Hence, it is argued that former President Nyerere’s grounds for the relocation were rooted in spreading wealth across the country as well as strengthening security, easing transportation and economic activity.

The recommendations trigged the relocation aspirations to Dodoma, which lies in the heart of Tanzania in the eastern-central part of the country, 480km from the coast.

Hence, in the realization of the dream, a declaration was passed in 1973 which ultimately led to the establishment of the now-disbanded Capital Development Authority (CDA), to gain insight on land management in the region and facilitate the relocation, a mission that foundered.

However, several local publications related to the relocation history (including Swahili run Rai newspaper), a 2016 publication, argued that it is believed between 1988 and 1993 the ministries of Energy and Minerals (then), Home Affairs, Law and Constitution, Finance and Foreign Affairs were due to relocate to Dodoma.

What derailed the relocation?

It is argued that Tanzania could be the first African state to initiate the government relocation agenda, after Nigeria in the 1980s which took 11 years to accomplish.

The ambition was destined to face rough seas; during the post-Nyerere regime, ministers experienced difficulty executing their duties, shuttling to and from Dodoma, resulting in the relocation to stall.

However, post-independence (1961 to 1985) Tanzania had weak economic systems (operating under command economy) and had many challenges to address, while relocation costs were too high for the newly independent nation to bear.

The collapse of the East African Community (EAC) in 1977 caused the government to incur cost procuring planes and other resources to reinvigorate its entities which were operating under EAC.

Also, in 1978 Tanzania went to war with then Uganda’s dictator Iddi Amin, crippling the nation’s economy and further affecting the relocation mission.

Is the relocation realistic?

Time is a factor in this phenomenon; that is why the five years dedicated to the relocation exercise could be suitable, considering the scenario existing in Tanzania and real-life examples of failed and successful relocations elsewhere.

Dar es Salaam is highly populated, with more than six million people. The city infrastructure layout is still prone to floods; over the past decades, lives and materials have been lost.

The World Bank estimated that flood-caused damage to infrastructure topped at $100 million in 2018, which is close to two per cent of the gross domestic product (GDP) of the country’s largest metropolis.

The relocation as argued by the current government stands to enhance economic opportunities of other regions, and lift the present concentration of administrative and political operations from Dar es Salaam.

For instance, relocating India’s capital from Calcutta to New Delhi took 20 years (1911 to 1931), and from 1980 to 1991 for Nigeria, thus—Tanzania’s ambition for relocation and past failure might incentivize the success of the government relocation this time around.

Jarrod Ball, Chief Economist of the Committee for Economic Development of Australia, argues that technology is key behind government relocations.

“The fact that there haven’t been successful moves of capital cities in recent times suggests that even with all the technology we have to overcome geographical distance, it remains more difficult than ever to move a city,” he argues.

Tanzania can learn from other nations’experiences as well as new city projects in Africa (in Senegal, Kenya, Mauritius, Nigeria, Ghana and Zambia).

Hence there are three key takeaways behind each successful government relocation. Taking Australia as a case, during the relocation of the capital to Canberra, various factors were involved including the incorporation of infrastructure power play, financing muscle, and the role of technology and human capital relocation management—which are the core elements in the success (or failure) of government relocation.

Dodoma is uniquely distinguished not only by its diverse range of culture but economic operations. It has a healthy seasonal accommodation business landscape; it is home to the Parliament, the University of Dodoma—the largest university in Tanzania, and the Prime Minister’s residence.

The Tanzanian government is also executing the relocation hand-in-hand with the development of auxiliary factors supporting the smooth relocation process, including constructing decent homes in a designed residential area in Ihumwe, developing the $7.5 billion Standard Gauge Railway (SGR) project and the construction of a new international airport at Msalato that will spice the city up even further to development.

“We want to have a 21st-century city that is being built based on science and technology, one that is well planned and managed,” Binilith Mahenge, Dodoma’s Regional Commissioner told CGTN television when the move was in full swing.

This could also be the breaking point for Tanzanians and international business actors to invest in large, medium and small-scale business enterprises that Dodoma has to offer. It could boost the winery industry which is still ripe, dominated by a few players.

The real estate industry which has seen a promising surge in demand since the government relocation became serious, and also the services industry could offer the right incentives for further development.

According to former government spokesperson Dr. Hussein Abbas until February 2019 over 89 per cent of civil servants were already relocated to Dodoma.

However, the government relocation plan to Dodoma could face backlash as Tanzania’s biggest corporations, embassies, international organizations, companies and non-governmental organization offices are settled in Dar es Salaam, where most of their operational resources and technology germinates.

Despite this scenario, Dodoma offers a fresh start, a profitable opportunity to enhance the region’s real estate, promote local innovation and lift business enterprises, compared to the housing glut, and unplanned settlement (75 per cent) in Dar es Salaam, that has proved to be a problem.

Hence according to the current scenario in Dar es Salaam, it would seem most of these entities have not shown much effort in relocating to Dodoma.  It is yet to be revealed as to whether they will be staying put indefinitely or whether they will gradually move to Dodoma. Also, there are concerns that the cost of the relocation could compel some civil servants to quit their jobs to stay in Dar es Salaam.

Also, it has been noted throughout other relocation plans, Australia, and Brazil, for instance, the balance of economic power was a key factor. These relocation exercises took a great deal of time and resources to ensure that economic strength was built gradually in other regions where administrative powers have moved.

Already the Tanzanian government has shown commitment towards developing and strengthening economic structures of other regions, via—designating mineral trading centres in less-urbanized areas, funding establishment of schools, hospitals and administration offices in areas which had none previously.

It is a matter of time and investment that goes side by side with working with the private sector in developing Dodoma, which is far better planned than Dar es Salaam.

Also, the government of Tanzania ought to support Dodoma residents in the transformation, as societal and economic parameters will change over time.   It is crucial for all stakeholders to move in tandem with the relocation, to roll in a smooth and profitable government relocation.

It is important to consider the role of people in government relocation, Dodoma could turn out to be a great geographical location to live in, do business and explore; it all rests on how well Tanzania can incorporate the right ingredients: technology, finance, infrastructure and human capital to build the new capital city, Dodoma. 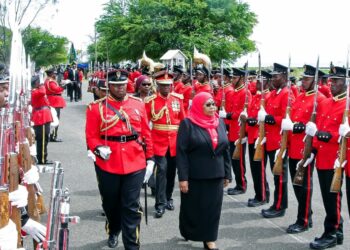 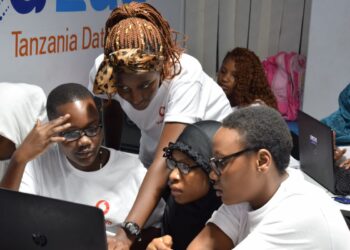 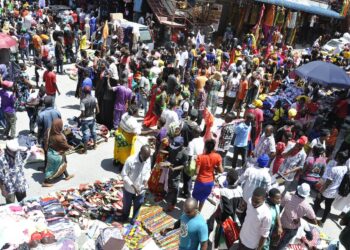 Carbon Markets:  Drive towards a low carbon economy in Africa

Cronavirus update: EAC trade down $380m in a week