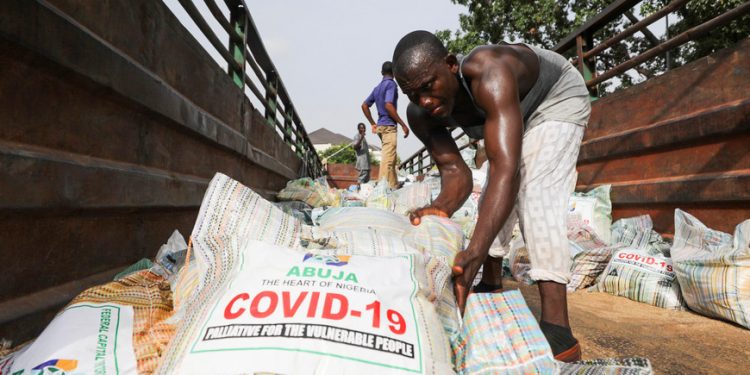 There are several projections laid out benching on Africa’s economic trend. According to UN estimates, African countries have so far lost an estimated US$29 billion due to the pandemic.

Africa, the continent of more than 1.3 billion people has experienced its share of the coronavirus (COVID-19), which shaved off crucial portions of the continent’s economy (tourism, trade and travel) leading to funding holes, debt burden and propelling unemployment and inequalities.

There are several projections laid out benching on Africa’s economic trend. According to UN estimates, African countries have so far lost an estimated US$29 billion due to the pandemic.

Despite the pandemic eviscerating this year’s plans of enhancing tourism and travel horizons for East Africa’s hotbed Tanzania and Kenya, the African Development Bank (AfDB) finds the region undeterred in the face of the pandemic , as it becomes Africa’s fastest-growing.

“Economic disruption caused by the COVID-19 pandemic has pushed East Africa’s growth projection for 2020 down to 1.2 per cent, a rate that outstrips other African regions and is forecast to rebound to 3.7 per cent in 2021,” AfDB argued.

Further, the real GDP in Africa is projected to contract by 1.7 per cent in 2020, dropping by 5.6 percentage points from January 2020 pre-COVID–19 projection.

According to AfDB, the North African zone has also sustained serious shocks from the virus.

AfDB noted that before the spread of the coronavirus pandemic at the global level, economic growth in North Africa was expected to rebound to 4.4 per cent and 4.5 per cent respectively in 2020 and 2021.

“However, the uncertain global environment, the COVID-19 pandemic and the projected contraction in advanced economies will negatively impact the growth forecast for the region. Among all African regions, North Africa had registered the most important number of COVID-19 confirmed cases as of May 2020,” AfDB report published on July 14, 2020, read in part.

In 2019, for the second year in a row, North Africa was the second-best performing region in Africa with a growth rate estimated at 3.7 per cent.

The West Africa zone, on the other hand, was expected to expand by 4.0 per cent in 2020, hence—the bank stated that the “... The magnitude of the socioeconomic impact of the COVID-19 pandemic on countries in West Africa may not be known with certainty as the situation remains fluid”.

As the economic flow struggles to get back to normalcy, AfDB anticipates slow growth. “Thus, under a conservative baseline scenario, the economy is now projected to contract by -2.0 per cent in 2020, 6 percentage points below the projected growth rate before the pandemic.”

The bank’s scenarios showcase real output could fall by as much as -4.3 per cent in a worst-case scenario with prolonged pandemic until the end of 2020.

“Growth in the region will be effected through a combination of channels, including a decline in commodity prices, low financial flows, reduced tourism earnings and heightened volatility in financial markets. The deceleration in output growth will be reflected in negative growth in per capita income of 4.3 per cent with the attendant social ramifications,” AfDB report published on July 8 read in part.

As African economies plunge into the likelihood of being driven by debt burdens, inequalities and funding holes, there are also other risks lurking in the corner such as further marginalization as a result of de-globalization as argued by World Economic Forum (WEF).

According to WEF, there are crucial aspects at play that need another set of analysis, particularly as they influence Africa’s economic longevity over time and space.

As several think tanks, organizations, financing bodies and researchers try to put sense to the entire pandemic and bring a comeback plan, WEF brought interesting ideas that are worth exploring, particularly for Africa’s current predicament.

The world foreign direct investment (FDI) flows are forecasted to decrease by up to 40 per cent in 2020, from the value of $1.54 trillion in 2019, according to United Nations Conference on Trade and Development (UNCTAD).

In addition to this reality, the UNCTAD report says the developing sphere will be hit massively and recovery will not be possible until 2022.

According to the UNCTAD report, the negative trend will be worsened by low commodity prices. In 2019, FDI flows to Africa had already declined by 10 per cent to $45 billion.

All these scenarios point to signs that the pandemic is forcing the developed world to retreat and regain strength individually.

WEF argues that the narrative can be analysed by: “Simple proxy indicators are air travel and shipping volumes, both of which have all but collapsed in the face of shutdowns and imposed travel restrictions”.

“With the global shutdown having impacted countries that account for over 80 per cent of global GDP, the World Trade Organisation (WTO) recently warned that, as a worst–case, trade could collapse by as much as a third this year. Even considering its most optimistic scenario, the WTO forecasts that trade could fall by 13 per cent in 2020, a similar drop in trade as recorded in 2009 after the financial crisis,” WEF report argued.

As African countries hold off on launching the continental free trade area (AFCTA) pact, the demand shock is being exacerbated by protectionist sentiment. WEF analysis showed that other countries are not actively promoting liberalized trade, seeking economic solace through protectionism.

“Multilateralism is now unfortunately on the backburner. Rising trade frictions will result in increased trade polarization, especially targeted at China (one of Africa’s closest trade partners), which is likely to respond similarly. We are likely to see a rapid erosion of the principles of free trade that could delay the global economic recovery,” WEF highlighted.

However, the continent of more than 1.3 billion people can circumnavigate the current waves of de-globalization by adopting and embracing self-supportive regionalism through enhanced intra-trade—which is one of the most vital potential to stimulate the regional economy.

“Almost counter-cyclically, actively promoting trade liberalization to encourage new areas of growth would be a pragmatic response to the reduction in global trade, not to mention promoting Africa as an enhanced destination for investment from multinationals,” WEF highlighted.

Even before the virus grip, the region had some serious debt scenarios although a significant portion of the debt was argued to be manageable by the director of the African Department at the IMF, Aemro Selassie in 2018, according to African Business Magazine.

Hence, in the same context, the funds the region acquires are both levers to development (in Rwanda, Tanzania, Uganda, and Ethiopia) and extreme debt burdens marring sustainable growth.

According to the World Bank, the total debt for sub-Saharan Africa climbed nearly 150 per cent to $583 billion between 2008 and 2018, and already led many in this pre-COVID context to issue warnings of instability, as average public debt increased from 40 per cent of GDP in 2010 to 59 per cent in 2018.

However, according to Africa’s Pulse report, the pandemic is likely to pull sub-Saharan Africa into its first recession in 25 years, as food security could also compound the situation as a result of agriculture-production declining between 2.6 per cent and 7 per cent.

WEF highlighted that “the outflow of capital from the emerging world has been huge in recent months and has left deep holes in developing countries’ finances”, meaning the virus has exacerbated further fiscal deficits.

“Facing rising fiscal deficits, over 100 countries have applied to the International Monetary Fund (IMF) for emergency funding. Also, the G20 has called for a debt moratorium from bilateral sovereign creditors to provide payment relief to highly indebted African countries. Private creditors, however, have been less forthcoming, choosing to review debt on a case-by-case basis,” WEF argued.

With all these scenarios at play, multilateral financiers need to reconsider their stance on debt burdens and relieve poverty-overwhelmed nations from their financial predicaments.

Africa is rapidly leaning towards technological adoption across all corners of the region.

The digital divide is less compared to the last decade. According to GSMA, a mobile operator trade body, around three-quarters of the population in sub-Saharan Africa have a mobile connection, while a third of these use smartphones.

The pandemic brought the need and adoption of digital service to the forefront of development, whereby various services such as teleconferencing and virtual interactions hiked up in consumption.

Countries such as Rwanda, Kenya, Nigeria, South Africa and Tanzania which have demonstrated promising and healthy ICT operations could levitate Africa’s digital landscape and simplify life, impact many economies and slim down costs of business but also boost competitiveness.

Advanced technology is undoubtedly essential in propelling development, hence—in this current situation it dictates the economic prospect of the entire continent—whether in domesticating solutions or tackling crises.

As the world gets technologically ahead every quarter, it is time for the region to step up and assume its unique role to push forward its economic reform once and for all.