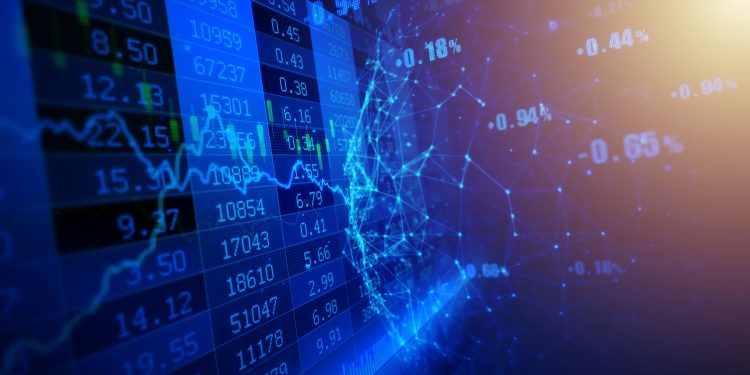 East Africa continues to draw attention due to its high growth rate. The positive growth has been projected by both national and multilateral agencies like IMF and World Bank. The growth is expected in both agricultural and manufacturing sectors with great support from the service industry. To harness the power of all this growth is a budding bourse across the region. In this issue, we focus on how the stock markets are expected to behave this year.

The EAC has four operational stock exchanges: the NSE, RSE, DSE, USE in Kenya, Rwanda, Tanzania and Uganda respectively. The NSE and DSE are both automated while the USE and RSE are still manual using the open-outcry trading system. Unlike the other three Partner States, Uganda also has an over-the-counter-market (OTC) for government bonds though the same bonds are also listed on the USE.

The Nairobi Securities Exchange is the oldest in the region having been established in 1954 to serve markets in Kenya, Uganda and Tanzania. Following the collapse of the original East African Community, all companies from Tanzania and Uganda were delisted.

The NSE has grown over the years to be among the leading securities exchange in Africa only bettered by the Johannesburg Stock Exchange in sub-Saharan Africa. NSE demutualized and self-listed in 2014.

At the beginning of 2020, the NSE 20 Share Index (NSE20) a major stock market index that tracks the performance of 20 best-performing companies listed on the exchange lost five points or 0.18% to stand at 2669.

There were hopes of the index rising towards a high of 3,000 point as witnessed mid last year. However, experts expect this flow to remain low. The highest the NSE20 has ever risen was in January of 2007 when it reached a high of 6161.46.

The biggest news of the year so far at the NSE has been the commencement of the trading of Kenya’s first green bond offering investors the chance to put money into environmentally-friendly fixed-income security.

The bond, worth KSh4.3 billion ($42.5m), is issued by Nairobi-based property developer Acorn Holdings who intend to use the proceeds to build students’ accommodation.

Acorn’s bond is structured as a “restricted public offer”, targeting a few investors with a 50 percent guarantee from credit guarantees provider Guarantco on both their investments and the interest.

Experts expect 2020 to be a good year, especially for banks. The anticipation of improved earnings from commercial banks buoyed by increased lending and asset growth are making analysts to hold out for a bullish run this year.

Since the repeal of the interest capping act last year, banks are expected to increase their lending hence giving good returns for their shareholders. This has already been witnessed at the financial sector counter at NSE.

Equity Group, KCB, NCBA, Barclays and the Cooperative Bank made for notable bank stocks in the second half of 2019 and remain among the top bet stocks at the start of the year.

Two interesting and almost related things happened on 18th November 2019. On that day, Acacia Mining Company, which had gone through protracted tax issues with the government of Tanzania, was delisted from the bourse. On the same day, the Dar es Salaam Stock Exchange Index (DSEI) lost over 500 points to settle at 1756 points, the lowest it has been in the last six years. The market quickly picked up, but the effect of the gold mining entity’s exist illustrated the sensitivity of such an action.

In January 2020, the DSEI increased 16 points or 0.79% resting at 2077 points. It is expected to continue a bullish run for most of the year buoyed by agricultural counter as well as the entry of new mining listings. Equally important, last November, the DSE was classified by FTSE Russell as a frontier market after many years of it being unclassified.

A frontier market is a country that is more established than the least developed countries (LDCs) but still carries too much inherent risk, or is too illiquid. They are considered desirable by investors looking for substantial long-term returns since these markets have the potential to grow much more stable and established over the course of decades. This puts the DSE in the same category as capital markets in Kenya, Uganda, Nigeria, Ivory Coast, Morocco and Ghana.

The DSE is expected to feel the effects of the Vodacom shares which were transacted last September. The transaction of a total of 588 million Vodacom Tanzania shares in an ‘All or Nothing’ (AoN) Market board deal saw shares worth TSh499.8 billion (US$216.4m) sold.

Shanta Gold is on the final steps to offload 49 per cent stake from its Singida Gold Mining project, expecting to raise US$20 million. Tigo Tanzania is also expected to go public.

The Uganda Stock Exchange (USE) has seen less growth compared to the other two older bourses in the region. The Ugandan’s USE All Share Index (ALSI) is the benchmark index for the Ugandan equity market which tracks the performance of 16 listed security equities, of which half are local companies and the other half are cross-listed Kenyan companies.

The ALSI decreased six points or 0.31% since the beginning of 2020. In the last year, the market has seen a decline followed by constant growth. The highest point reached by the bourse was in February 2019 with 1860 points and later fell to a low of 1523 points in August of the same year. It has however managed to recover to stand at 1813 points by January 2020.

Just like the rest of exchanges in the region, the majority of the stocks are foreign-owned. The Uganda Capital Markets Authority announced towards the end of 2019 that it was putting more efforts towards getting more telcos to list. The authority announced that such companies should list at least 20 percent of their shares at the USE. This is meant to increase the number of shares held by local Ugandans on international companies. This is despite the capital market having not conducted a single IPO in the last six years.

The Rwanda Stock Exchange (RSE) is the youngest of all stock markets in the region. It is however one of the most promising entity with great push and support from the Rwandan government. It is expected to be automated in 2020.

As of December 2019, there were 20,000 active investors on the stock market up from 18,764 in December 2018. About 83 per cent of these are local investors, 13.8 per cent were regional, while the rest were international. The RSE surpassed $1 billion in trading last year.

Just recently, the RSE, the Ministry of Finance and Capital Markets Authority announced that they have established an initiative called investment clinic which is working with small and medium enterprises to use the capital market to raise capital.

Ethiopia is the largest economy in Eastern Africa yet it does not have an operational stock market. The planned Addis Ababa Stock Exchange in 2020 is expected to excite international investors even as Ethiopia moves to implement financial reforms. There are however, some fears that the country is not ready with institutional and legal frameworks to sustain international investors.

Carrying on the heritage of Sudan, the world’s last male white rhino

The unemployment rate in Morocco drops to 9.2 per cent in 2019

Uganda growth could lower and oil investment delays are part of it, IMF says