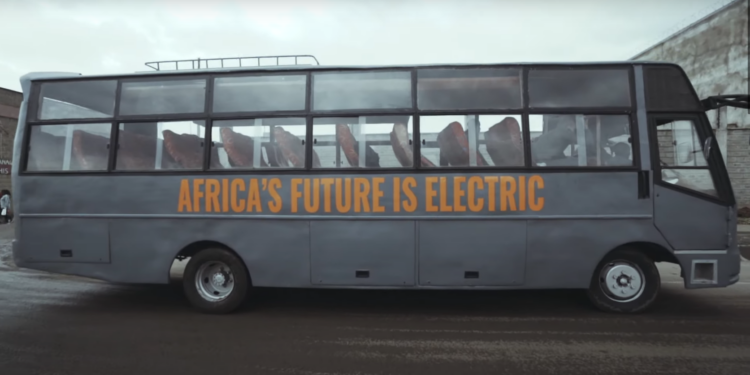 The electric bus from OPIBUS consumes a power of 225 kilowatts and can reach a top speed of 85 kilometres per hour.

by Joseph Kangethe
in Kenya, Tech & Business
0
Share on FacebookShare on LinkedIn

The first electric bus by the start-up OPIBUS is up and running. The Kenyan-Swedish company has hit the road into the transit industry.

in Kenya mid this year. The company also plans to extend its services across Africa by the end of 2023.

The company has the vision to lower costs and simplify deployment for EV vehicles across Africa. At the start of COP26, OPIBUS opened a funding round closure that raised US$7.5 million for the company.

Over the last five years, OPIBUS has been converting petrol and diesel engines to electric powered ones, which proves a big challenge as it costs roughly $39,000 for the conversion.

Electronic vehicles have a wide scope of benefits: They reduce the cost of transportation and does not emit carbon.

The start-up has converted more than 170 vehicles from petrol and diesel engines to electric powered ones. The company is building supporting infrastructure for their cause through the installation of public charging stations.

The chief strategy and marketing officer at OPIBUS, Albin Wilson, said that the company would be testing 10 of their buses in Nairobi to ensure that the product fits and is optimized to the usage patterns in the country.

“Once we get this valuable feedback, we will make the required changes and get all our production partners lined up to scale the rollout as rapidly as possible,” Albin said.

OPIBUS design and build its vehicles locally, which gives them a competitive advantage in terms of cost-effectiveness and time taken to reach the market and designing the output to fulfil the local market needs.

Uber and OPIBUS have entered into a partnership to provide 3,000 EV’s to support Uber’s consistent demand to deliver emission-free transport services across the continent.

The partnership is symbiotic as OPIBUS will supply Uber with electric vehicles, and Uber will help its new partner expand its services to other countries in Africa.

Features of the electronic bus

The electric bus from OPIBUS consumes a power of 225 kilowatts and can reach a top speed of 85 kilometres per hour. The powered battery has a capacity of 121 kilowatts an hour and takes a maximum of 1.5 hours to charge.

Read: Driving into the future: electric cars in Africa

One battery can take the car through 120 km before the battery it calls for a recharge. The bus will significantly lower the cost of importing fully built vehicles and reduce maintenance services by 80 per cent, compared to a diesel bus.

The buses will first be deployed in peri-urban areas around the capital, Nairobi, where several charging points will have been installed.

Challenges of the OPIBUS

The bus’s mileage discourages long-distance transportation. The battery charge can only travel for 120 km.

The battery takes a considerable amount of time to charge. This could increase the demand for battery charging stations, and wide adoption of the EV’s would result in traffic in these stations.

Kenya electric grid would find it challenging to survive the pressure created by the wide adoption of electric vehicles.

OPIBUS adoption will challenge the electricity situation in Kenya

The adoption of OBIPUS in Kenya would put pressure on the electricity production sector. One bus consumes 225 kilowatts a day. There were 80,000 registered public service vehicles in Kenya as of 2012.

After the official launch, OPIBUS mass production unit targets to produce 500 cars in a month. In five years, electricity consumption from cars will be consuming 3.24 billion kilowatts a year.

Kenya imports electricity from Uganda and Ethiopia. The East African nation needs to increase electricity generation to the national grid for the future of the public transport industry to go electric.