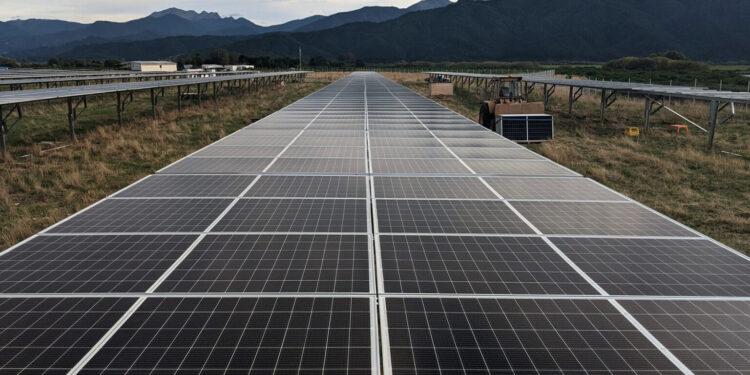 According to Greg Johnson, Associate Director of Consulting at BCC Research, there is a surge of interest in low-carbon alternative technologies, with solar energy blazing a particularly profitable path

BCC Research has developed a new analysis to investigate the market potential for solar power as the demand for solar energy continues to increase in the public, private, and political spheres.

The solar energy consulting company forecasts that the global market for solar power will be worth more than 182 billion dollars in 2022, and the Solar Power Industry to Generate US$372 Billion by 2027.

This year, the value of the need for photovoltaics (PV) will account for around 93 per cent of the total. The solar panels, which can be put on rooftops or on the ground in solar farms, are responsible for directly converting sunlight into electric power by these systems.

The remaining portion of the market is occupied by concentrated solar power (CSP) systems, which focus on the sun’s rays using lenses, mirrors, and tracking devices.

The heat that is produced is used in traditional steam turbines, which are then used to generate electricity. CSP is a more capital-intensive technology than PV because it requires high quantities of direct sunshine, only found in some areas of the world, including the Middle East, North and South Africa, India, and the southwestern United States and Mexico.

“Climate change, health implications of air pollution, energy security, and energy access are all pressing against the collective conscience.

We’re witnessing a wave of interest in alternative, low-carbon technological choices, with solar energy blazing a particularly lucrative trail. Combine these worries with the extreme volatility of oil prices.

That’s as a result of its assurance that production costs would continue to drop, as well as the predictability of cloud cover and solar irradiance in much of the world. Any business that chooses to dangle its toe in the solar seas can take advantage of all this upside in the form of consistent cash flow.”

Solar photovoltaic (PV) systems are less expensive and easier to construct than other renewable energy sources, such as wind or hydroelectric turbines.

They also generate electricity at an efficiency of approximately 42%, which is about two percentage points higher than the efficiency of wind turbines.

The ever-increasing need for energy, the ongoing push to lessen reliance on fossil fuels for the generation of power, as well as financial incentives and regulatory support for the expansion of solar photovoltaic (PV) technologies contribute to this trend are all drivers that are propelling solar energy forward.

In addition to the low installation and maintenance costs, other drivers propelling solar energy forward include rising energy demand.

Numerous nations, including Germany, Spain, the United States of America, China, Japan, and India, have each created a considerable solar capacity to fulfil the ever-increasing demand for energy.

It is anticipated that renewable energy generation will rise at the quickest rate among all kinds of power generation, eventually surpassing coal-fired energy to become the primary energy source by the year 2040.

In addition, solar photovoltaic (PV) technology is anticipated to see the most significant rate of expansion among all renewable energy sources over the next decade and beyond.

Emirates suspending flights to Nigeria over failure to repatriate its money