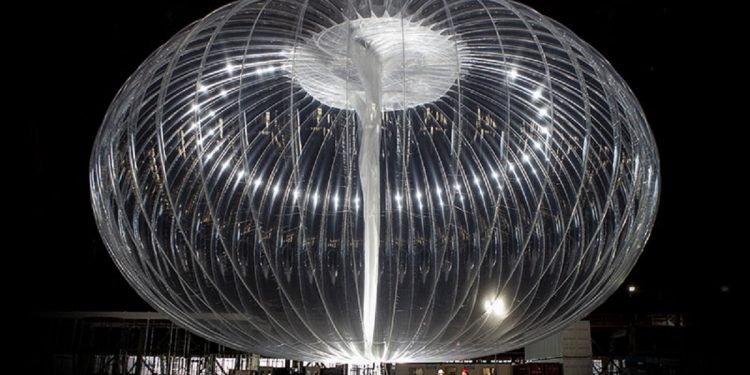 A Loon’s internet-enabled balloon. Kenya has launched several of these to increase internet coverage for those not covered by the existing infrastructure. [Photo/IFC]

The gold mine in Africa’s ‘internet economy’

There is a goldmine in digital technology and the internet economy

Africa accounts for 40 per cent of the global population not covered by a mobile broadband network.

Only 47 per cent of the world’s population is covered by a mobile broadband network, according to the GSMA’s Mobile Internet Connectivity 2019 report.

While there has been an acceleration in mobile broadband coverage, the continent still lags behind since it accounts for a minority stake out of the 3.5 billion mobile internet subscribers worldwide.

The International Finance Corporation (IFC) notes that only about 22 per cent of Africa’s population has access to an internet connection, the lowest of any region in the world.

Read: The future of work and Africa’s internet connectivity

According to the GSMA Sub Saharan Africa factsheet, mobile data has become more affordable but remains above 2 per cent of the monthly income threshold for more than 75 per cent of countries in the region.

And these challenges are probably what the IFC is targeting to address.

The World Bank Group member announced this month that it was loaning the West Indian Ocean Cable Company Ltd (WIOCC) to help the telecoms infrastructure provider expand and improve affordable internet connectivity as it continues to serve over 30 countries in Africa.

WIOCC has received some US$20 million from the IFC’s global US$8 billion fast-track covid-19 response facility announced in March to help sustain economies and preserve jobs during the pandemic.

This support will help WIOCC upgrade subsea capacity, including the Eastern Africa Submarine Cable System (EASSy), and roll out terrestrial fibre optic networks across the region. EASSy is an undersea fibre optic cable system connecting countries in Eastern Africa to the rest of the world.

The African Union has set the goal of connecting every individual, business, and government on the continent by 2030. IFC’s partnership with WIOCC is a step toward helping address the connectivity gap in Africa.

WIOCC is a private company jointly owned by 14 African telecommunication operators. It makes strategic investments in digital infrastructure to support reliable and scalable connectivity in Africa. The entity will be making additional investments in digital infrastructure in the immediate term in light of increased demand because of the covid-19 pandemic.

The pandemic has slapped the continent with severe socioeconomic consequences including increased unemployment, lost incomes and wealth depletion since reserves cannot be replenished as fast.

With this, the disruption has increased the importance of digital technology on the continent in response to the unfolding crises caused by the virus as well as planning for recovery.

On the positive side, the pandemic has the potential to accelerate Africa’s digital transformation creating decent and resilient digital jobs for the millions affected by the disruption.  ​

With Africa being majorly youthful, this crisis could be just what the continent needed to shift from the analogue way of doing things to moving the office online.

As seeking livelihoods shifts online with the working from home policies to the creation of new opportunities, there is a goldmine in digital technology and the internet economy could balloon with good investments in the sector.

The shift has the potential to positively impact labour supply and demand since projections by several institutions including the World Bank showed that an estimated 230 million digital jobs would be created in Africa by 2030.

To fill them, some 650 million more training opportunities would be created showing that the internet was a haven of opportunities for the continent.

Since the pandemic hit, online retailing and digital trade in services have increased on the continent. This means that there are several opportunities innovation, e-commerce and the creation of digital jobs for both intra-African and other markets beyond the continent.​

And to make all this a reality, countries like Kenya are already launching floating cell sites to offer internet coverage to millions not covered by the current infrastructure.

In 2018, Telkom Kenya and Loon, a subsidiary of Alphabet, Google’s parent company partnered to offer the high-altitude balloons. The partnership was timely since now the two companies can afford the masses the much-needed connectivity.

While most jobs remain informal, the internet which has limitless opportunities has now become the next frontier for African youth out to make a dime. Service providers enabling this venture will be the biggest beneficiaries of the Fourth Industrial Revolution (4IR).

Read: 5 reasons why investing in Kenya’s real estate is better than stocks