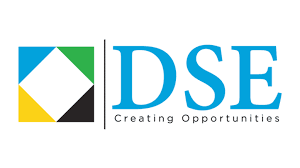 by Salum Mohamed
in Banking, Tanzania, Uncategorized
0
Share on FacebookShare on LinkedIn

Most forex trading shops in Dar es Salaam remained closed at the beginning of this week as uncertainty continues to shroud the currency exchange market with major banks in the economy holding extensive advertising to lure customers into their forex departments.

The BoT statement said further that the Bank would continue with its normal inspection exercise to identify all bureaux de change operating unlawfully. In December last year, BoT conducted inspections of all forex shops in the country and found most of them not meeting the requirements of the law governing the businesses. ‘Due to this, BoT ordered them to give explanations as to why their licenses should not be revoked for failure to adhere to the laws and regulations. Thus, the process to cancel the licenses of the forex shops is based on their explanations, ‘ the statement read.

The BoT further stated in its statement issued in January this year that foreign exchange services would continue to be offered by all banks and financial institutions. All banks and financial institutions were urged to continue playing an active role in providing the services to their clients during the interim period as investigations of the bureaux de change continues. The Bank also cautioned the public to avoid using services from unauthorized bureaux de change, unauthorized entities or individuals as it is a criminal offence that may lead to monetary fines or imprisonment.

East African countries embarked on a campaign to curb illegal forex practices in their economies whereby in November last year Rwanda security forces arrested five unlicensed forex traders. In Rwanda, the law provides that any person who sells or exchanges the national or foreign currency illegally shall be liable to a term of imprisonment of six months to two years  and a fine from Rwf200,000 ($224) to Rwf3 million ($3358). In Uganda, the police have been arresting illegal forex dealers since 2015 and several suspects detained, states the Bank of Uganda. Kenya also cautioned investors to be alert of the illegal forex business after the Capital Markets Authority discovered that several dealers were operating without licenses.

It is argued that illegal forex trading stands to trigger inflation in the region and weaken local currencies, which would make imports expensive and further worsen budget deficits for regional economies.

Also read Half of Forex Bureaus in Tanzania to Close