With the world’s economy largely relying on agriculture, the horticulture sector is rated among the top foreign exchange earners with Kenya ranked as the leading exporter of fresh produce and cut flowers to the European market.

When the World Health Organisation (WHO) on 30th January this year declared Covid-19 a public health emergency of international concern and later elevated that to a pandemic on 11th March, the world was not ready for the ripple effects that followed.

Two days after the WHO declared corona virus disease a global pandemic, on 13th March, 2020 Kenya reported its first positive case with the numbers escalating to over 30,000 confirmed cases.

With the world’s economy largely relying on agriculture, the horticulture sector is rated among the top foreign exchange earners with Kenya ranked as the leading exporter of fresh produce and cut flowers to the European market.

According to Clement Tulezi, Chief Executive Officer of the Kenya Flower Council, the industry has been losing about Kshs20 million ($184.4 thousand) per day due to the coronavirus outbreak. The CEO expressed fears about a looming collapse of the industry noting that the sector may, by end of this year, shrink by half of its value which stood at Kshs120 billion ($1.1 million) in 2019.

A recent report by Hivos, through the [email protected] Campaign, the horticulture sector in Kenya is perhaps one of the worst hit by this pandemic. Kenya sells up to 70-75% of its horticultural products to Europe and therefore closure of European markets has had an immediate negative effect on the sector.

Closure of the Dutch auction where flowers from Kenya are also sold has further compounded the situation. As this happens, the world of work is being profoundly affected by the Covid-19 pandemic. The economic and social disruption caused by the crisis threatens the long-term livelihood and well-being of thousands of Kenyans, especially women.

“The most vulnerable to the impacts of the pandemic are the thousands of workers found at the start of supply chains such as production, preparation and packaging. Most of these workers are often predominantly women who are plagued by dual—domestic and professional—roles in which they double-up as the primary caregivers in their households and communities,” the report reads.

Women workers constitute 65-75% of the entire workforce in Kenya’s horticulture sector.  These are workers who, long before Covid-19, have been subjected to decent work insufficiencies that include poverty wages, dangerous and unsafe working conditions, sexual harassment as well as job insecurity, according to the study. These are the very workers bearing the initial shock of the pandemic for which they are least prepared to weather.

Josephine Simiyu, Compliance and Regulatory Manager at the Horticulture Crops Directorate (HCD), the government body charged with regulating and licensing companies in the horticulture sector, said the industry was almost completely ravaged by the pandemic. She added that the effects are felt across the entire industry: from producers, businesses, workers, to government. “It is a ripple effect across the entire chain. Even the government is affected”.

Also Read: C-19, Obituary of flowers: An industry in peril

She also noted that the HCD was yet to decipher the full impact of the pandemic as it is still too early.

Although the government is engaging in stop-gap measures such as tax reduction, the evaluation report from the HCD will inform further steps to be taken to address the challenges faced by the industry in a more targeted manner.

The National Treasurer of the Kenya Export Floriculture, Horticulture and Allied Workers Union, Bernard Mukaisi has also noted that the hardships that workers are currently facing are causing most of them to face starvation and live in constant trepidation about looming eviction from their rented houses.

“Since most farms have closed while those still in operation are paying workers to uproot and dispose flowers. The union is no longer receiving union dues from the flower companies as most workers are either out of employment or on wage cuts,” he noted.

Before the onset of the pandemic, Africa’s growth rate which stood at 3.9 percent is now estimated to drop to 0.4 percent.   In Kenya however, Gross Domestic Product (GDP) growth is expected to shrink significantly as can be seen with Central Bank’s revision of its estimates from the initial 6.2% to 3.4%.

This is mainly because of the thrashing that Kenya’s horticulture and floriculture sub-sectors have taken from the pandemic. With limited flights and falling demands in Europe and Asia, the two sub-sectors in addition to coffee and tea are struggling to remain afloat. These unprecedented challenges are having economic ripple effects across the country as thousands of Kenyans unexpectedly find themselves out of work with the potential for significant increases in unemployment and further broadening of the poverty index.

Impact of Covid-19 pandemic on women workers in the horticulture sector:

In May this year, President Uhuru Kenyatta announced a Ksh3 billion ($27.7 million) for the supply of farm inputs through e-vouchers. These funds were targeting 200,000 small scale farmers who were grappling with the effects of COVID-19.

Sectors that have been hard hit by the pandemic include tourism, transport and aviation sectors as well as the real estate sector. 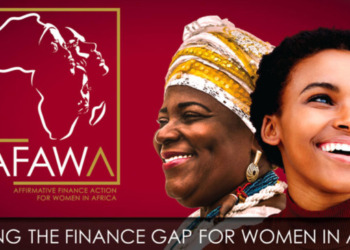 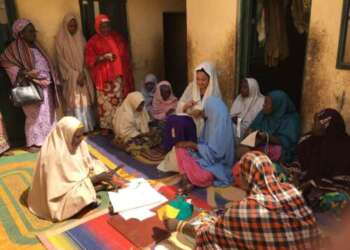 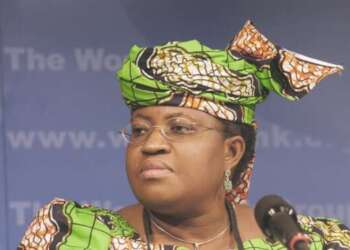 Is the pandemic a blessing in disguise for real estate?