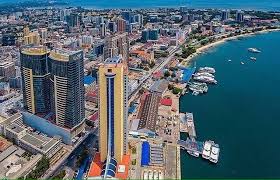 Dar named one of Africa’s best cities in attracting FDIs

by Salum Mohamed
in Countries, Tanzania
0
Share on FacebookShare on LinkedIn

Dar Es Salaam, one of the mega cities in Africa has emerged as the second-best cities in attracting Foreign Direct Investment (FDI) in East Africa after Nairobi, according to the recently published UN report.

The report named ‘The states of African Cities 2003-2018’ jointly produced by UN-Habitat together with African Development Bank with School of Economic and Business Sciences and UK Aid ranked Dar at 14th among 42 cities on the African continent.

Dar es Salaam received FDIs amounting $3.4billion. The first attracted largest recipients of FDI were resources sectors as accounting for 34% of total FDI. Other sectors to receive FDI were construction, geological exploration and development import and export trade as well as whole sale and retail trade. The report revealed that FDI tend to relocate in countries with large and expanding market, with greater purchasing power where firms are linking to obtain a higher return on capital and investment profits.

“FID will locate where there is domestic market size, well developed norms or trustworthy, low level of corruption, rule of law, availability of domestic credit, financial market development and presidential systems of government were highly significant and positive is to attract FDI,” said the report Experts believe that Dar es Salaam has the potential to boost more FDI as it fits well within the described characteristics.

Tanzania is also one of the fastest growing Cities in Africa and it enjoys political stability, stable financial system and a logistics hub of the region. The report further says that African cities should find the best connections for their development taking into account their country and city specific location advantages in attracting public and private investments. This is due to the fact that benefiting from economies of scale and association, African cities are becoming the drivers of economic growth and productivity.

The report has shown that Cairo holds the first place in Africa in terms of volume of FDI attracted. The basic reasons include well developed infrastructure, road network, an availability of skilled workers, a conducive foreign investment environment and easy of doing business which makes it a desirable location for investment. The report also pointed out that although Africa receives a modest share of global FDI, it has the second highest investment growth rate when it compared to other world regions. For that reason, African government needs to connect FDI attraction to sustainable urbanization by developing it with strong national urban policies, urban planning and financial and legal system.

The main FDI sources are Paris, Tokyo, London, New York, Singapore, Seoul, Hong Kong Chicago and Dubai. The information provided by the report is useful and encompasses many lessons for other regions in the country to take over. Cities like new Capital Dodoma, Mwanza, Mbeya, Tanga, and Arusha have the potentials and all it takes to bit down the leading city. Potential investors are invited to explore investment opportunities in our cities where the government continues to strive for adequate supportive infrastructures to suit for various projects.

Zanzibar all set for another International Tourism Show