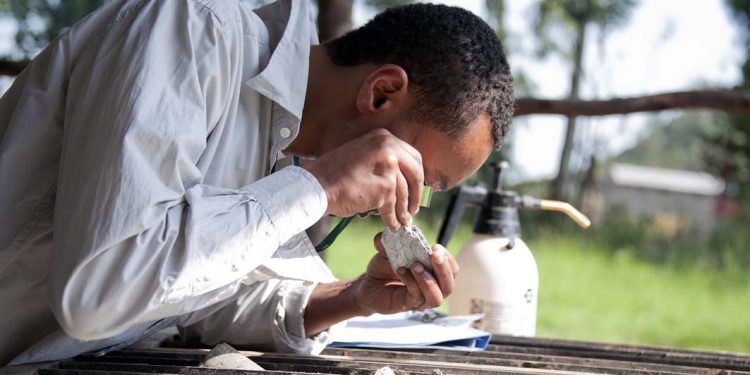 by Kimani Chege
in Ethiopia, Extractive and Energy
0
Share on FacebookShare on LinkedIn

Ethiopia mining industry which has lagged behind other sectors is set for a turn-around with multiple contracts awarded to both European and Canadian companies.

Dannish mining company FLSmidth has signed a contract for a greenfield cement plant with Abay Industrial Development Share Company for a plant to be located near the city of Dejen in Ethiopia.

The contract is valued at around EUR 100 million which includes design and engineering, full equipment supply, automation systems, installation and commissioning as well as training and extended supervision.

The plant is expected to be completed of the order is expected during the second quarter of 2022, and once fully operational the plant will have a capacity of 5,000 tonnes per day.

“This greenfield plant will be utilising the most modern and energy-efficient equipment with the lowest possible environmental impact. I am also very pleased that with training and supervision included in the contract, we will help create 300 jobs in this region – as well as a source of cement for continuing regional development. This contract once again underlines our position as the preferred supplier of sustainable and productivity-enhancing solutions to the global cement industry,” said Jan Kjaersgaard, President, Cement, FLSmidth.

Meanwhile, Vancouver based East Africa Metals a mineral exploration company focused on exploration and development projects in Africa has announced that it has been granted mining licenses to extract gold from two Ethiopian mines.

With the completion of the two Mining Agreements, East Africa now has three advanced development gold projects in close proximity to each other and existing transportation and power infrastructure.

The Company will continue to engage in discussions with interested parties on project financing and advancing engineering of the Mato Bula and Da Tambuk projects.

Ethiopia is keen on running successive mining sector with the government supported the mining companies mainly by giving them tax incentives.

Melese Alemu, Minister of Mines, Petroleum & Natural Gases, stated that the Ministry will continue to work hard to attract investors in the sector to meet the targets of the GTP II.

The sector has been undergoing ups and downs over the past couple of years. Export earnings from the mining sector showed a decline of 51.9 million dollars to 167.25 million dollars, according to the Ministry of Trade (MoT).

Sophia, the Artificial Intelligence robot is coming to Nairobi, Kenya

Unemployment in Africa gives rise to a business venture