IFC CEO Philippe Le Houérou (R). He signed agreements among them one that will allow IFC to support Ethiopian banks as part of a Global Trade Finance Programme. [Photo/IFC]

The International Finance Corporation (IFC) has agreed with the National Bank of Ethiopia (NBE) to expand trade and local currency financing.

This is part of a broader effort by IFC, a member of the World Bank Group, to play a significantly larger role supporting development in Ethiopia by helping create new markets for private investors.

The new agreements were signed during a six-day official visit to the country by IFC CEO Philippe Le Houérou.

The first agreement will allow IFC to support Ethiopian banks as part of a Global Trade Finance Programme.

Under this programme, IFC will provide guarantees for trade-related payment obligations of selected Ethiopian banks.

The second agreement will allow IFC to provide loans in Ethiopian Birr under the local currency facility of the World Bank Group’s IDA Private Sector Window.

An improved credit reporting system supported by IFC will facilitate access to finance for consumers, microenterprises, and small and medium businesses in Ethiopia.

“Ethiopia is emerging as one of the most attractive investment destinations in Africa and recent policy announcements are expected to further boost the country’s appeal to private investors,” said Le Houérou.

He added, “IFC’s work will help expand credit and trade and create markets, while mobilizing private financing that can become a more important factor toward diversifying Ethiopia’s economy.”

During his visit, Le Houérou opened the Ethiopia Capital Markets Development Workshop, sponsored by IFC and the Ministry of Finance and Economic Development.

Ethiopia aims to move toward a more market-oriented approach that promotes the efficient allocation of scarce financial resources, which will require a market-based government bond market.

Over the past five years, IFC has provided USD452 million in new investment commitments in Ethiopia across agribusiness, financial, manufacturing, and other sectors, and delivers advisory services supporting leasing, financial infrastructure, and investment climate.

IFC’s strategy calls for significantly expanding its investments and mobilizing new resources from other private investors.

It also has advisory and investment capacity to help the government develop innovative public-private partnership solutions that support its policy agenda.

The IFC investment and advisory support are expected to be leveraged to help further develop agribusiness, light manufacturing and financial markets.

IFC is the largest global development institution focused on the private sector in emerging markets.

It works with more than 2,000 businesses worldwide, using capital, expertise and influence to create markets and opportunities in the toughest areas of the world.

In fiscal year 2018, IFC delivered more than USD23 billion in long-term financing for developing countries, leveraging the power of the private sector to end extreme poverty and boost shared prosperity.

Prime Minister Ahmed has taken bold steps to reform the Horn of Africa country on a number of levels since coming to power in early April.

All signs seem to point in that direction.

As of 9 November, all Africans are able to obtain a visa upon arrival in Ethiopia, Africa’s second most populous nation, as part of Ahmed’s vision of closer and full regional integration on the continent where minds are open to ideas and markets are open to trade.

Earlier this year he disclosed that following Rwanda’s lead, Ethiopia was going to allow a visa-free regime for all Africans.

Spanish, Danish and AfDB alliance to guarantee financing for SMEs in Africa 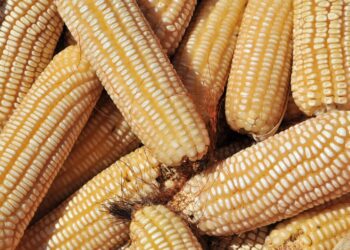 Where, how to make free calls in Kenya