Is Rocket Internet, the German parent owners of Jumia Divesting? 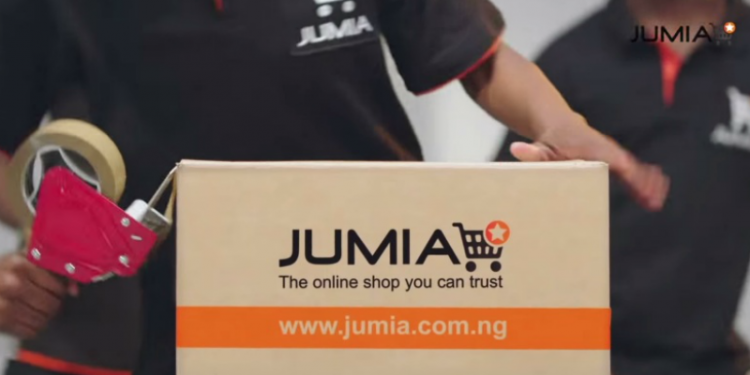 Africa’s largest e-commerce platform and first tech unicorn Jumia is to become the first African start-up to be listed on the New York Stock Exchange after the company completed its application to the Securities and Exchange Commission for an Initial Public Offering (IPO).

The Nigerian company could go public in the next month or two depending on the regulations of the securities commission. If granted, the company could allow other shareholders from all over the world to inject more capital to a company valued at over USD 1 billion.

“We intend to apply to list our ADSs on the New York Stock Exchange, or NYSE, under the symbol “JMIA.”, said a statement of intent to the US regulator.

” We are both an “emerging growth company” and a “foreign private issuer” as defined under the U.S. federal securities laws and, as such, may elect to comply with certain reduced public company reporting requirements for this and future filings. See “Prospectus Summary—Implications of Being an Emerging Growth Company” and “Prospectus Summary—Implications of Being a Foreign Private Issuer.”

The future of African e-commerce: The challenges of scaling on the continent

Jumia highlights the strength of their offer based on a strong showing of Africa’s GDP which is expected to grow by 6.0% in 2019 and at a 5.9% compound annual growth rate from 2018 to 2023, compared to 3.5% for major advanced economies (G7) and 5.6% globally, according to the IMF on a purchasing power parity basis.

Jumia notes that as Africa becomes more affluent and “connected,” African consumers will increasingly become aware of online shopping. Moreover, organized retail is underdeveloped across most of the continent, making the distribution of goods less efficient than in other regions in the world.

“Against this backdrop, we believe that e-commerce is an attractive alternative to the general lack of organized retail outlets. Across Africa, there are an estimated 17 million small and medium enterprises (“SMEs”) and merchants, demonstrating a large commerce market, accordingly to the World Bank Group Finances.”

Goldman Sachs Group who bought a stake in the company in 2016 valued the e-commerce company at USD 1.2 Billion. The investment made the American investment bank to join part owners including parent company Rocket Internet.

The entry of the e-commerce company into public listing has seen rise of speculations that the Germany based Rocket Internet is willing to release parts of its shareholding at the highest platform of trading. This could see Rocket Internet divesting its remaining 28 percent stake in Jumia.

Speculation of this move began late last year with reports saying Rocket Internet which has partnered with both African and European companies to grow the Nigerian outfit could use the IPO to divest and focus on other various interests.

The online retailer was founded in Lagos by two French entrepreneurs in 2012 and now offers services to most of the African population. However, the company has not been all rosy as it has seen a dip in profits as well as cases of reported theft of merchandise as well as stiff competition from Chinese Alibaba as well as Amazon.

other competitors, such as Souq.com in Egypt, which is a company affiliated with Amazon, Konga in Nigeria or Takealot, Superbalist and Spree, which are all part of the Naspers group, in South Africa, may seek to intensify their investments in those markets and also expand their businesses in new markets.

NSE turnover on the rise in mid-week trading

Why Kenya is threatened by Uganda-Rwanda standoff