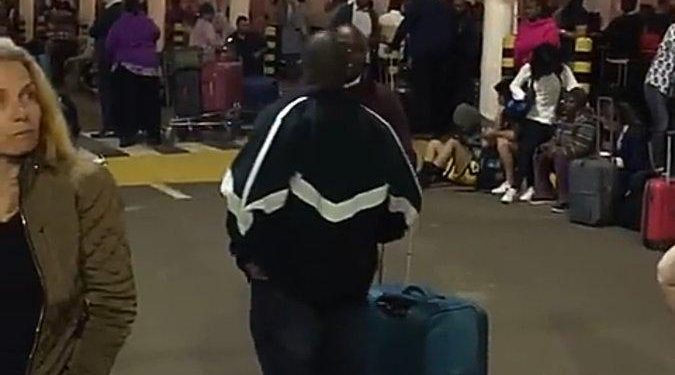 by Kawira Mutisya
in Corporate Suite, Countries, Kenya
0
Share on FacebookShare on LinkedIn

There is a stand still at East Africa’s largest airport, Jomo Kenyatta International Airport (JKIA) as the Kenya Aviation Workers Union (KAWU) have downed their tools.

The union is protesting what they term as the mismanagement of the aviation sector.

According to a section of travelers stuck at the JKIA, no flight has taken off since 3 Am Wednesday morning.

However Kenya Airways sent out a press statement Tuesday evening assuring its clients of continuity of service provision.

“Following the ruling by the Employment and Labour Relations Court to suspend the planned industrial action by the Kenya Aviation Workers Union (KAWU), Kenya Airways wishes to assure its customers and the general public of normal operations as per its schedule,” KQ said in a statement.

A tweet seen by the Exchange has informed its customers to expect disruptions of flights.

“Further to the strike by KAWU members, we expect disruption of flights. Customers on flights after 11am are advised not to come to the airport until further communication. We sincerely apologize for any inconvenience caused,” KQ tweeted.

We will communicate status of subsequent departing and arriving flights within the next 20 minutes.

According to KAWU, the takeover plan dubbed project simba is an outright fraud.“The genesis of problems bedeviling the airline is well known. Corrupt procurement arrangements, poor decision making and open day looting by cartels that now want to extend their insatiable appetite to Kenya Aviation Authority (KAA) at the expense of all Kenyans,” KAWU said in a statement.