by Salum Mohamed
in Infrastructure, Tanzania
0 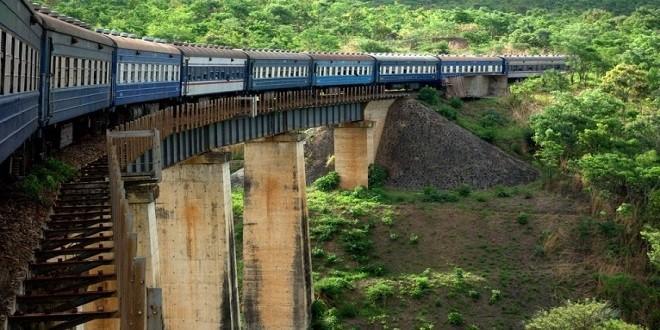 The Chinese ambassador to Tanzania, Wang Ke made the pledge on 5th April during the tomb-sweeping activity to commemorate the Chinese experts who died during the construction of the Tanzania Zambia Railway Authority (TAZARA) line in the early 1970s.

The ambassador said that her country was ready to fund the refurbishment of the TAZARA to explore ways and means of upgrading and overhauling the TAZARA line once a consensus is reached.  The ambassador noted that the embassy had initiated talks with the government over the fund stressing that her country was ready, willing and able to support the refurbishment, and reminded that joint efforts by China, Tanzania and Zambia in overcoming numerous difficulties and obstacles was highly needed to reach the target.

Last year the TAZARA management appealed to the member states to inject more funds in order to make the railway line improve its operations and performance. The TAZARA Deputy Managing Director, Dr. Bertram Kiswaga said that additional efforts would go a long way in ensuring the performance of the railway was improved. He said that TAZARA was transporting 208,000 tonnes adding that in order to be profitable it needed to transport 600,000 tonnes annually.

Dr. Kiswaga said that despite all those, the corporation is unable to pay salaries because it is not making profits, calling the member states to inject more funds to sustain the railway`s performance. He further stated that the challenge was to increase the corporation`s locomotives, wagons, coaches and repairing tracks.

TAZARA  was constructed as a turnkey project between 1970 and 1975 through the interest-free loan of Tshs.1.1 trillion ($500 million) from the People`s Republic of China, with commercial operations starting in July 1976, covering 1,860 kilometers from Dar es Salaam to New Kapiri Mposhi North Eat of Zambia.

However, aged between 30-40 years, most mainline locomotives that are currently in operation have outlived their lifespan and frequently breaking down, a situation exacerbated by the authority`s failure to adhere to maintenance schedules due to liquidity challenges. Over the years, passenger service operational levels have dropped drastically, where four trains per week lifted around 455,000 passengers in the 2014/2015 financial year, compared to double that number of passengers ten years ago despite a growth in population. Earlier, TAZARA used to run six trains per week.

Also read: Discussions on revamping TAZARA to be held in Beijing

ibuild partners with Kenya engineering and technologists registration board