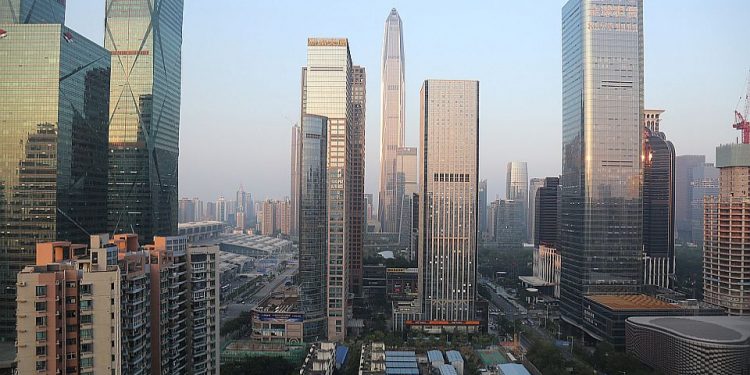 Tanzania’s government is set to open a consulate office in Guangzhou trade hub.

The Minister for foreign Affairs and East African Cooperation, Professor Palamagamba Kabudi made this observation on 5th April, 2019 during the tomb-sweeping event at the Chinese cemetery in commemoration of over 50 Chinese workers and technicians who died in the 1970s during the construction of the 1,860 kilometer Tanzania Zambia Railway Authority (TAZARA) line.

Professor Kabudi said his ministry`s budget proposals for the 2019/2020 financial year includes the costs for establishing the consulate, and the process will begin as soon as the parliament approves the budget estimates. He noted that the opening of the consulate in the Chinese commercial city is timed to go  along with the anticipated direct flights from Tanzania to Guangzhou by Air Tanzania`s new Boeing 787-8 Dreamliner.

He further stated that opening the consulate will enable Chinese investors to access important information on how to set up factories and other businesses in the country. He also said the move is aimed to facilitate and cater for a growing demand for visa services brought about by increased trade between the two countries.

Professor Kabudi also described China as Tanzania’s all weather friend. “Be it during hard times and during glorious times, China has steadfastly remained Tanzania’s friend,” said the professor. He cited the TAZARA line construction times when western countries and the World Bank rebuffed the ideas, claiming that the project was economically not viable, but China accepted a joint request made by former Tanzanian President Julius Nyerere and former Zambian President Kenneth Kaunda to fund and construct the railway line.

He commended the unmatched extent of heroism displayed by the Chinese engineers and workers who at completion of the work, 89 million cubic meters of earth and rocks had been moved, 320 bridges, 22 tunnels and 225 culverts built. He urged people to emulate the courage of the Chinese heroes. “As we pay tribute to them, let their story guide our hearts and minds towards constantly modernizing and expanding TAZARA. He called for the need to ensure that the construction they did with their blood will forever bloom in order to bequeath a bountiful future for generations to come.

He said there was a bigger role for TAZARA to play in future, not only in social economic development, but also in terms of the relationship among the countries of Tanzania Zambia and China, as well as in the relationship between Africa and China as a whole.

Wang Ke, the Chinese Ambassador to Tanzania, said during the construction of TAZARA, more than 50 Chinese experts, technicians and workers, died at their posts and were buried in Tanzania. “Among these martyrs, some sacrificed their lives because of accidents at the construction sites,” said Wang, adding that upholding the TAZARA spirit of striving for success despite of great difficulties, China and Africa have managed to push forward their cooperation to bear abundant fruits. She said over the past 40 years, TAZARA has been playing an important role in economic and social development of Tanzania and Zambia.

Tanzania urged to set aside $65 million, budget by its prime minister