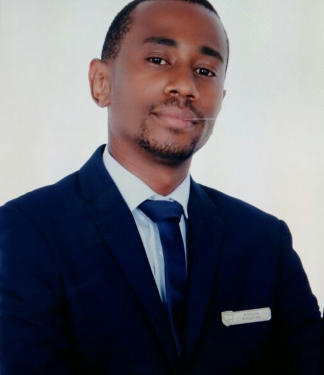 by Opinion
in Africa's Development, Countries, Tanzania
0
Share on FacebookShare on LinkedIn

The Extraordinary Summit on the African Continental Free Trade Area (AfCTFA) that took place in Kigali, Rwanda last year brought together African leaders during which the agreement for establishing the free trade area was presented for signatures. The agreement was signed by 44 of the 55 African Union (AU) member states adding another 5 during the AU summit in Mauritania in June bringing the total number of committed countries to 49 by the end of July 2018. The Continental Free Trade Area (CTFA), will unleash Africa’s potential assembling a population of 1.2 billion people, with a GDP of $3.4 trillion as the world’s largest free trade area since the inception of the World Trade Organisation (WTO).

Tanzania is known as the trade gateway for the neighbouring land locked countries through the port in Dar es Salaam.  According to the Ministry of Trade, the port handles 60% of Rwanda’s exports and imports. Zambia, Malawi, Uganda, Burundi and the Eastern region of Congo (DRC) all depend on the port of Dar es Salaam. Tanzania has commenced review of its policies to spur cross border trade in anticipation of the CFTA. In a statement issued by the State House of Tanzania, President Kagame congratulated President Magufuli for the notable improvements that include a reduction in transit time between Dar to Kigali from 10 days to between 3-6 days and the reduced road toll charges from $500 to $152 per truck between Rwanda and Tanzania to ease cross border transit. Development and harmonization of key infrastructure will catalyse cross border trade and enable Africa’s economic growth.

Last year, President Paul Kagame and President John Pombe Magufuli inaugurated the construction of the 400-kilometre Standard Gauge Railway (SGR) from Isaka to Kigali connecting Rwanda to Dar es Salaam. The railway will enhance trade activity between the two countries improving the Cairo to Cape Town infrastructure that will support the aspirations of the CFTA.

At the Extraordinary Summit of the (AU) in March 2018, former Nigerian President, Olusegun Obasanjo said “African’s economic salvation lies in the CFTA”. In addition to developing the transport networks, responsive financial solutions catered for Africa require financial institutions with a bespoke understanding of the dynamic continent.

A capable financial partner with the requisite experience across Africa, a deep understanding of the continent and its dynamics, with tailored products and services is compulsory for the facilitation of trade in the region and Africa in order to make progress real. Stanbic Bank Tanzania has several financial instruments and products such as import & export letters of credit (LCs), guarantees, bill financing, import & export financing and many other tailor-made products as per client needs with different payment & collections platforms such as Business Online banking platforms to facilitate cross border trade. With a Pan African presence in 20 countries, the bank’s Visa card provides a safe and secure way to transact across the continent. The digital economy has simplified the way people transact – gone are the days when traders and business people would carry money for purchases in other countries. The round the clock access to the banking online (BOL) platform with uniformity all across Africa and multiple African currencies empowers individuals and businesses to transact seamlessly across the continent.

Growth of the SME sector underpins Tanzania’s industrialization agenda. For businesses to prosper in Africa’s evolving and competitive environment, agile technology that can be tailored to businesses is essential. The secure Business Online platform can be customized to the needs of a business whereby company profiles on the platform can have unlimited access to the account performing multiple roles such as initiating and approving payments and can capture accounts in different countries. The platform is synchronized to the requirements of the central bank for overseas transactions requiring supporting documents and has the capability of sending the documents as an attachment further simplifying cross border trade.

GDP growth of the regional trading blocs, East African Community (EAC), Common Market for Eastern and Southern Africa (COMESA) and Southern African Development Community (SADC), has increased year on year to an aggregate GDP of $1 trillion in 2016 according to the Hagan Lovells report and a combined population of 625 million people that provide the tremendous human capital required to position the continent as the new frontier it truly is. According to analysts, if the CFTA vision becomes a reality, intra Africa trade could increase by at least 50% over the next 5 years from the current 15% – this should be enough motivation for the AU member states to act with urgency towards its implementation.

Customer Empowerment in the Digital Age