by Giza Mdoe
in Industry and Trade, Tanzania
0 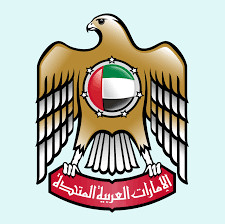 UThe new Ambassador of the United Arab Emirates (UAE) to Tanzania, Khalifa Abdulrahman Mohamed Al-Marzooqi recently announced plans for the UAE to open a consulate in Zanzibar this year.

In a meeting with Zanzibar Second Vice-President, Seif Ali Iddi, in Unguja last last year, Ambassador Khalifa said the consulate will serve to foster diplomatic relations between the two countries.

The envoy also expressed interest by UAE investors to venture into Zanzibar and invest in various sectors particularly in the tourism industry. He cited the good bilateral relations that the UAE shares with Zanzibar and that building diplomatic relations as well as trade and investment will only help to cement these ties.

His host, Zanzibar Second Vice-President, Seif Ali Iddi, welcomed the gesture and encouraged UAE investment in Zanzibar. He underscored the good investment environment that the Island harbors as well as favorable policies for foreign investment.

He said increased trade with the UAE and investment will significantly boost the Island’s economy and improve the welfare of the people by creating jobs. The Second Vice President also noted that improved relations are of mutual benefit to the two nations.

This high profile meeting between the UAE diplomat and the high ranking government official comes in the wake of the recent visit to the UAE by Zanzibar President Ali Mohammed Shein.

The president invited investors from Abu Dhabi and across the Arab Emirates to seize the available opportunities in Zanzibar across various sectors including, agriculture – particularly horticulture, tourism sector and the catering and hospitality sector.

Following President Shein’s visit, the Island inked a major oil and gas exploration deal with a United Arab Emirates based firm, RAKGAS Company. The pact was signed at State House in Zanzibar and was witnessed by several high profile dignitaries. Regional media described the agreement as a mile stone to investment and development in the isles. “The agreement covers the Pemba-Zanzibar block and involves exploration, development, production and ultimate sharing of benefits derived from resources found,” wrote African Daily Voice.

Similarly, only in May 2018 speaking at a high profile meeting held in Dubai, Chairman of the Dubai Chamber of Commerce and Industry H.E. Majid Saif Al Ghurair, urged Dubai investors ‘to take advantage of the attractive business opportunities in Tanzania.’

The meeting was held on the side of the ‘Tanzania-UAE Business and Investment Forum in Dubai.’ At the meet, the delegates were informed that ‘Dubai accounts for a majority of the UAE’s trade with Tanzania…’ wrote Business & Financial Times (B&FT) in its coverage of the forum and that ‘Dubai-Tanzania non-oil trade has grown steadily to reach $1.8 billion in 2017 and more than 200 Tanzanian companies are registered with the Dubai Chamber.’