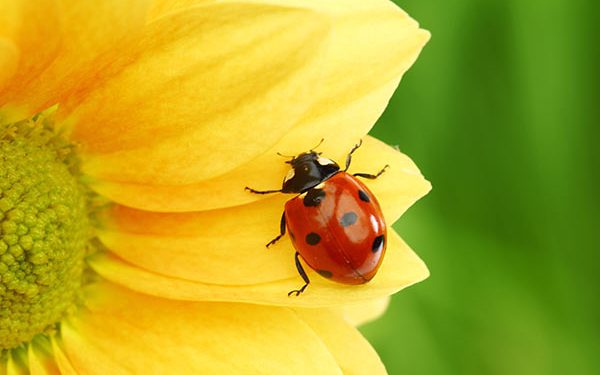 by Kawira Mutisya
in Agribusiness, East Africa
0
Share on FacebookShare on LinkedIn

Growers in Tanzania can now benefit from a range of Dudutech’s biological pest control products following the firm’s move to set up shop in the country.

According to a statement from Dudutech, the portfolio approved by Tanzanian authorities includes beneficial mites and fungi used to sustainably protect crops against Thrips, red spider mites and root knot nematodes.

The products, traded as BEAUVITECH, MYTECH and PHYTOTECH, will enable flower and vegetable growers to harness nature to protect their crops in a sustainable, environmentally intelligent way.

According to Livingstone Chepukel, Dudutech East Africa Sales Manager Tanzania’s agriculture sector is large and growing but farmers face major challenges in sustainably protecting their crops against pests and diseases which ultimately impact on access to external markets and their bottom line.

“Dudutech’s entry into the market is an important step forward in securing the long term future of the agriculture industry in Tanzania.” He added.

These solutions were specially designed and developed under a “by growers for growers” mantra to provide farmer-focussed alternative approach to crop protection. In the past, farmers relied heavily on chemical pest controls which are potentially harmful to the environment, people and long term economic viability of agribusinesses.

Thrips, red spider mites and nematodes can be difficult to effectively manage using chemicals alone. This is due to a confluence of problems compounding challenges such as resistance management, market restrictions, non-target effects and safety restrictions. When these issues arise, farmers suffer lower productivity, reduced plant quality and increased costs. Using biocontrols addresses each of these while protecting the long term future of growing and selling crops.

Types of organic pesticides from Dududtech

PHYTOTECH, one of Dudutech’s flagship biocontrol products, deploys specially reared beneficial mites called Phytoseiulus persimilis, powerful natural predators which actively hunt and feed on red spider mites including their eggs, nymphs and adults. PHYTOTECH is safe to use and does not face natural resistance issues, unlike many routinely used chemical controls.

BEAUVITECH contains spores of a specially developed entomopathogenic (insect-killing) fungus called Beauveria bassiana which naturally targets Thrips in vegetables and flowers. When the spores come into contact with the target, they attach and penetrate the insect before feeding on internal tissue, killing the pest. Spores then emerge from the cadaver, ready to attack a new host. The formulation was designed to allow farmers to apply the product and safely interact with the crop immediately after spraying.

MYTECH contains formulated spores of Paecilomyces lilacinus, a nematophagous fungus which traps and digests root knot nematode adults, juveniles and eggs in the soil. MYTECH spores attach to a target nematode then form mycelia to trap it before invading and feeding on the host. The spores then emerge to continue the lifecycle on a fresh host. MYTECH is applied to the growing medium using drip irrigation or spray equipment to allow the fungal colonies to easily spread through the soil to infested regions in the crop. Chemical controls for root knot and other pest nematodes often harm beneficial non-target macro and micro-organisms living in the soil around the crop roots. By using MYTECH growers can manage root knot nematodes without damaging the natural soil biome which crop plants rely on.

FAO on the Agricultural sector in Tanzania

According to Food and Agriculture Organization (FAO), agriculture provides a living to around 80 percent of Tanzania’s workforce. Most of the farmers in this country, of more than 49 million people, grow rainfed crops on small plots of land.

Although cereal production in 2013 topped the country’s previous five-year average, unpredictable weather, poor infrastructure and the lack of new technologies continue to undercut productivity. The country’s Kagera region, near Lake Victoria, reported acute food insecurity in 2013, after pests and plant disease put a serious dent in banana and cassava yields.

Agriculture is one of East Africa’s most important sectors, with about 80 percent of the population of the region living in rural areas and depending on agriculture for their livelihood.

Dudutech has the largest biological production facility in sub-Saharan Africa, employing, over 250 full time staff among them experienced agronomists, PHD, masters, degree and diploma level scientists. Dudutech has invested in a 15 ha production facility, two indoor insectaries and a state-of-the-art microbial production unit. We have offices in Kenya, Netherlands, the UK, South Africa, and distribution partnerships in USA and Zimbabwe with an aim to enter markets in Canada, Colombia, Guatemala, Ecuador and Mexico.