by Kawira Mutisya
in East Africa
0

Regional entrepreneurs need to patent their products and ideas to prevent them from being stolen by unscrupulous individuals.

Uasin Gishu Senator, Professor Margaret Kamar has urged the Micro,Small and Medium Enterprises in the East African Community adding that it was only through patenting that East African products would not be misused and abused.

“The kiondo basket,which was a Kenyan innovation that had been patented in Japan, adding that any Kenyan who wanted to produce the same had to ask for permission from the patent owners.” Said Prof Kamar.

Kenya, according to the senator, is one of the first countries in Africa to pass intellectual property laws and therefore Kenyan innovators have been urged to take advantage of this law to protect their products and ideas against theft.

She said value addition to minerals and raw agricultural produce was a must if African countries were to reap maximum benefits from its exports their trading partners in Europe, North America and Asia.

The senator also called for the elimination of middlemen so that African products could directly access markets in Europe and the USA, adding that EAC governments should also promote African apparel and textiles by making it mandatory for employees to wear the same for at least three days of the week.

“Our future in EAC is to promote our own goods. The balance of trade with the outside world is still very huge and we need to bridge that gap,”said Prof. Kamar.

Last year, the Kenya Association of Manufacturers (KAM) launched the EAC Intellectual Property Rights (IPR) Regime Study which aims to enhance regional protection of IPRs, as a contributor to achieving the industrialization agenda.

According to the study, illicit trade affects manufacturing value-add industries in Kenya and the EAC, erodes the market share of genuine manufactured products, threatens expansion and survival of industries and hampers creation of job opportunities.

KAM has been a key stakeholder in championing the war against counterfeiting in Kenya by supporting the Anti-Counterfeit Agency (ACA) as well as promoting EAC regional integration through the Association’s vigorous advocacy work.

According to the state Department of Industry Principal Secretary, Mr. Patrick Nduati, the government’s agenda of industrialization can be achieved if we have an environment that protects Intellectual Property Rights.

“Most challenges caused by illegitimate trade are felt by economies that are still developing. Our partnerships, between government and the private sector will determine how successful our fight against counterfeit is.” he added.

Senator Kamar was speaking at the Eldoret Sports Club grounds in Eldoret, Uasin Gishu County, Kenya, when she presided over the official closing ceremony of the 19th EAC Annual Jua Kali/Nguvu Kazi Exhibition. The exhibition opened its doors on 2nd December, this year and drew more than 1,500 exhibitors from five EAC Partner States, namely Burundi, Kenya, Rwanda, Uganda and Tanzania.

In her remarks, the Deputy Director of Trade in the Ministry of Trade, Industrialization and Cooperatives, Kenya, Ms Gladys Kinyua, called on EAC Partner States to establish One Stop Shops for MSMEs in the capital cities to enable them to move their products freely within the region.

Ms Kinyua, who represented the Principal Secretary in the Ministry, Dr. Chris Kiptoo, further urged the EAC Secretariat to create a website where MSMEs in the region could market their products to the world freely.

Speaking at the event, the Uasin Gishu County Executive Committee for Trade, Dr. Emily Kogos, urged EAC governments to support MSMEs saying that they were the foundation for industrialisation in East Africa.

The Director of Trade at the EAC Secretariat, Al Hajj Rashid Kibowa, described the 19th Exhibition as the best and biggest ever, adding that innovators had sold their products,struck deals and built networks with some procuring orders for delivery.

“We take MSMEs seriously because they will be the starting point for investment and industrialisation in the region,” said Al Hajj Kibowa. 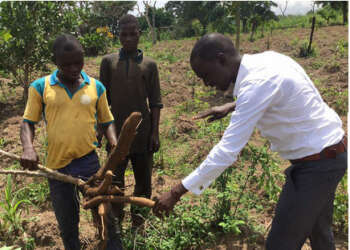 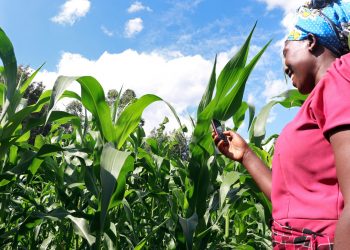 Construction of $751.2 million Kenya-Tanzania Highway to begin in 2019

What family businesses in Kenya fear most