Why Magufuli, Kenyatta are worried over Kenya-Tanzania borders

Presidents:Uhuru Kenyatta(L) with John Magufuli during the commissioning of the Namanga OSBP on December 1 2018

Amongthings the heads of state are worried about is ‘Corruption’ at borders where asection of customs, immigration and security officials are accused of asking for bribes, while allowing illegal businesses to thrive.

Speaking during the commissioning of the Namanga One Stop Border Post (OSBP) on December1, the two heads of state warned government officials against the vice.

The two Presidents are also concerned about frustrations faced by small scale traders doing business across the borders.

Business between the two countries is mainly done at the main border points of Namanga, Taveta-Holili, Lunga Lunga-Hororo and Isebania-Sirari.

President Kenyatta and Magufuli say corruption and frustration of small scale traders is undermining economic development in the two countries and the East Africa region at large.

“We must make it easy for them small traders to do business,” President Kenyatta said, “As leaders, we must ensure our citizens do business without barriers,”.

The president warned customs and immigration officials against corruption asking them to instead; facilitate easy movement of people and goods to boost trade between the two countries.

“Small scale traders and SMEs are the backbone of the economies hence we need to ensure a conducive environment for their growth,” he said.

Kenya and Tanzania share a border line stretching 769 kilometres and since independence, the two have engaged in an on and off diplomatic war which has affected trade and movement of people, while discouraging cross-border investments.

One of the most severe to be reported was in 1977 when founding Tanzania President Julius Nyerere closed the Kenya-Tanzania border, adding up to the tension that was already building on the  collapse of the East African Community.

During the time, Tanzania impounded Kenyan vehicles and private aircraft worth millions of dollars.

In 1983, the two countries renewed diplomatic ties, a time when a number of factors including social factors were slowing down the idea of Ujamaa in Tanzania, among them the war with neighbouring Uganda.

This enabled the building of bilateral relations with Tanzania being a strategic partner of Kenya in many areas particularly trade, security, education, agriculture and energy.

But with the two running on different economic policies, there has still been existing differences with a battle for dominance in the East African region.

This is despite a number of factors that should be uniting both countries which are home to the world’s largest Swahili speaking populations with Swahili being an official and national language in both countries.

The two states also share a lot of cultural similarities with communities living along the border sharing a lot including tribe lines.

The differences have however not shut investments completely. Many Kenyan firms have continued with operations in Tanzania. Among them is the national carrier Kenya Airways, tier one banks-Kenya Commercial Bank, Equity Bank and other key private entities.

The value of Kenyan investments in Tanzania is above US2 billion (Ksh205.4 billion) with over 500 projects.This has created over 55,000 jobs making Kenya among the top five investors in Tanzania.

The two countries have also had a row on sweets, affecting Kenyan exports on confectionery, juice, ice cream and chewing gum. Other issues have been around tobacco, unprocessed foods, milk products and cigarettes from Kenya which were blocked from entering Tanzania.

Tanzania went ahead to introduce a Ksh5, 000 fee for business visas even for a one-day visit.

The trade wars are partly blamed for the drop in trade volumes where in 2017, Kenyan exports to Tanzania dropped to Ksh28.5 billion from Ksh34.8 billion in 2016.

On the contrary, the value of imports from Tanzania increase to Ksh17.2 billion from Ksh12.8 billion. The differences area gainst the East Africa Community spirit of regional integration.

President Kenyatta and Magufuli are however keen to restore bilateral relations between the two countries for development.

During the commissioning of the Namanga OSBP, the two heads of states called for collaboration between their governments and citizens of the two countries.

The two leaders expressed confidence that the OSBP model being implemented by the East Africa Community member states will open up borders for trade.

“From where I am standing you can’t even tell who is Tanzanian and who is Kenyan,faces look alike, you will find someone has a lover in Tanzania, boyfriend in Kenya, things are moving smoothly, that is East Africa. I plead with you my Tanzanian and Kenyan brothers, lets strengthen our unity,” Magufuli alluded.

“Business is between the citizens. We as governments we are facilitating the trade relations,” he added, “Uhuru and I are friends, we get along well and I have many friends in Kenya, So I am asking you my Tanzanian brothers, lets maintain our unity. This border must build our economies, benefit households both in Kenya and Tanzania.”

The EAC Secretariat, government officials from both countries have been pushing to resolve the issues even as trade is expected to thrive under the OSBP initiative.

Under the OSBP, customs and immigration officials from either country are housed under the same roof on either sides of the border, where they provide clearing services. Once cleared, one moves on with their transit activities without having to stop on the other side.

The Act is now augmented by the World Trade Organization’s (WTO) Trade Facilitation Agreement(TFA), which entered into force in February 2017.

Kenya and Tanzania share three major borders where OSBP projects are in place. They include Taveta-Holili, Lunga Lunga-Hororo and Isebania-Sirari.

The OSBPs pave way for speedy clearance of goods moving in the main trade corridor between Kenya and Tanzania-Northern and Central Corridor, while improving revenue baskets for the two states.

For instance at the Namanga border, revenue received between October and February 2016/2017 financial year was at Ksh993 million. Comparatively,some Ksh1.46 billion was collected over the same period in the 2017/2018 financial year which translates to a Ksh466 million increase in revenue collected.

Tanzania’s revenue has increased from an average Tsh3 billion to Tsh4.5 billion per months and in the current financial year 2018/19, the government is expecting to collect up to Tsh58 billion at the OSBP.

With the OSBP, the two governments are hoping to increase trade volumes while strengthening their bilateral relations as pledged by the two Presidents.

President Kenyatta is expected to make an official visit to Tanzania next year February, on the invite of his host, a visit that is expected to address any differences while strengthening bilateral ties. 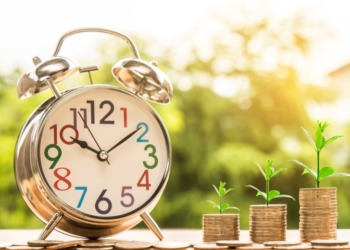 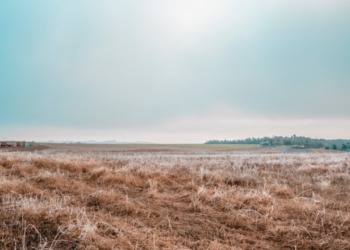 You own a gun in Kenya? This is what you should know