by Chacha Mwita
in Economic Growth
0

A view of Nairobi City,Kenya's Capital.


NAIROBI, KENYA, JAN 15 — Kenya’s economy will expand by between 5.7 per cent and 5.9 per cent, investment firm- Cytonn has projected.

This will be driven by the recovery of the agriculture sector and growth in the tourism, real estate and manufacturing sectors.

The firm which released its 2019 Markets Outlook on Monday says inflation is expected to remain positive with inflationary and inflation rate averaging 5.4 per cent over 2019, which is within the government target range of 2.5 per cent and 7.5 per cent.

The Kenya shilling is rated neutral where  it is projected to range between Ksh101.0 (US$0.99 ) and Ksh104.0 (US$1.02) against the US dollar, supported by the Central Bank of Kenya(CBK) in short term through its “sufficient reserves of US$8.0 billion, increasing diaspora remittances and an improving current account position.”

Interest rates are expected to remain relatively stable as the CBK continues to reject expensive bids amid improved liquidity in the market.

“Our outlook for Kenya’s macroeconomic environment is positive , supported by expectations for strong economic growth at between 5.7 per cent -5.9 per cent , a stable currency, inflation rates within the government’s target, and stable interest rates in 2019. This conducive operating environment should support investments in the equities market and private equity activity, where we have a positive outlook in both asset classes, owing to the attractive valuations,” said Caleb Mugendi, Senior Investment Analyst at Cytonn.

“We also expect monetary policy to remain accommodative and political stability in 2019. However, worries about Kenya’s debt sustainability, and the revenue collection capacity by the Kenya Revenue Authority against its Budgetary targets, have led to a build-up in short term risks, thus our view is that investors should be biased towards Medium Term Fixed Income Instruments,” added Caleb.

Research Analyst at Cytonn Juster Kendi said:Our outlook for real estate is neutral, as the slowdown in demand for property persists amid increasing supply. We expect a positive performance in sectors like mixed use development, land and hospitality, and a negative performance in the commercial office sector and listed real estate.

In 2019, the investment firm expects the real estate sector performance to be shaped by focus on affordable housing under the government’s Big Four agenda, increased mortgage uptake and adoption of sustainable developments and technology.

“We note that the real estate sector is mainly constrained by high financing cost for both developers and off takers, and we expect the market to pick up should the interest rate cap be lifted, or should the government establish other financing methods such as tapping into capital markets and incentives for the mortgage market,” Juster said.

The stronger growth will be driven by improvement in weather conditions which will boost agricultural production, improved growth in commodity driven countries such as Nigeria and Angola, and strong economic growth in Ethiopia, Ghana and Kenya at 8.8 per cent, 7.3 per cent and 5.8 per cent respectively. 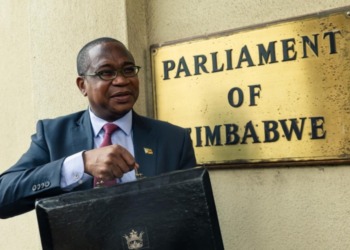 Relief for Kenyans as fuel prices get slashed

Why high risk borrowers , SMEs in Kenya could get easy loans