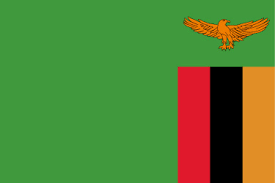 On the contrary, the International Monetary Fund (IMF) projected economic growth will slow further in 2020, to 1.7 per cent

Zambia’s economy is expected to grow by 3 per cent, according to nation’s President Edgar Lungu who said on Thursday that, the nation’s economic growth will be slightly off the previous forecast of 3.2 per cent.

According to Reuters, President Lungu revealed the growth projection when he was meeting diplomats, and commented on the fiscal deficit which was expected to shrink from 6.5 per cent in 2019 to 5.5 per cent in 2020, while inflation would remain within the range of 6 to 8 per cent.

However, in October 2019, Bloomberg reported that Zambia’s inflation rate remained at a three year high in October and economic growth slowed, complicating the central bank’s task.

Further, annual consumer inflation accelerated to 10.7 per cent from 10.5 per cent in September 2019, whereby Zambia Statistics Agency noted to be the fastest rate of price growth since October 2016.

The economy of Africa’s second-biggest and world’s seventh-largest copper producer, expanded by 2.2 per cent within three months through June of 2019, which was noted to be slowest since at least the first quarter of 2016.

In addition, Bloomberg reported that, during the annual speech to open parliament in September 2019, President Lungu said that climate change was a crucial factor towards economic growth troubles.

Zambia’s economy which is also fueled by agriculture (contributing about 8.2 per cent to Gross Domestic Product-GDP), suffered the worst drought in almost four decades in the southwest of the country, causing devastating crop failure and raised food and fuel prices.

On the other side of the mark, the International Monetary Fund (IMF) projected economic growth will slow even further in 2020, to 1.7 per cent.

Over 200 mining jobs threatened in Zambia