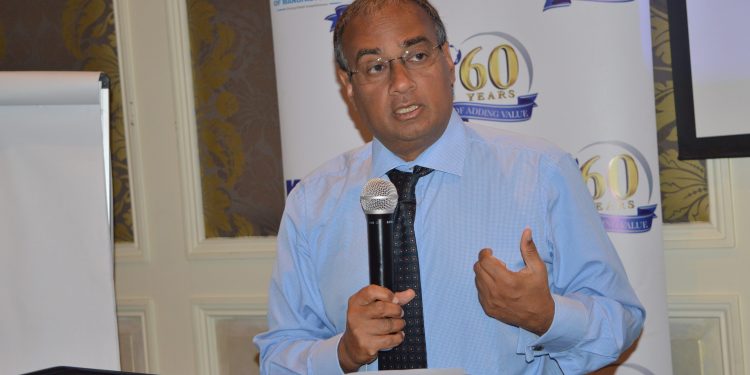 Lack of prioritization and ineffective implementation of policies have been cited for gravely impacting Kenya’s manufacturing sector.

This came up during the high- level Manufacturer’s economic forum, organized by Kenya Association of Manufacturers, in Nairobi.

According to a statement from the Kenya Association of Manufacturers (KAM) , the forum which consisted of representatives from Academia, Government, Economic Think-Tanks and Industrialists, cited Kenya’s declining competitiveness in the region as a consequence of little or no implementation of existing policies, as well as, a consistent disruption of well-intentioned development programmes by each election cycle.

According to the KAM Chair Mr Sachen Gudka, Kenya’s manufacturing sector’s contribution to the GDP has averaged 10 per cent and has been on a declining trend, contributing 8.4 per cent to the GDP in 2017 and 7.7 per cent in 2018.

“Industrialised countries have experienced an average GDP growth rate of 7 per cent sustained for over 25 years. This has to be the case for Kenya if industrialisation is to materialise. For example, the Asian Tigers (South Korea, Taiwan, Singapore and Hong Kong) achieved manufacturing-led growth attributed to good policy implementation. Less rigid laws and regulations on labour and taxation gave room for low-cost manufacturing, thus driving up their competitiveness,” said Mr Gudka.

Despite the government’s commitment to growing the sector, there has been little growth yet manufacturing is expected to contribute 15 per cent to the GDP by 2020 as envisioned in the Big Four Agenda.

Institute of Economic Affairs CEO Mr Kwame Owino added that a structural shift is required for economic transformation in Kenya.

“Structural transformation will enable us to attain the desired change into a middle-income country as a generation and create new sources of employment. We need to change our industrial, investment, regional integration, competition and productivity monitoring policies to achieve a 15 per cent contribution to the GDP by the manufacturing sector by 2020,” remarked Mr Kwame.

“Without the industrialization drive, economic take-off becomes quite difficult. Without sustained investments in human capital and institution-building, growth is condemned to peter out,” said Mr Oriwo.

Professor Nick Wanjohi, a Political Science Scholar, explained that the political economy has a direct implication on the manufacturing sector’s growth.

“At present, Kenya’s economy is characterized by increasing budget deficits resulting in rising stock of public debt, declining competitiveness, low demand, low liquidity, unpredictable and unstable regulatory environment, increasing the trade deficit, job losses, corporates issuing profit warnings and bear run of the Nairobi Security Exchange (NSE). This is a reflection of an ailing economy, yet robust economic performance is required given that 36.1 per cent of Kenyans live below the poverty line, 85 per cent of the unemployed Kenyans are the youths, tax revenues are shrinking while the budget deficit is rising,” added Prof Wanjohi.

The Forum sought to address what should be done to drive manufacturing growth and provide a clear path for Kenya’s development agenda.

How D.R. Congo will change its road network using nanotechnology

What to look out for as the Premier League returns