Chinese Ambassador, Miss Wang Ke promised the firm`s assistance in finding market for the processed cashew alongside pledging China`s support in the improvement of economic development especially in trade and industry sectors.

by Salum Mohamed
in Agribusiness
0

The Chinese owned Sunshine Industry is set to be established in Mtwara region and expected to process about 5,000 tonnes of cashewnut annually. T

he Minister for Trade, Industry and Investment, Joseph Kakunda, stated the government and the firm`s management are still proceeding with discussions and the firm is expected to begin operations very soon.

This was when the Chinese Ambassador, Miss Wang Ke, visited the Ministry`s offices to discuss economic cooperation between the two countries. The ambassador promised the firm`s assistance in finding market for the processed cashew alongside pledging China`s support in the improvement of economic development especially in trade and industry sectors.

All this comes after the Tanzanian government`s record controversial move when it decided to purchase the year`s entire cashew harvest of about 200,000 tonnes from the local farmers. This was due to failure of the business men to purchase a kilo at the government proposed price of Tsh. 3300 ($1.4).

Other private factories include MeTL, Sonel of Mikindani, Premier Cashews, and Terra Cashew Processing Tanzania in Kibaha with a 6,000 tonnes annual processing capacity. Despite the presence of all these factories in the country, the entire cashew consignment cannot be processed creating a need for more cashew processing investments into the country. 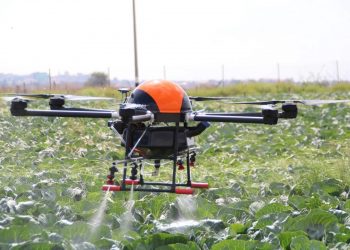 The waterfront swings open its doors to Nairobi

What, where Chinese invest in Africa

KTB hunts for more tourists from the US